On a hot summer's day in 1991, when her husband had taken their two adolescent sons out of town, Connie Rappaport's rabbi asked to come over for a swim in the lake near her house.

Rabbi Arnold Fink, the family's spiritual leader at Beth El Hebrew Congregation in Alexandria, Va., for more than a decade had been counseling one of the boys and had grown close to Rappaport and her sons.

"I was welcoming a friend and teacher who had been part of my religious and family life for a long time," said Rappaport.

As they ate the ice cream sundaes she had served, Fink suddenly shoved his spoon in her mouth and said, "`You must taste mine,'" Rappaport recalled in an interview.

"In the next instant he grabbed me and pulled me over to him in a tight embrace. I found myself locked with him in an intense and passionate kiss."

A "passionate sexual involvement was not what I expected," said Rappaport, a freelance radio reporter, of her ensuing six-month relationship with the rabbi.

In a recent interview, Fink acknowledged the relationship but said it was not inappropriate, because he was not counseling Rappaport in any way at the time and he believed that Rappaport was in the process of getting divorced.

But Rappaport says that although her marriage was troubled, she planned to stay with her husband another several years until their sons were in college. She was also dealing with the recent death of her mother.

"I honestly did not know how to say `no' to my rabbi, the most important authority figure in my life at the time," she said.

Rappaport's story is not unique.

Although the overwhelming majority of rabbis do not misuse their power by sexually harassing or abusing their congregants, sexual exploitation happens more often than anyone would like to think.

Rabbinic sexual exploitation involves more than adultery. It is the misuse of a powerful role, experts say, and includes unwanted sexual advances toward a congregant, verbal or physical harassment, taking advantage of a counseling relationship, or even acquiescing to a congregant's overtures.

American society has grown more conscious of the issue of clergy sexual misconduct in recent years. And the problem has not escaped the Jewish community, as several recent cases illustrate:

*Early in 1995, a Philadelphia-area congregant complained that she had been fondled by a widely beloved Conservative rabbi. The rabbi had led her synagogue for nearly 50 years. Once she came forward, the floodgates opened. At least a dozen women in the congregation said the rabbi had been verbally harassing and fondling them, with some incidents dating back 40 years. The rabbi was forced to retire promptly.

*In mid-1995, a Reconstructionist rabbi was accused of pedophilia by someone he had allegedly molested 17 years earlier, when he worked as youth director at the complainant's congregation. When questioned by members of the Reconstructionist Rabbinical Association's ethics committee, the rabbi admitted to having molested one or two other minors since his ordainment eight years before. The association expelled him earlier this year.

*The married senior rabbi of one of modern Orthodoxy's most highly respected Northeastern synagogues began dating a congregant who had been seeing him for counseling while she was separated from her husband. The rabbi divorced his wife and married the congregant. The synagogue did not renew his contract.

*In June of this year, a former part-time employee and congregant at San Leandro's Conservative Temple Beth Sholom filed a lawsuit alleging sexual harassment and other misconduct by Rabbi Ira Book. The rabbi, who had been fired from the East Bay congregation on an unrelated charge in the spring, adamantly denies any wrongdoing. He has filed his own lawsuit against the synagogue for breach of contract, slander and libel.

*In a well-publicized 1992 case, Rabbi Robert Kirschner, a charismatic and successful young Reform rabbi who led San Francisco's Congregation Emanu-El, allegedly sexually exploited and harassed female congregants and others — including an anorexic woman — over a period of several years. When four of those women came forward to the synagogue board and demanded Kirschner's resignation, the married father of four complied. He left with a package that included a year's salary, his accrued pension and his share of the equity from a home co-owned by his family and the synagogue. A dozen women ultimately came forward to complain and at least three women settled out of court with the synagogue and its insurance company.

Although no official statistics exist that measure the extent of the problem of rabbinic sexual misconduct, there are some reliable indicators, say those who have studied the issue.

In the mid-1980s, when Winer, a member of the Reform rabbinic organization's executive committee, informally studied the approximately 60 largest congregations in his movement, he found that during a 20-year span, allegations of rabbinic sexual misconduct resulted in nearly as many pulpit changes as deaths and retirements combined.

Experts on the sexual misconduct of clergymembers — Jews and non-Jews alike — estimate that the incidence of rabbinic sexual exploitation is about the same as among Protestant ministers.

A 1992 analysis of surveys of ministers from five mainline Protestant denominations revealed that 39 percent had had sexual relationships of some type with congregants, according to Marie Fortune, founder and director of the Seattle-based Center for the Prevention of Sexual and Domestic Violence.

Twelve percent of the ministers surveyed admitted to having sexual intercourse with their congregants.

"That number bears no relationship to the reality of incidents in our community," said Rabbi Eric Yoffie, head of the Reform movement's Union of American Hebrew Congregations. "I think it is a wildly exaggerated figure and until there is evidence to the contrary, I don't believe it."

"I don't want to sound like I'm denying the fact that I know there probably is such sexual exploitation," he said. But "our approach to the whole issue of human functioning, including sexuality, as Jews is quite different than that of Protestants or Catholics, and I think that our approach by and large is much healthier. I have a feeling that there is less of the exploitative."

Rabbi Steven Dworken, executive vice president of the Rabbinical Council of America, an Orthodox organization with about 1,000 members, said the Orthodox rabbinate, too, is less exploitive.

But many rabbis working in congregations and other settings say the comparison with the Protestant figures confirms their own sense of what is happening in the rabbinate.

"People who make light of it, who say it's a few rotten apples, don't get it," Winer said. "When you have an epidemic like this, you have to look at something going on underneath the surface."

Rabbi Nina Cardin, a member of the executive council of the Conservative movement's rabbinic organization, said she believes that "we as rabbis don't yet know how to handle this."

Jewish and non-Jewish experts in the field say something comes with the title "rabbi" that some clergymembers do not understand and others exploit: power.

Rabbis have spiritual, psychological and emotional power over their congregants, say experts in clergy sexual misconduct.

No matter how egalitarian the relationship between rabbi and congregant appears to be, they say, there remains an ineluctable imbalance of power.

"Rabbis, or any religious figures, embody a representation of God whether they want to or not," said Debra Warwick-Sabino, director of the California Center for Pastoral Counseling, a Sacramento-based agency that deals with clergy sexual misconduct.

"With other people you have a secular type of trust, but with clergy there is a sacred trust," said Warwick-Sabino.

Warwick-Sabino said she was sexually harassed by Congregation Emanu-El's Kirschner, which she says led her to study the issue professionally.

Some rabbis — particularly those who have dated members of their synagogues — dispute the notion of an imbalance in the dynamic with congregants.

"A rabbi is not God, not an emissary of God. A rabbi is a teacher; our tradition is clear on that," said Fink, the Virginia rabbi accused by a former congregant of sexual exploitation.

But that congregant, Rappaport, had a different view. "I never called him `Arnold.' He was `Rabbi,'" she said. "I felt like I was making love to God. That's what made it so powerful.

"It was the most intense spiritual and sexual relationship I'd ever had in my life."

Fink, who has since remarried, said in a telephone interview that when he dated Rappaport, he made it clear to her that he was "dating her as a person, not as a rabbi, that this could in no way be construed as a rabbi or counselor relationship."

When "we had the relationship, whatever power we had was a shared power," he said.

After the rabbi broke off the relationship, Rappaport brought a complaint to the Reform movement's rabbinical organization, claiming that Fink had exploited her.

In response, the ethics committee of the Central Conference of American Rabbis sent Fink a letter of censure for conducting a relationship that it said had "the appearance of impropriety."

"In publicly accusing me, Connie grabbed a different kind of power," Fink said. "My hands are tied behind my back. The congregation has been victimized by it."

Fortune, of the Center for the Prevention of Sexual and Domestic Violence, said: "A congregant who turns to her rabbi for counsel or as a student is not his peer.

"She is not in a position to be fully consenting even though she may be eagerly engaged in this process" of sexual relations, and "may even have initiated it."

Gross Schaefer, also a professor of business law and ethics at Loyola Marymount College in Los Angeles, has been one of a handful of rabbis within the Reform movement advocating a change in the way rabbinic sexual misconduct is handled.

According to Rabbi Howard Jaffe, a member of the executive committee of the Reform movement's CCAR, "The role of rabbi is theoretically one of teacher but in reality is, in the vast majority of cases, much more akin to that of pastor."

Mental health professionals use the term "diminished capacity to consent" to describe a situation in which congregants or patients are unable to rebuff unwanted overtures because of the powerful influence of clergy members, therapists or doctors.

The central professional organizations in some other fields have established stringent ethics codes about such relationships and have prosecuted violators.

The American Psychiatric Association's ethics code, for example, clearly states that "sexual contact between psychiatrists and their patients is unethical."

It is also a widely accepted standard in the mental health community that therapists should not begin a social relationship of any kind with a client until two years have passed since the professional relationship has ended.

Fifteen states have criminalized sexual exploitation between therapists and clients; most consider it a felony. Some of those laws apply to clergy as well.

In Gross Schaefer's view, when a rabbi sexually exploits a congregant in some way, the damage can be more profound than when a doctor or therapist does the same thing. 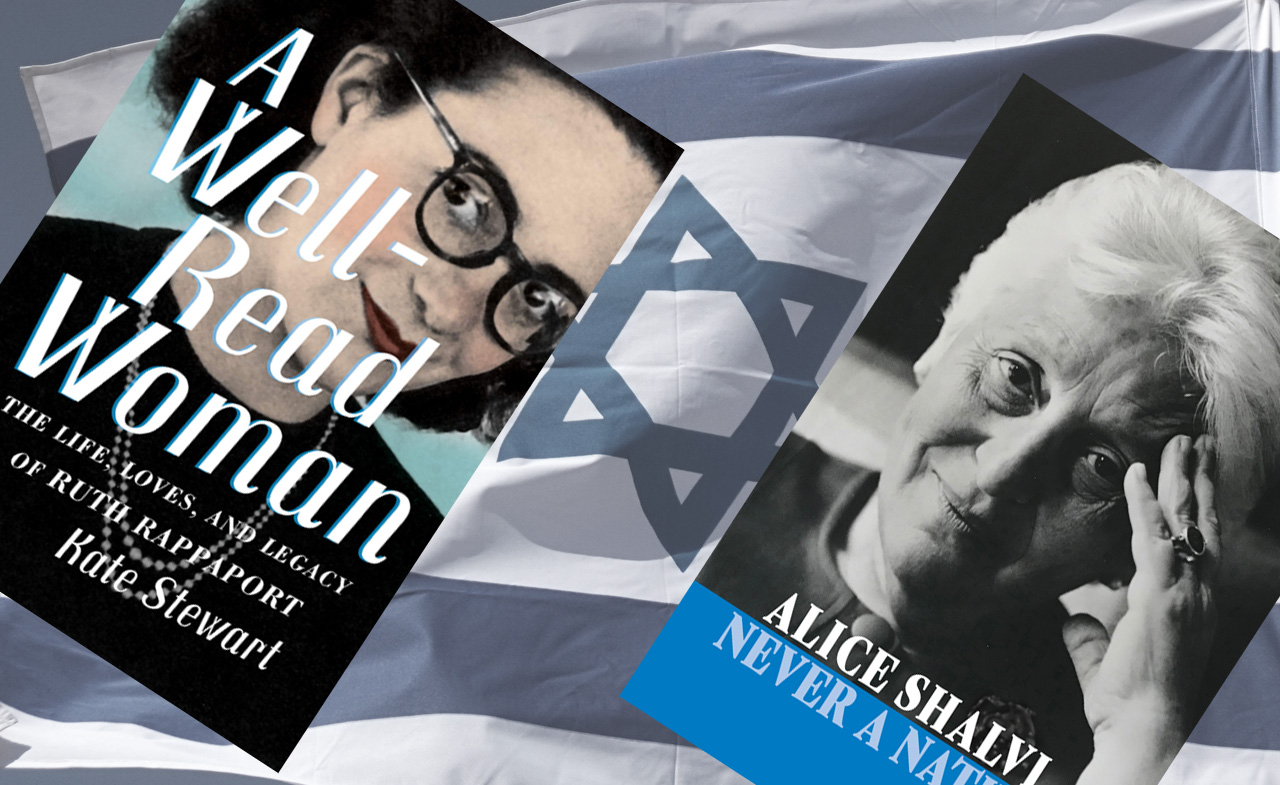