A satisfying end to Yom Kippur: Warming the soul after the fast

Wendy Kleckner, owner of Too Caterers of Menlo Park, won't be lifting so much as a cucumber slice on Yom Kippur, even though her kosher catering company has been booked for several Peninsula break-the-fast gatherings.

"I'm going to shul, honey," said Kleckner, who is a member of Conservative Congregation Kol Emeth. "I'll be there all day. I will have a non-Jewish staff taking care of what needs to be taken care of at all the homes."

This year, Yom Kippur begins at sundown on Tuesday, Sept. 29 and ends the following evening. For many Bay Area Jews who attend services and refrain from food and drink, breaking the fast with friends, relatives and fellow congregants is the most satisfying way to close out the holiest of Jewish holidays.

"People like to have break fasts after a day of soul-searching," Kleckner said. "You feel so relieved coming together, after somehow being changed or bettered by the experience."

For Kleckner, the realities of fasting surface before noon. "By 11, I don't feel very social. I get my caffeine-withdrawal headache, which feels like I'm wearing a turban. I pay for my addiction," she said.

Once the throbbing subsides, Kleckner uses the day to reflect on her behavior over the previous year. "I think about how I do business and how I deal with the community. Every year, I feel a little more connected to the rituals and how, because of my job, I grow closer to the community because I'm feeding people at emotional times — memorials, bar mitzvahs, weddings."

This year, Helene and Andrew Lipton of Atherton, who are members of Reform Congregation Beth Am in Los Altos, are planning to host their first break the fast for about 70 of their closest friends and relatives.

At their daughter's urging, the Liptons decided to serve a light Sephardic-style buffet, prepared by Too Caterers.

Kleckner designs dairy-oriented upscale break-the-fast menus around a few sure-fire elements, starting with serving fruit juices or citrus punch as soon as guests arrive, since most fasters will have abstained from beverages all day.

Kleckner's entree recommendation is poached fish, such as salmon with "an interesting sauce like almond-mint pesto" and such side dishes as grilled vegetables, soufflé or a vegetable napoleon.

Her favorite is to cap the dinner with chocolate-dipped fruit, "so people can have their chocolate fix. My mother-in-law always said, `You've got to come out even. Give them chocolate at the end of the meal.'"

In past years, Helene Lipton said she avoided hosting a break the fast "because Yom Kippur is a very special, spiritual day for me. Usually, I'm the last one to arrive to the break the fast in my circle because I wait until the ark is closed at services."

But this year, she felt it was "my turn [to] give back to my family and friends. We have a large, beautiful home. What's the point of having it if you can't share it with friends and family for simchas?"

While Lipton plans to make a couple of dishes the day before, she's committed to spending Yom Kippur in synagogue, not slicing and dicing.

"I take cooking very seriously," said Lipton, a former student of James Beard. "But the holiday is so important to me. I wouldn't miss it for the world."

For Lipton, a psychologist with a practice in San Francisco, Yom Kippur wasn't always a meaningful holiday, despite growing up in Jewish neighborhoods in Brooklyn and Queens. "My parents identified as Jews, but they were not practicing. I knew I was Jewish by what I ate."

Being sent to "an ultra-Zionist camp" started Lipton on a more spiritual path. "When I came home, I wanted to say a brachah with every meal," she said.

Lipton, who has "a magnificent, industrial-size kitchen with a huge island that says, `Use me,'" doesn't plan to hosting a break the fast annually. But she's "really excited about doing it this year," and hiring a caterer alleviates the pressure associated with hosting a large gathering after spending the day in synagogue.

Regardless of the size of the break the fast, experienced hosts agree that advanced planning and preparation enable them to let go of details while concentrating on more spiritual matters during Yom Kippur.

Many synagogues also host break the fasts at the end of Ne'ilah services. At Congregation Rodef Sholom in San Rafael, the giant potluck attracts between 800 and 900 people each year.

Congregant Evi Rachelson is in her eighth year coordinating the event, which begins at 6:30 p.m. in the synagogue's courtyard.

Rodef Sholom provides such traditional break-the-fast staples as herring (four gallons), along with nine pounds of lox mixed with 10 pounds of cream cheese. The rest of the dairy meal is provided by about 300 congregants.

Close to 200 desserts (mostly cakes and cookies) are spread out on tables in the social hall. "It's unbelievable," Rachelson said. "The kids go for those more than anything else."

For the fourth straight year, Allan and Sally Rubens of Mill Valley are donating two to three cases of their homemade wine under the Tamalpais Cellars label.

"We always go. It's a really wonderful event and it's very well organized," said Sally Rubens. "People are breaking out from being quiet and reflective all day. Kids are running around, playing and grabbing food. It's very upbeat.

"It's a great opportunity to mix with people," she added. "We have met so many of our friends through the temple and this is an opportunity to meet more people from the area."

Rachelson has coordinated the break the fast long enough to be able to immerse herself in prayer during the day. While much of the set-up is done the day before by volunteers, she hires five non-Jews to work on the day of the event. "I go to temple and only go into the kitchen to greet the staff when they arrive. I check in with them later just to ease their minds and mine," she said.

The only concern Rachelson seems to have is that "we will run out of food. But we never do. I guess that's the good Jewish mother in me."

She's learned to relax during services. What helps, she said, is just being able to sit with her husband and two children. "I like to reflect more than read along. I try to get my body in the right position. After a short time, I feel really part of the congregation."

Rachelson, a nursery school teacher at the Marin Jewish Community Center next door to Rodef Sholom, has fond memories of family break fasts while growing up in Basel, Switzerland. Light warm meals, beginning with dairy foods and ending with coffee and cake, were shared with about 15 relatives.

"In America, I only have my husband and two children," she said, "so I want to be surrounded by other Jewish families who have become my friends and be able to celebrate the holiday with them."

Jennifer Heyman, 33, a manager of corporate accounting at Charles Schwab & Co. who moved to San Francisco from Chicago, also misses her extended family.

Since moving here three years ago, she has co-hosted two break the fasts. This year, she'll be hosting on her own, in her new Noe Valley home.

Her family had a long tradition of elaborate post-services meals at Chicago's Standard Club, a social club where her grandparents were members.

"It was a fancy place. We would get dressed up and have a big, sit-down dinner," Heyman said. "They were great because it was like a family reunion. After you put everything behind you that you did during the day, you could enjoy eating."

"I'm not a super-traditional person, but I'll always do these things," she said. "It's my link to my family." 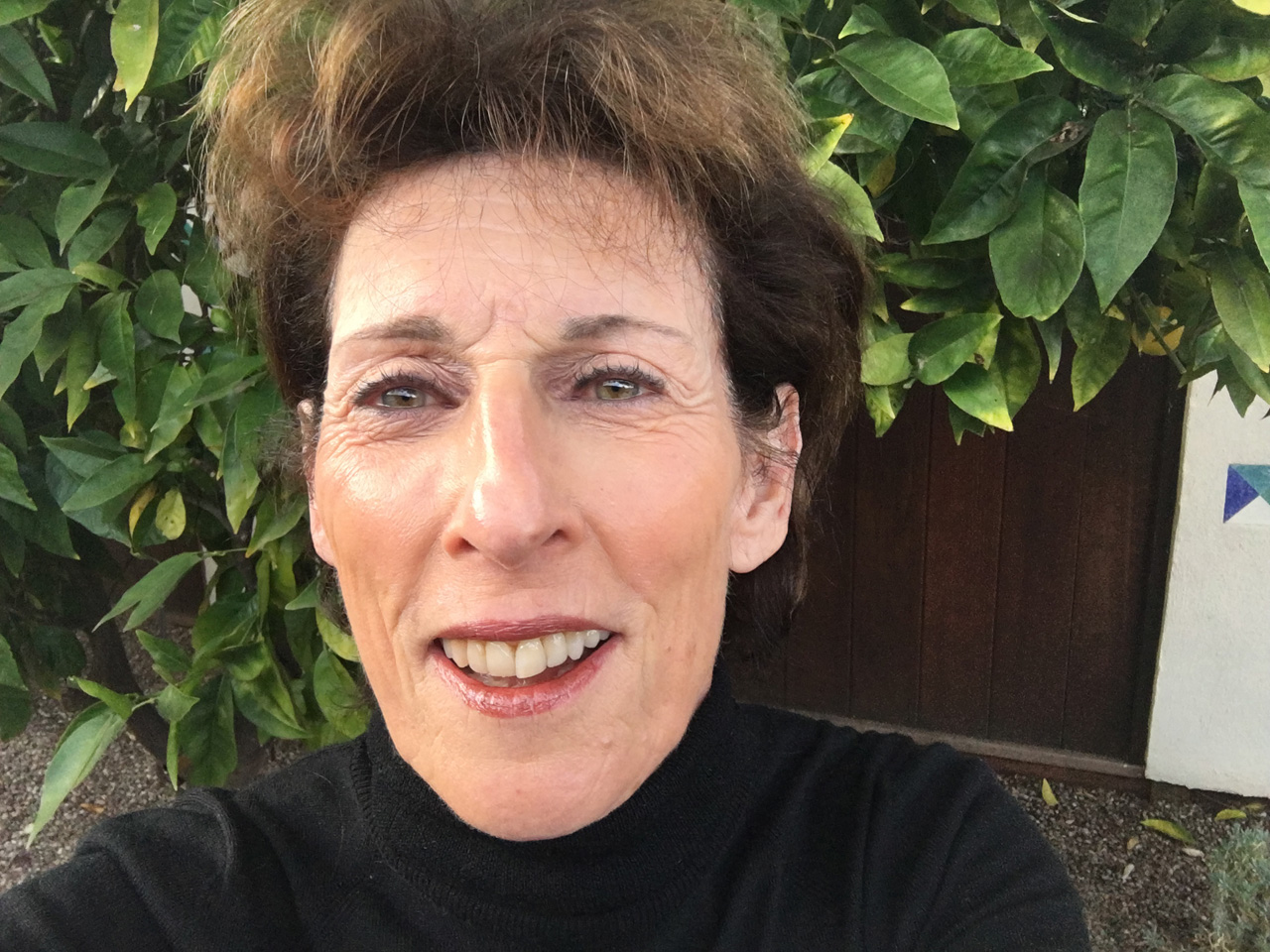