WASHINGTON — The book designed to explain the Muslim faith to Jews was published in May, the death threat came in June, and the author is now huddled out of sight in a safe house.

Jewish and Muslim groups, meanwhile, are left to ponder what can happen next to make the situation any worse.

The irony of the situation is rich: A book conceived by the American Jewish Committee to advance Muslim-Jewish understanding may in fact end up exacerbating tension between the faiths.

A fatwa, or religious edict, was issued by a Muslim cleric to "shed the blood" of the author, Professor Khalid Duran, but later was clarified as merely a call to investigate him.

Depending on the findings of the probe, though, Duran still could be declared fit for killing.

The AJC condemned the edict by Sheik Abd-al-Mun'im Abu Zant, a leader in the militant Islamic Action Front, an opposition party in Jordan.

"In a free society, no one should tolerate the threat to kill an author," said David A. Harris, executive director of the AJC, which published the book — "Children of Abraham: An Introduction to Islam for Jews" — plus a companion volume explaining Judaism to Muslims.

"All Americans, not least Muslims, should immediately speak out against this outrage and assault on democratic society," Harris said.

The other volume in the series, "Children of Abraham: An Introduction to Judaism for Muslims," was written by Reuven Firestone, a professor and rabbi at Hebrew Union College.

Firestone's book has not attracted much media attention, and is considered an innocuous primer on Judaism.

But Duran has been under scrutiny from the start. A leading analyst of Islam and politics, he has written six books and has taught at Temple University and American University, but also is something of a polarizing figure in the Muslim world.

The Washington-based Council of American Islamic Relations, which has voiced support for militant groups such as Hamas and Hezbollah, attacked Duran's book even before it was published.

The AJC called such attacks "nothing more than incitement and character assassination."

Daniel Pipes, director of the conservative Middle East Forum, praised Duran for being a "free-thinking Muslim."

"His is a rare and welcome voice of Muslim liberalism at a time when radicals dominate the mosques, the media and the counsels of state," Pipes said.

Although Duran's book was reviewed and approved by Islamic scholars before publication, and has been well received by trade publications, some have questioned his scholarship.

Hussein Ibish, communications director of the American-Arab Anti-Discrimination Committee, maintains that Duran is not a reputable scholar and calls his book "bizarre."

But Ibish admits that he finds the incident troubling, and said it cannot help already tense relations between Jews and Muslims.

"Intolerance is spreading like wildfire on both sides," Ibish said.

Duran reportedly has left his home in suburban Washington, D.C., for a safe house with 24-hour private security, and his telephone line has been disconnected. 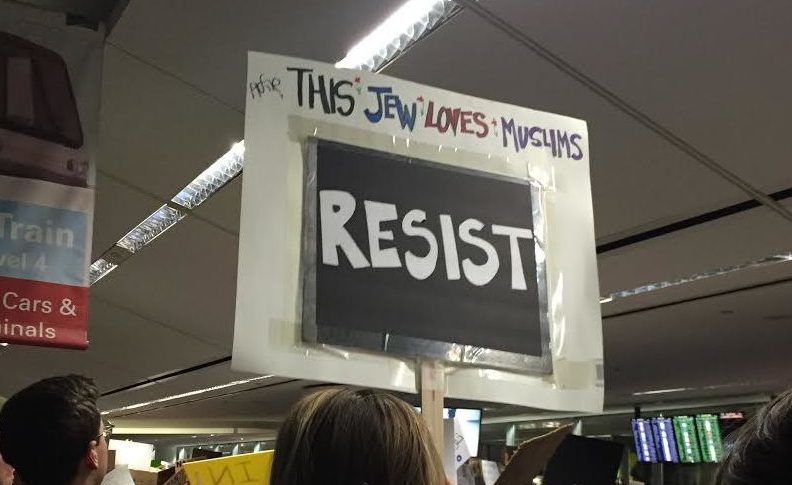