After 500 years, Jews are leaving Spanish enclaves near Morocco

After the expulsion from Spain in 1492, a small number of Jews escaped across the Strait of Gibraltar to two fortress cities that Spanish kings were establishing as beachheads in North Africa.

Despite the Inquisition on the Iberian mainland, the Jewish inhabitants of Ceuta and Melilla largely were left alone for the next five centuries. They were joined by other Sephardic Jews over the centuries.

Their descendants now are leaving the enclaves, which are surrounded by Moroccan territory, and returning to Spain.

"In 10 years, perhaps there will be no one here," said Mesod Bengio, a Jewish perfume merchant in Ceuta.

Ceuta and slightly smaller Melilla are unlike any other part of Spain, where no Jews lived — at least not openly — until religious freedom was reinstated in the 19th century.

Jews in Ceuta and Melilla, which measure about eight and five square miles, respectively, have lived cheek by jowl, but largely in peace, with Christians, Muslims and a small minority of Hindus.

Historical evidence shows Jews living in Ceuta as far back as the 12th century. The Jewish presence in Melilla is said to have started several years after the expulsion with a Spanish aristocrat who had Jewish ancestors.

Ceuta's total population is around 70,000; Melilla is slightly smaller. Though their Jewish communities today are small — some 300 in Ceuta and around 800 in Melilla — they still have functioning Sephardic synagogues, schools and butcher shops. That's down from their peak in the late 1960s, when there were about 600 Jews in Ceuta and 1,000 in Melilla.

However, the communities' future has grown uncertain since the Sept. 11 attacks and Moroccan King Mohamed's renewed claims of sovereignty over the cities fired up young Muslim inhabitants.

In the past year, eggs, rocks and bottles have been thrown at Ceuta's Sephardic synagogue while Jews were at prayer, Palestinian flags and graffiti glorifying Osama bin Laden have been painted on synagogues and churches, and graves in Melilla's Jewish cemetery have been desecrated.

Meanwhile, Moroccan claims over the enclaves have become more vociferous since last summer's crisis with Spain over Perejil Island, an uninhabited island a mile and a half from Ceuta. Moroccan troops occupied the island, but were swiftly kicked off by Spanish soldiers.

Morocco argues that if Spain wants Gibraltar back from Britain — which has held it since the early 18th century — then, by the same logic, it should be prepared to give Ceuta and Melilla to Morocco.

"Now they're Spanish," said another Ceuti Jew, Jose Benchimol. "Who knows what could happen in 10 years?"

"If anyone doesn't think that within a year or two we'll be at war over Ceuta and Melilla — be it terrorism or open war" — then he "doesn't want to see the obvious," one columnist wrote in Spain's El Mundo newspaper.

"Morocco has always accepted Jews," said Benchimol, who spent 12 years as vice president of Ceuta's Jewish community. He noted that there are still Jews in Rabat, Morocco's capital, who "live peacefully and have endured the intifada without repercussions."

However, many Jews who today live in Ceuta and Melilla fled there from Morocco after the 1967 Six-Day War, when Morocco was swept up in the Arab world's outrage over Israel's victory.

Benchimol echoed Spanish leaders' frequent assertions that Ceuta and Melilla are paragons of interfaith harmony. The leaders of the different faith communities "always wish each other happy holidays," he noted.

Still, he conceded that interethnic harmony doesn't always filter down to the population at large — particularly to Muslim youths who have become radicalized since Sept. 11.

Madrid's chief rabbi, Moshe Ben Dahan, is a former Ceuta resident. He moved there from Morocco with his family after the 1967 Six-Day War, when he was 12 years old, and later moved to Madrid after yeshiva studies in Israel.

Ben Dahan downplayed the impact of anti-Semitism in Ceuta and Melilla. Yet he acknowledged that the communities are dwindling — primarily, he said, because there's little future for young Jews in the enclaves, whose economies are dependent on tourism, trade and government subsidies.

"The Jews are going to big cities like Madrid, Malaga and Barcelona where there are more possibilities for educated people to work," the rabbi said. "The young people are leaving and the old are dying." 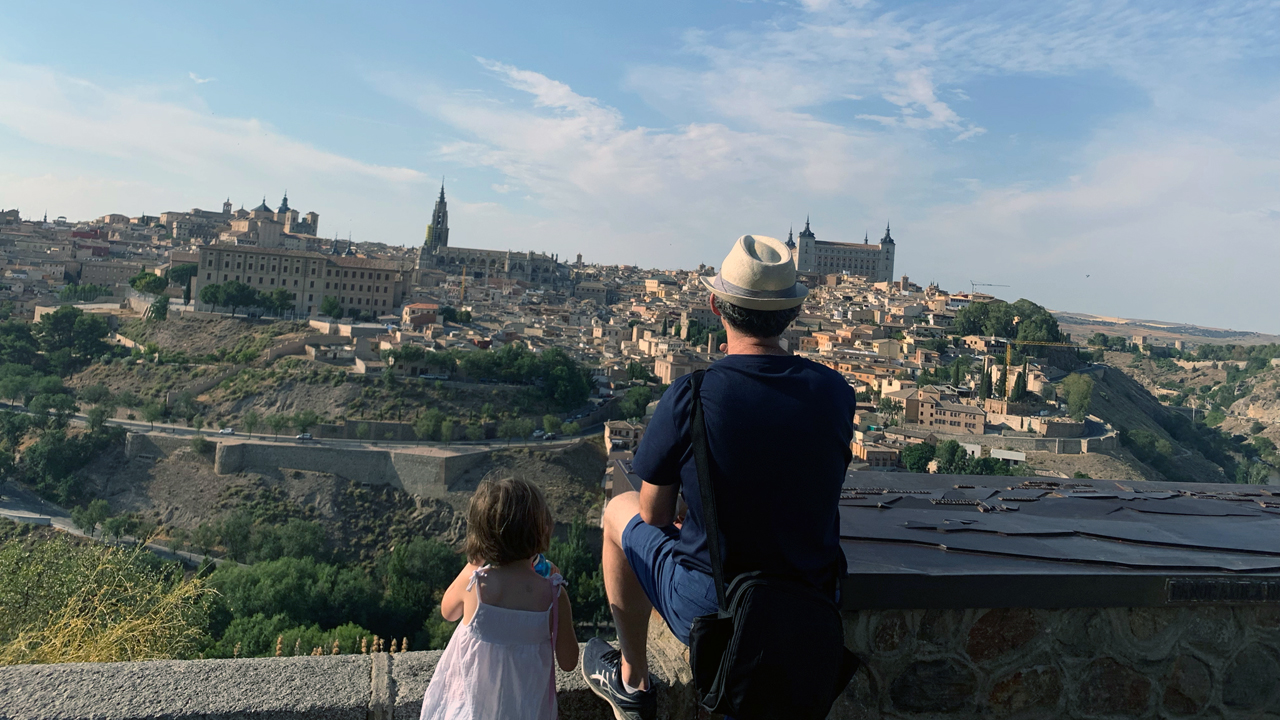