That isn’t a slogan CNN editors and reporters would apply to their network, but some media critics deem it apropos in describing the 24-hour glut of breaking news and media events Ted Turner’s station inaugurated 25 years ago this month.

Thanks to the Atlanta-based network and a bevy of competitors who have since joined the 24-7 news game, Israel’s explosions, gunfire and wailing sirens have been transformed into dinner theater for millions and millions of viewers.

Those live, disturbing, poignant images often tend to make far more of an impression on viewers than the accompanying story — which in itself may not be thorough and accurate, critics say. Regardless, in the past 25 years, both the world’s perception of Israel and the business of newsgathering have been dramatically and inexorably altered.

“I think there’s been a steady change in the perception of Israel from being surrounded by enemies — which it is — and being a ghettoized state trying to fight for democracy against many foes, to a garrison state that uses force, sometimes in excess,” says Michael Krasny, host of PBS radio’s “Forum” in San Francisco.

“And these images contribute to a great extent. You have kids with stones and people armed to the teeth.”

CNN’s ubiquitous coverage of world events and its impact on viewers’ behavior, government policymakers and others even has a descriptive term: “the CNN effect.”

That pejorative illustrates the way in which consumers of CNN-style coverage watch a string of rapidly changing sound bites in a state of distraction and perceive political coverage as a form of entertainment. (Economists also use “the CNN effect” to define the negative consequence to the economy caused by people staying home, glued to their TV sets, to watch CNN or some other news source during a crisis.)

“The camera is a weapon. Israel has the world’s largest foreign press corps per capita, and oftentimes you’ll have reporters that don’t know about the country parachuting in. Or you may have reporters that know the story but back in Atlanta their editors have no clue and are demanding they put out news before they even know how many were really killed. That’s why the Jenin report originally said 5,000 were killed.”

In fact, approximately 50 people died in the 2002 raid on the Palestinian city.

Yitzhak Santis, the Jewish Community Relations Council’s Middle Eastern Affairs director in San Francisco, says superficial coverage of Israel by CNN and other television networks is par for the course — coverage of everything tends to superficial.

He bemoans the reduction of Mideast events into “a few quick images, a few sound bites, there’s your story, a minute maybe two at the most.” He is even less enthusiastic about news talk shows on CNN and Fox, “which become shouting matches and are not very useful at all. Those shouting matches contribute to the undermining of civil discourse in our society.”

Among American programs, Santis feels only PBS’ “NewsHour with Jim Lehrer” takes stories beyond the headlines and sound bites, and offers sober analysis from numerous perspectives.

Many complaints about CNN and its 24-hour competitors centered on its style more than its substance, but that hasn’t always been the case.

An ex-CNN source alleged to The Jerusalem Post that Wiener changed the sign under the office clock from “Jerusalem” to “Palestine,” and so “ranted and raved” against Israel as to end up “influencing the coverage.”

Opinions differ on whether CNN’s coverage has been fair or has caused Israel harm. There is no denying, however, that CNN has had to contend with serious criticism by Israel and by the Jewish community worldwide.

“Israel’s relationship with the Palestinians became one of the most controversial subjects in the world, and CNN provided more coverage of the events of those years than any other network,” says Michael Greenspan, an American-born Israeli and CNN reporter from 1984 to 1990.

“CNN’s popularity and exposure put us very much on the firing line,” he adds. “We came in for a huge amount of criticism from the Israeli government.”

Greenspan says that at times he found the “going rough” at home when he came back with stories “that didn’t always portray Israel or IDF soldiers in the best light.”

One of the places CNN went wrong was in drawing asymmetrical parallels between Israeli and Palestinian suffering — for example, by “creating an equation between Palestinian suffering at roadblocks and Israeli suffering from suicide bombings, as if they balanced each other out,” surmises Gabriel Weimann, University of Haifa professor of communications.

Andrea Levin, executive director of the Boston-based pro-Israel media watchdog CAMERA, says viewer complaints have led to more “balanced” Israel coverage by CNN in America but not on its international wing, CNNi.

“Their coverage of Israel that is broadcast in America is different from CNNi. I don’t think, in our observation and on the basis of the complaints we get, that the programming (on CNNi) is as attentive to balance,” she says.

“I can’t explain it. I do think they get much more feedback on their coverage in the American arena.”

CNN declined to comment on a Jerusalem Post version of this story despite attempts to obtain its response both through its Jerusalem bureau and its Atlanta headquarters.

The problem for CNN, analysts agree, is that like so many world-changing innovations, it filled a niche almost exclusively until it was caught and passed by new competitors — most notably Fox News, established eight years ago.

Weimann agrees it is not the quality of its broadcasting but the courting of the American consensus that has led to Fox’s vast popularity.

“Fox is more conservative, more allied with the Republicans and much more pro-Israeli and anti-Muslim,” he notes. “CNN can definitely lay at least some of the blame on bin Laden [and 9/11], which created waves of shock in the U.S. that have caused viewers to gravitate toward Fox’s more patriotic slant on current events. In this sense, CNN has fallen victim to the new ideological preferences of the American public.”

The Internet, Weimann says, posed another new form of competition, especially among younger media consumers, even though CNN has partially countered that problem by adapting its Web site to the habits of these consumers.

Nachman Shai, the senior vice president and director-general of the United Jewish Communities in Israel, was the Israel Defense Forces spokesperson during CNN’s crowning glory — when it represented the only foreign media presence in Saddam Hussein’s Iraq on the eve of the first Gulf War in 1991.

“I remember them arriving here with their equipment, which allowed them to broadcast live from just about anywhere at any moment, without going through an Israeli satellite station and Israeli censorship,” he recalls.

Shai suddenly found himself having to contend with what he called “a new world order.”

“They dictated our operations,” he says. “Suppose I wanted to call a briefing for journalists at 8. I would call CNN, and they would say, ‘Well, we’re busy at 8. If you want a live broadcast, you’re going to have to wait till 8:30.'”

In the long run, Shai says, CNN did not damage Israel’s image in the world. “You have to look at the big picture, not at one day or hour. They always were willing to listen to us. CNN executives came here and were very attentive to what we said. In the end, they revolutionized international news coverage and they get a lot of credit for that.”

Does that sound a bit like a eulogy? Gideon Meir thinks so.

Meir, the deputy director-general for media and public affairs at Israel’s Foreign Ministry, said CNN’s Arabic clone — al-Jazeera — has actually usurped CNN’s role as the premier shaper of events in the region following the terror attacks of Sept. 11, 2001.

But, he says, over the four-plus years of the current intifada, there have been several egregious incidents involving CNN. Meir specifically cites a broadcast in April 2002 when CNN’s Rula Amin appeared with a naked man in an army blanket who looked starved, an image that conjured up the Holocaust, and reported 200 dead in Jenin.

He also mentions an incident in May 2002 when CNN interviewed Chen Keinan, whose mother and daughter

were killed by terrorists. On CNN International, that interview was shortened dramatically and a more lengthy interview was aired with the mother of the terrorist.

Rosenthal notes that any news organization can be susceptible to a reporter with a political agenda — and cites CNN’s Jenin coverage as Exhibit A. Additionally, she notes that foreign reporters’ over-reliance on Arab translators and camera operators has affected the news we see.

“Oftentimes you don’t know the political orientation of translators, especially in the West Bank or Gaza,” she says.

But Meir says that, to CNN’s credit, the organization was open to a dialogue with Israel and had now “become more balanced.” Asked how he gauged this, Meir responds that now there are significantly fewer complaints about CNN’s coverage.

He contends that CNN “sometimes” gives context in its coverage, but he thinks the 24-hour news format works against Israel “because everyone deals with us way out of proportion to everything else that is happening in the world.”

Santis notes that CNN has a full-time bureau in Israel but none in, say, Sudan or Kashmir.

CNN’s Jerusalem bureau was the fourth it opened overseas, and the population of foreign reporters has swelled in the past 25 years. According to Rosenthal, Israel, with a population less than that of the Bay Area, boasts the third-highest total of foreign journalists anywhere in the world — and receives more news coverage than China, Africa and India combined.

Why? In addition to serving as the Holy Land for the world’s three major monotheistic religions, Israel is also, significantly, a democracy. Reporters are free to criticize the government, and are not assigned “minders” to monitor their activities.

“You can drink the water and go out with the girls,” quips CAMERA’s Levin.

Adds Meir, “Africa suffers from wars, AIDS, genocide — but the media is not interested.”

And he notes dryly that had the Uganda Plan been accepted in 1903 and the Zionist state set up in Africa, “I believe Africa would have received a lot more attention.”

Joe Eskenazi is a j. staff writer; Talya Halkin and Herb Keinon are staff writers for the Jerusalem Post. 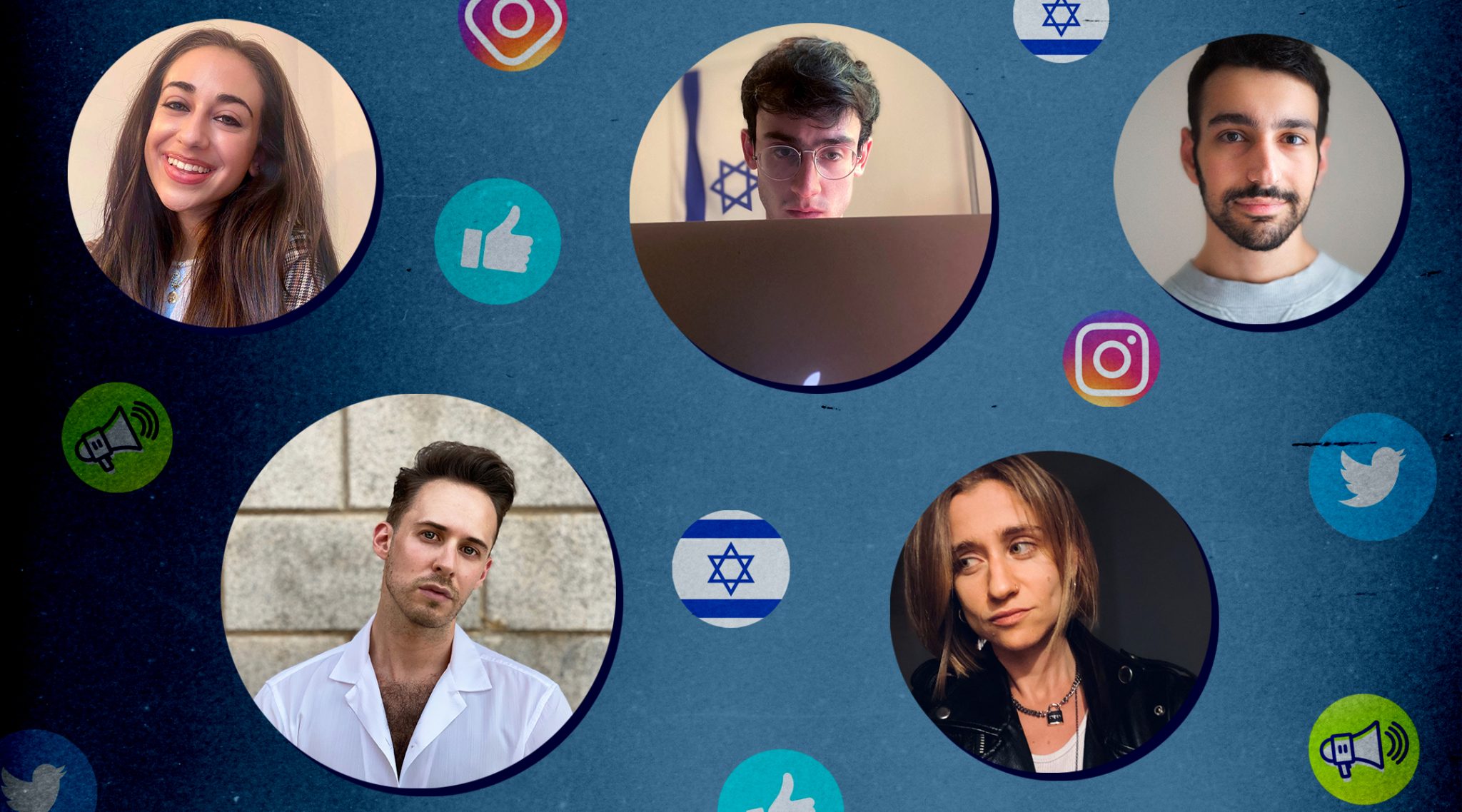 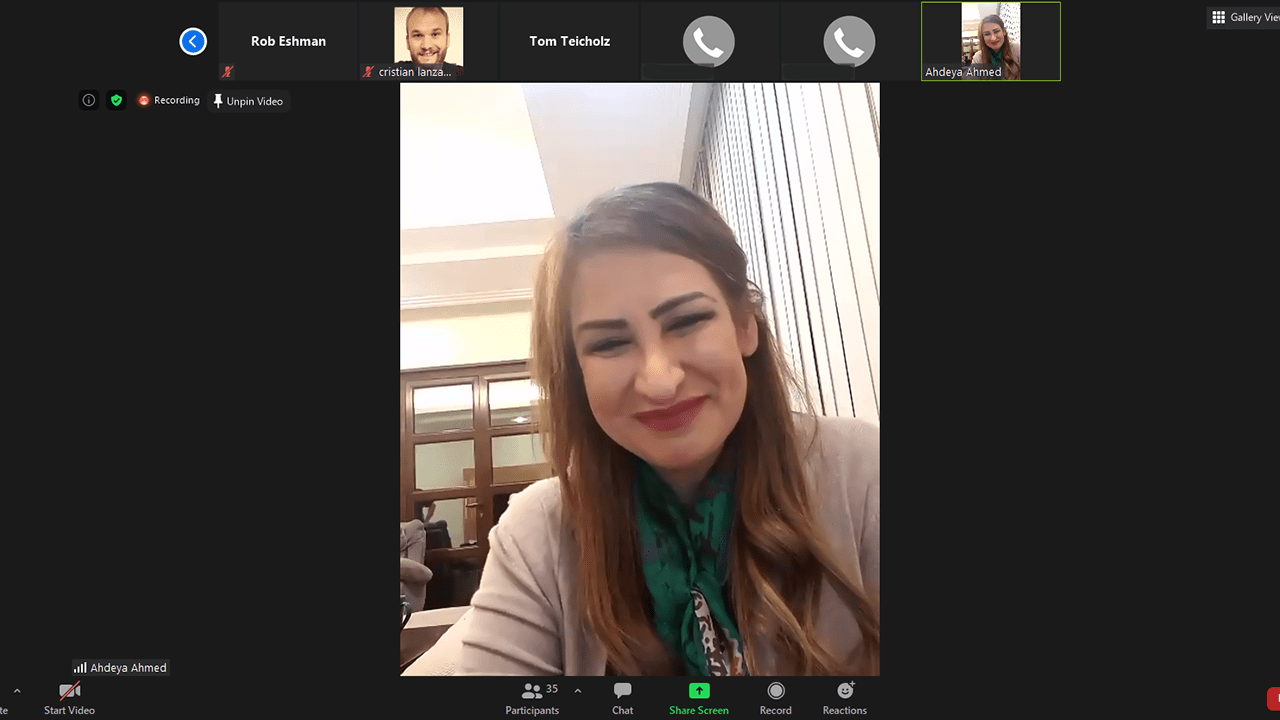