Death of a Jewish salesman

Willy Loman, the title character from Arthur Miller’s “Death of Salesman,” rode into his tragic sunset on a “smile and a shoeshine.” When San Francisco’s Traveling Jewish Theater stages Miller’s classic play, Willy may be riding on a brachah as well.

TJT’s production of “Death of a Salesman,” which explores the play’s hidden Jewish roots, premieres Thursday, April 5 and runs through June.

This is the first time TJT has ever tackled a classic. Known for its daring, sometimes surrealistic original works for the stage, TJT might not have seemed a natural match for a warhorse such as “Salesman.” Not so, say the prime movers behind the new production.

“It makes sense,” says TJT artistic director Aaron Davidman, who is directing a cast of 10. “Half the play takes place in Willy’s mind. It feels like familiar terrain. We know how to do this.”

That becomes clear at the very first read-through.

While Davidman studies a scale model of the set, the cast finishes up a breakfast of bagels and coffee. Then, as a midwinter storm rages outside, all gather around a U-shaped table for a cold reading and preliminary unpacking of the play.

Davidman starts by handing out copies of an essay by actor George Ross. The subject: a Yiddish language version of the play, “Toyt fun a Salesman,” which opened at Brooklyn’s Parkway Theater in 1953.

After seeing that production, Ross wrote, “What one feels most strikingly is that this Yiddish play is really the original, and the Broadway production was merely Arthur Miller’s translation into English.”

Are the Lomans really just an assimilated Jewish American family with one foot in Brooklyn and another in the shtetl? Does Yiddish quietly inflect Miller’s masterful dialogue?

Just how Jewish is “Death of a Salesman?”

A synopsis of the plot does not immediately betray any hidden Jewish subtext. Willy Loman and his long-suffering wife, Linda, live in a modest Brooklyn home, their grown sons Biff and Happy temporarily back in the family homestead, both aimless failures. A lowly road-weary salesman, Willy has begun to lose touch with reality, as his family desperately, and unsuccessfully, tries to prop him up.

For Willy, the proof of a worthy life is to be well liked. Not just liked, well liked. Over the course of the play, everything Willy believes in — the promise of prosperity, job security, even his core faith in family — unravels. “Salesman” is an American tragedy that bears the same stamp of awe and pity as anything by Sophocles or Shakespeare (though Miller might have shrugged off such lofty comparisons).

“I could feel it in the cultural context,” says Davidman of the play’s latent Jewish layers. “I was seeing Willy as so lost, so disconnected from his identity. What an American story that is. What a Jewish American immigrant story that is.”

TJT co-founder Corey Fischer plays Willy Loman in the new production. He has no trouble detecting the Jewish subtext.

Fischer hears Yiddish in some of the play’s most iconic lines. Says Linda, addressing her ne’er-do-well sons in Act One, “Attention must be paid … attention must finally be paid to such a person.” Some critics, notes Fischer, point out that this line sounds like a direct translation from Yiddish.

Jeri Lynn Cohen, who portrays Linda, has also been mining the play for Jewish moments. “There’s a part at the end of Act One when Willy gets out of control,” notes Cohen, “and Linda says, ‘You want me to sing to you?’ So we’re finding a nice Yiddish lullaby we can hum.”

Adds Davidman, “The way it’s tied to Jewish identity is its rootlessness. [The Lomans] feel it all slipping away. The two boys are just lost, trying to hang on to the promise of economic prosperity instead of their cultural roots. The biggest problem in the family is they’ve been living a lie. They’re pretending to be a successful American family but, in fact, they are isolated and alone.”

Miller himself was not in the least Delphic about his characters’ Jewish identity, unstated though it may be in the text. In a preface to the 50th- anniversary edition of the play, Miller wrote, “As Jews light-years away from religion or a community that might have fostered Jewish identity, [the Lomans] exist in a spot that probably most Americans feel they inhabit — on the sidewalk side of the glass looking in at a well-lighted place.”

Arthur Miller liked to tell the story: When the final curtain fell during early performances of “Death of a Salesman,” for several excruciating minutes audiences forgot to applaud.

Miller’s 1949 play was so stunning, so radically different from anything that had come before, many conventions of the theater — including applause — just flew out the stage door window.

No one has forgotten to applaud since.

Miller’s masterpiece has been staged countless times, and translated into many languages. The playwright himself even directed a 1983 Chinese language performance in Beijing.

While Miller’s place in American arts and letters is assured, scholarly debate goes on regarding his work. U.C. Santa Cruz professor Murray Baumgarten has long admired Miller, and has probed the playwright’s Jewish undercurrents. He ranks “Salesman” not only at the top of Miller’s output but among the best plays of all time.

“It may be one of those American plays that is always around,” says Baumgarten. “It’s a sign of how important it is to the social consciousness. Miller touched on a hidden subtext in American culture more prevalent than we admit: The culture doesn’t give you any more room to succeed. Miller was talking about the struggles of families within a cultural milieu that was both opening and closing at the same time.”

For early to mid-20th century Jews like Arthur Miller, that was a culture in transition. Baumgarten believes the playwright caught it perfectly in “Death of a Salesman.”

“Miller writes at a time when few Jewish writers are engaging in Jewish subjects in an explicit way,” he says. “That means people are not going to be ethnically marked, and yet from the beginning it was clear in the social class, the social role, in the dialogue, that [‘Salesman’] was an ethnically implicit play. That Americans kept responding to it meant they understood Jews had a special role in American culture at this time.”

Born in New York City in 1915, Miller was the son of middle-class Jewish parents who faced privation during the Depression. He was both athletic and intellectual, discovering a flair for theater while a student at the University of Michigan, where he wrote his first plays.

It wasn’t until 1947 that he enjoyed his first big success with “All My Sons,” which Elia Kazan directed on Broadway. The play was a hit, won a pair of Tony Awards, and opened the door to “Death of a Salesman,” which Miller wrote in a furious six-week period.

The original Broadway production, also directed by Kazan and starring Lee J. Cobb as Willy, opened Feb. 10, 1949. It was an enormous hit, ran for more that 700 performances and earned its author the Pulitzer Prize.

Miller went on to write many important plays, such as “The Crucible,” “Incident at Vichy” and “After the Fall.” He also wrote the screenplay for “The Misfits,” the 1960 film that starred his former wife Marilyn Monroe.

Until the end of his life, Miller remained an engaged, enthusiastic and always outspoken gray eminence of the theater. He never stopped writing, and seemed to be one of those ageless figures — like Picasso or Chaplin — whom death could not touch.

Two years later, the actors at Traveling Jewish Theater prepare to take on the classic.

In that first read-through, Fischer as Willy leans his head on Cohen’s shoulder, conveying his character’s world-weariness. At one point in the reading, he lets fly the word “shanda” in place of Miller’s “scandal,” an experiment in adding some Jewish flavor.

It’s only an experiment. Davidman says he will not change a word of Miller’s original dialogues, though he and the actors are free to round out their characters with Jewish overtones (such as Fischer’s “oy”).

Cohen met Miller once. She was working as actor Frank Langella’s assistant when he starred in a 1984 revival of “After the Fall.” Recalls the actress, “He came to a lot of rehearsals. I wouldn’t say he was a raconteur, but he was really smart and he was a gentleman. People dealt with him with such reverence. He was a lovely man.”

He also gave the young actress one piece of sage advice: “He told me never to cut my hair,” she recalls with a laugh.

Davidman is eager to explore the play’s more fantastical elements. Many scenes fragment into remembered moments from Willy’s past — when his sons were young and adoring; when his older brother Ben sets off for Alaska; when Biff discovers his father having an affair. It’s the kind of material that plays to TJT’s strengths.

“We’re discovering how these aspects are better served as hallucinations than as flashbacks,” says Davidman. “We had this whole talk about how memory is imagination. It’s not fact. The degree to which it is over-sentimentalized plays well theatrically. We don’t know if any of this stuff really happened.”

Of a generation long before Prozac, Willy Loman is a catacomb of insecurities, past his prime and never more than a middling success at best. Like Hamlet, Willy is one of those roles actors crave to add to the resume. Frederic March, Dustin Hoffman, George C. Scott, Hume Cronyn and Brian Dennehy have all picked up Willy’s worn valise at some point in their careers.

“We’re never told what kind of life Willy came out of,” says Fischer. “In our version I imagine his parents were immigrants. He would have been born between 1880 and 1890 to early immigrants. He might have grown up in poverty and faced persecution.”

Fischer considers Willy an average mid-century man in the gray-flannel suit. “There’s something about Willy as consumer,” he adds. “This perfect cog in the capitalist process, selling and consuming, railing against it even as he says he has the greatest job in the world.”

But the actor tends to agree with Miller , who once said “Salesman” was, at its core, a love story between Willy and his prodigal son, Biff.

It’s got Jacob and Esau written all over it.

“Biff has come home against all odds to get his father’s blessing, a doomed effort,” adds Fischer. “Willy wants his son’s forgiveness and love. He’s not a good parent by today’s standards. He’s erratic, contradictory, demanding.”

Baumgarten believes one of the play’s singular achievements is its take on what Henry David Thoreau once called the “quiet desperation” of life.

“It offers the vision of success, but also a vision of unsuccess,” says Baumgarten, “something Americans don’t like to talk to about. This is a social and cultural and political phenomenon, not just a personal one: The Horatio Alger story doesn’t always produce success.”

Meanwhile, the cast and crew at TJT aim for their own vision of success with the new production. After that first table reading, a clearly elated Fischer says, “It felt amazing at the read-through,” adding he was struck by “how good everybody was.”

Perhaps this Jewish “Salesman” will be the hit Fischer, Davidman and their colleagues hope for. Not just liked, well-liked. 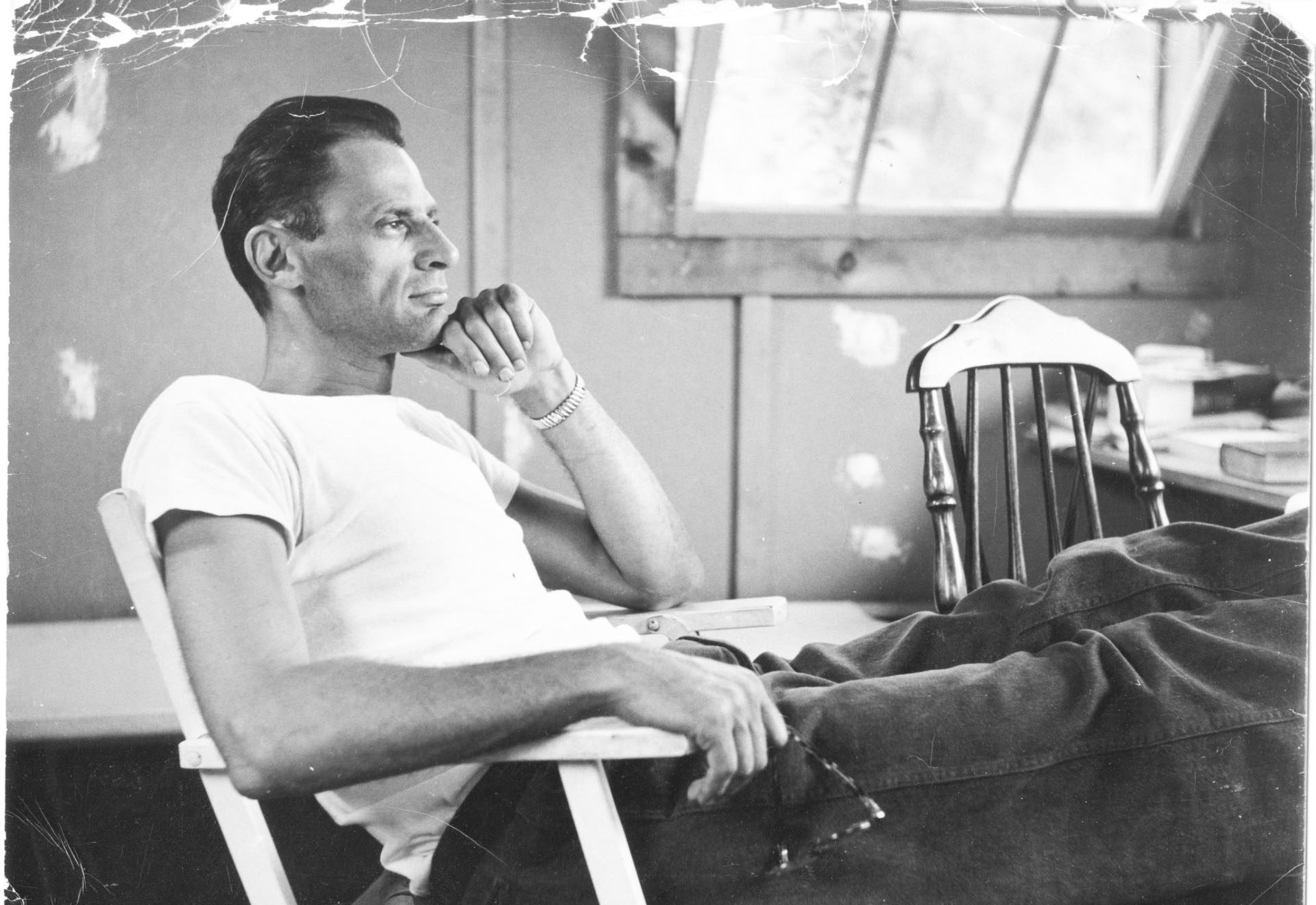