The Progressive Jewish Alliance will stage a second annual “Not-A-Seder: Passover Cabaret of Laughter and Liberation.” The event features real-life stories of contemporary liberation plus some new spins on ancient tales from Bay Area artists.

All ages are welcome, and Passover-friendly refreshments will be served. The event takes place 7 p.m. Sunday, April 8 at La Pena Cultural Center, 3105 Shattuck Ave., Berkeley. Admission is $10 for PJA members and $15 for the general public. Proceeds go to support PJA. For more information, contact Rachel Biale or Sarah Church at Progressive Jewish Alliance, (510) 527-8640.

Project Reconnect, the alumni association of the United Synagogue of Conservative Judaism, is partnering with Conservative shuls nationwide to find seders for college students and unaffiliated young adults this Passover season.

Pot for Passover? Not in Israel

In bad news for its religious Jewish supporters, an Israeli pro-marijuana party announced Tuesday, March 27 that pot is forbidden on Passover.

Cannabis is among the substances Jews are forbidden to consume during the holiday, said Michelle Levine, a spokeswoman for the Green Leaf party.

Recent rulings have expanded the ban on leavened food during Passover to include hemp seeds, which today are found in some health oils — and in marijuana.

Green Leaf is a small political party that supports the legalization of marijuana. Although it is by no means a Jewish religious authority, the group decided to warn its observant supporters away from the drug on Passover.

“You shouldn’t smoke marijuana on the holiday, and if you have it in your house you should get rid of it,” Levine said. The edict was first reported in the Jerusalem Post.

But not everyone needs to give up their habit for the duration of the festival. The rabbinic injunctions banning hemp were never adopted by Sephardic Jews, who come from countries in the Middle East and North Africa. That means there is no reason they can’t keep smoking marijuana, Levine said, except that it remains illegal in Israel, despite her party’s best efforts. — ap

Just in time for Passover, the Jewish Heritage for the Blind has created an extra-large type Haggadah available for the visually impaired at no cost.

F. Ephraim Linker, publisher of the Hebrew Prayers Learning Series transliterated prayer books, has produced a new Hagaddah designed to enhance enjoyment of the Passover seder — particularly for those who feel unsteady in the role of leader.

Linker removed nothing from the Haggadah; instead he added a wealth of tools to aid comprehension and participation, including a word-for-word English translation and transliteration.

The HPLS Haggadah is available to buy online at www.HebrewPrayersLearningSeries.com.

“The Sholem Family Haggadah for a Secular Celebration of Pesach” has been updated in a new color edition. The Haggadah was written by Hershl Hartman and illustrated by Kevin Bostwick.

In with the new

It’s not the same same old, same old this year from Elite’s chocolate kitchen — not that there was anything wrong with the company’s same old.

The company has several new products in its kosher for Passover lineup: a milk and white chocolate spread for matzah and Pesach biscuits that has become a favorite of Israeli children, a mini chocolate assortment (bet you can’t eat just one), chocolate with caramelized almonds and a gift chocolate bar.

Elite is also reprising its best-selling coffees from last year. The company offers more than 20 brands of coffees from Turkish coffee to espresso to powdered cocoas. Elite is part of the Strauss Group global foods. For more info contact: [email protected]

The suit filed Monday, March 26 by Le Marais in New York Supreme Court of Kings County charges that Isaac Bitton defamed it on 66 counts when he posted on his Web site and blog — www.amashgiachspeaksout.com — that the upscale restaurant’s chef, Mark Hennessy, deliberately sneaked nonkosher food into the kitchen and disobeyed other kashrut standards. Bitton asserted on his site that Hennessy did so because he is a “Jew hater.”

The Orthodox Union covered up Hennessy’s indiscretions, according to Bitton, who worked as the restaurant’s mashgiach, or kashrut supervisor, for about two and a half years before quitting his job last week.

“The bottom line of this affair is: cowardice of a hashgachah organization scared to take action against a bully Jew-hater chef (because he has ‘dirt’ on another OU establishment) even if it means to give this chef an open ticket to fool the mashgichim under their noses,” Bitton wrote on his site, which he set up after quitting his job.

In a statement posted on its Web site, the Orthodox Union said it had checked out Bitton’s claims assiduously but they did not stand up to scrutiny. Still, the bistro received 20 to 30 calls since the entry went online, and suffered a 30 percent slide in business over the weekend, according to its attorney, Richard Klass. — jta

“Passover Through History: A Teaching Site,” was put together by the Jewish Theological Seminary and the Center for Online Jewish Studies. It includes some 100 images and descriptions of ancient, medieval and modern items related to the holiday and its story. For more information, visit www.passoversite.org.

If you find yourself panicking the afternoon before the first seder because you forgot to prepare desserts, never fear.

J. cooking columnist and culinary professional Rebecca Ets-Hokin will be featured on KGO/ABC TV’s “View From the Bay” program Monday, April 2 at 3 p.m. She will be discussing and demonstrating Passover desserts.

Coming soon: a seder near you

Just because you’re in Rio or Tasmania doesn’t mean you can’t find a seder. The International Seder Directory at http://www.chabad.org/seders lists hundreds of cities around the world where seders will be held by Chabad-Lubavitch, a Jewish outreach organization.

You can find a Chabad seder whether you’re on spring break in St. Thomas, hosteling in Hanoi, train-hopping in Europe, surfing in Australia or touring in Turkey. Seders will be held on dozens of U.S. college campuses. The Chabad seder in Katmandu, Nepal, typically attracts 1,000 guests — many of them Israeli backpackers.

Although Lubavitcher Jews are fervently religious, guests need not be observant to attend the seders. However, prospective guests should call or e-mail ahead to reserve a spot so the seder organizers know how many to expect. The Chabad seders are free; donations are accepted.

Israelis buy 40 percent more wine in the month leading up to Passover than they do during the other months of the year, due to a combination of increased orders from hotels, gifts of bottles of wine and the liberal use of wine at the seder, according to a poll released Monday, March 19 by Business Data Israel.

Israelis also tend to purchase new furniture in the run-up to Passover. The Manufacturers Association of Israel reported that furniture sales over the past two weeks were more than 30 percent higher than furniture sales during the rest of the year. Sales of linen, bedding products and tablecloths rose 70 percent over the last few weeks. — jta 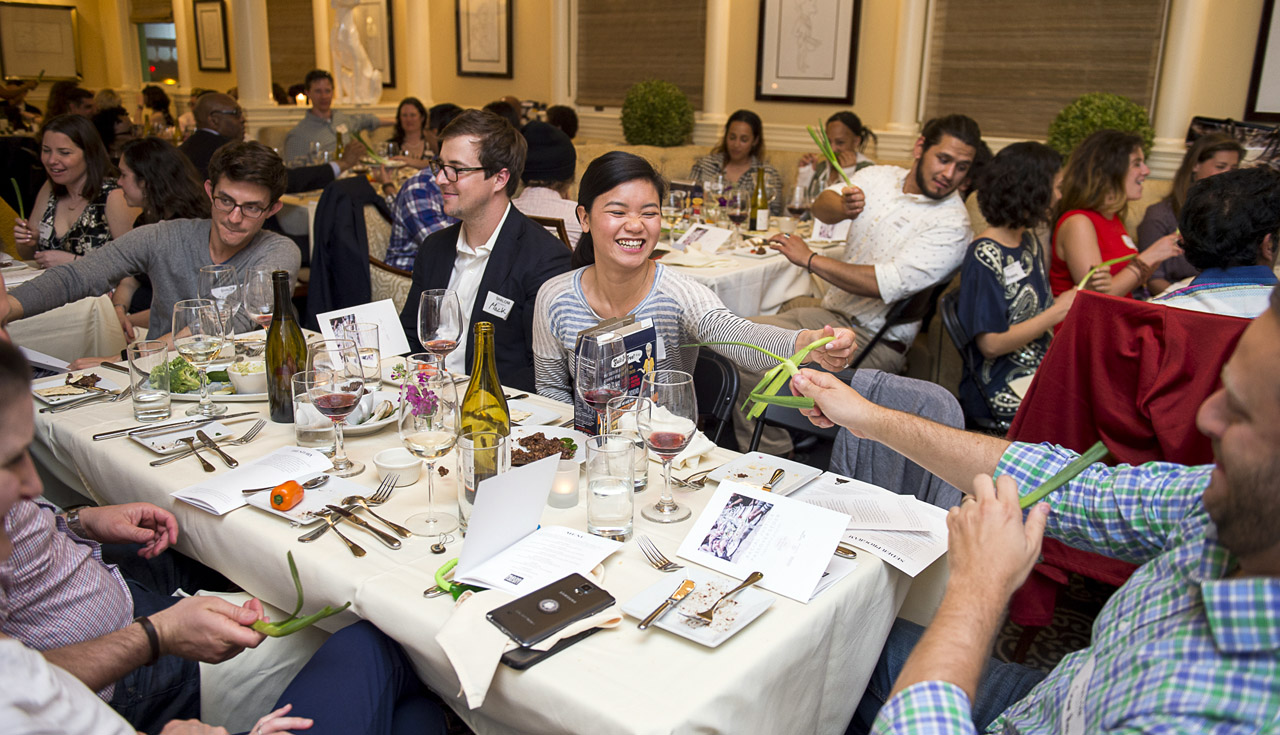