Building for the future

Sometime next winter, Paul Sunshine will take a break from his role as a San Francisco CEO and head for warmer climes. Much warmer.

As in equatorial Africa.

Sunshine will join an American Jewish World Service fact-finding tour of Uganda. It’s no vacation. His goal is to study the Ugandan Child Welfare Association, which aids children orphaned by war or HIV.

Sunshine passionately wants to help those children. He started his own charitable fund to contribute to organizations like the one he will visit in Africa. His fund is a mechanism for institutionalizing tzedakah into his life.

To learn the whys and wherefores of philanthropy, Sunshine turned to the S.F.-based Jewish Community Endowment Fund.

“My ability to do this can be traced back to setting up a [JCEF] donor-advised fund,” he says. “What’s Jewish about giving money to African kids? It’s about taking care of the orphan and the widow, and viewing philanthropy beyond one’s immediate circle.”

Sunshine is one of thousands of philanthropists who steer a portion of their assets to a fund shepherded by the JCEF. Not only does it allow them to help heal the world, it’s also a wise investment.

If the JCEF were publicly traded, it would be the hottest stock on Wall Street.

In recent months, the endowment passed the $2.8 billion mark in assets (unaudited), placing it at or near the top of the national rankings. In the 10 years through mid-2006, the fund had grown 540 percent. Since then, another billion has been added.

“We’ve had growth, no question,” says JCEF Executive Director Phyllis Cook. “People have confidence in having their money here.”

Many American Jewish communities and federations have endowments. In simple terms, a community endowment fund provides assorted planned-giving programs for donors to structure their philanthropic lives.

Many JCEF-affiliated funds are donor-advised, meaning the philanthropist recommends where the money goes. It could be an alma mater, a hospital or the local Hillel. Currently, JCEF manages 875 donor-advised funds. Donors also benefit from the myriad tax advantages of having a charitable enterprise.

As a part of the S.F.-based Jewish Community Federation, JCEF continues to develop an unrestricted fund for emergencies, seed-funding new projects and capital grants. Currently the unrestricted fund (meaning monies that can be allocated by the lay endowment committee and approved by the federation board) totals $79 million.

According to Cook, the bedrock purpose of the endowment is Jewish survival. It is intended as a hedge against disaster, a kind of financial first-aid kit for the Jewish community.

How important is that emergency stash?

“It’s like asking, ‘How important is it to have a roof on a school?'” says Joseph Imberman, associate vice president of planned giving and endowments for United Jewish Communities, the umbrella organization for North American Jewish federations. “A [federation’s] annual campaign provides for needs of the community, barely, and doesn’t increase in tandem with inflation. Communities that have unrestricted endowments over time can look to another cash source to meet their needs.”

Adds Cook, “God forbid if there was an earthquake and all our agencies had to shut down. We could provide funds to them to get back on their feet.”

But the endowment is more than an emergency fund. It is also one of the Bay Area’s most far-reaching philanthropic resources.

In the 10-year period ending in June 2006, the endowment contributed more than $1.3 billion from its combined financial entities to scores of beneficiaries, ranging from kosher lunch programs for seniors to kindergartens in northern Israel.

Among the key achievements during her tenure, Cook cites the Kohn intern program of Jewish Vocational Services, which pairs college students with summer jobs at local Jewish organizations. She is also proud of the

$3 million grant the endowment extended to the Jewish Community Center of San Francisco, which needed the cash to complete its 2003 makeover.

The ability to green light major gifts like that is possible only in an economically robust environment. As the bulls run on Wall Street, Jewish endowments across the country have thrived, collectively totaling more than $10 billion in assets nationally.

“Endowment programs have been growing substantially for 15 years,” says UJC’s Imberman. “The growth rate has exceeded 10 percent nationally in North America. At $2.8 billion, if [San Francisco] isn’t the largest endowment, it is certainly one of the largest.”

While some of the biggest names in Bay Area Jewish philanthropy — such as Goldman, Haas, Swig and Osher — have allied themselves with JCEF, many others are less known and less wealthy. Far less.

Some are kids who decided they’d rather donate their bar or bat mitzvah checks to a small donor-advised fund. Some are local Holocaust survivors of modest means who care about leaving a legacy to the Jewish community. But all JCEF donors subscribe to the endowment’s approach to giving.

Sunshine runs Sundezio, a San Francisco advertising and purchasing network specializing in luxury condos. Though relatively young, he has long been interested in philanthropy. Now that he’s doing well financially, he has wasted no time learning how to give.

As for his priorities, Sunshine settled on several areas, including: the life sciences, international development and justice. He named his fund the Pinchas Aaron Sunshine Fund (after his own Hebrew name, a move he says reflects that his “charity comes from a Jewish place”).

JCEF aided Sunshine, not only by helping him set up his donor-advised fund, but also through the Young Funders Forum, an endowment program that teaches young adults the whys and wherefores of philanthropy.

“The endowment and federation have been very supportive in getting [the Young Funders’ Forum] off the ground,” says Sunshine. “We’ve done a series of events, helping us come up with a philanthropy plan.”

Cook says JCEF doesn’t wait until potential givers reach their 30s and 40s. She and her staff have launched programs to help teens catch the giving bug.

“With the Jewish Teen Youth Foundations, the kids run the whole thing,” she says. “We have b’nai mitzvah kids with their own funds, giving out money. We want the blue box idea inbred.”

Cook attributes the endowment’s $2.8 billion success primarily to the accountability factor. “Accountability means being timely, being accurate, that funds are invested and stewarded properly,” she says. “We’re very fortunate in the quality of lay people involved. I can’t think of a more eminent group of people in this town [than the endowment committee].”

Former Bank of America chairman and CEO Richard Rosenberg is one of those eminent figures. The endowment committee, which he chairs, reviews grant requests “to show the transparency there,” he says. “The book the committee works from is 228 pages. It has investment information, information on the grants, our financial position. That gives donors great comfort.”

Donor Donald Seiler is an Atherton CPA, a former federation president and endowment committee chair who, with his wife, Ruth, launched a donor-advised fund. “It suits what I want to do,” he says. “I like the ease of operating. I can pool it for larger donations or make a recommendation to the fund, assuming it meets the criteria.”

The Seilers’ interests include local Jewish institutions like the federation and the upcoming Taube-Koret Campus for Jewish Life in Palo Alto. But the couple also gives to non-Jewish causes such as U.C. Berkeley, Stanford and local medical institutions.

Having been both a donor and endowment committee member, Seiler has seen up close how JCEF works. He remains impressed.

“Phyllis has done a fantastic job,” he says. “Thirty years ago it was a fairly small thing. It’s grown multifold. It’s clear they’ve done one of the best jobs in the country.”

Cook’s fluency with the finer points of philanthropy comes after more than 23 years on the job. Growing up in one of the only Jewish families in Idaho Falls, Idaho, Cook learned to value her Jewish connections early on. She attended Jewish summer camps and remained active in Jewish life into her college days.

After graduating from the University of Michigan, she became an English teacher. She also began volunteering at her local Jewish federation, serving as campaign chair and joining the endowment committee. Later, with husband David and daughter Ann, Cook moved to the Bay Area, where she volunteered at the S.F.-based Federation, a move that led her to JCEF.

When she took over, the value of JCEF assets totaled $12 million. Now it is approaching $3 billion.

“Phyllis is one of the great endowment developers,” says Imberman. “If judged only on the numbers, there’s no question that [JCEF] under her leadership has gotten to be one of the largest in the county.”

Cook’s high visibility in the community has led to some criticism of her leadership, but she shrugs it off.

“There was a period where people felt I had too much power,” she says. “Because the donors trusted me, [others thought] that meant I controlled them. If you know these people, you laugh about it. But it’s part of life. When you’re in charge of something, you’re out front. I’ve made mistakes I’m sure, but you respond to them and correct them.”

Cook and her colleagues prefer to let the work of the endowment speak for itself.

Says Rosenberg, “The endowment funds have such potential to impact the Jewish community, not just locally but in many cases nationally and internationally. This is one of the most incredibly successful vehicles for helping all of these communities.”

As for Cook, $2.8 billion is just a number, but one that translates into doing the greatest good for the most people.

“I care very much that the Jewish community continues,” she says. “I worry about it sometimes. The reason I stay here is the great people I’ve had the good fortune to know. They worked hard to achieve the ability to give away that much money.” 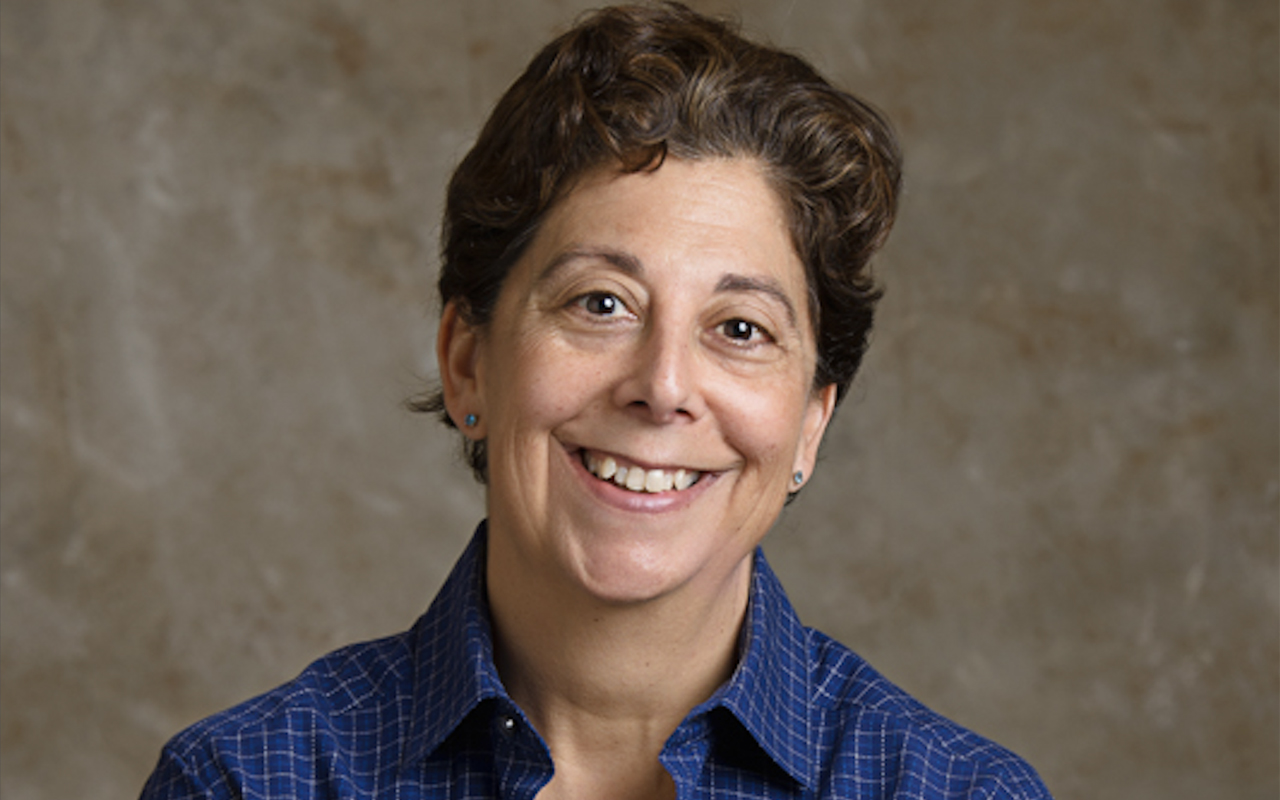