The ones still living are old men now.

But when they came together 49 years ago to form Moreshet, they were not far removed from their days as fearless Jewish youths, taking up arms against their Nazi oppressors.

Moreshet is an Israeli institution formed for the purpose of commemorating Jewish resistance during the Holocaust. Its founders are former resisters: partisans, underground fighters and Jewish ghetto warriors. All belonged to organized Jewish youth groups that instilled a fighting spirit the survivors still embody.

Today, Moreshet director Graciela Ben-Dror tries to keep the spirit alive, overseeing the institution’s multiple departments, including a museum, an education center, a publishing house and an archive.

Ben-Dror was in the Bay Area recently, meeting with Moreshet supporters.

She speaks with reverence of the men who founded her institution, among them Abba Kovner, veteran of the Vilnius Ghetto underground and a legend in Israel.

“Their goal,” she says, “was to never forget what happened to the Jewish people during World War II. A goal was to put the emphasis on the resistance, the resilience of the Jews during the Holocaust, Jewish heroism in response to the Nazi challenge.”

Ben-Dror sees a distinction between her institution and Yad Vashem, Israel’s national Holocaust memorial. The latter, instituted by an act of the Knesset and supported by the State of Israel, covers the totality of the Holocaust, including all victims and perpetrators.

Moreshet deals strictly with Europe’s Jewish youth movements that spawned resisters in places like the Warsaw Ghetto and the forests of Russia.

“Today we know there was such a resistance in several ghettos,” Ben-Dror says. “Warsaw was the most important uprising. [Moreshet founders] said after the war they wanted to die with weapons in their hands, while fighting against the Nazis, as a symbol for all the Jewish people that couldn’t do it.”

Over nearly 50 years, Moreshet has slowly built up its campus, located at Givat Havivah near Tel Aviv. The Mordechai Anielevich Memorial Museum (named for the leader of the Warsaw Ghetto uprising) has exhibits that recreate Jewish life in prewar Europe, and others that tell the stories of Jewish resisters.

“The message we are trying to give to Jewish children in Israel and abroad is you have to give hope when you educate. You have to give a positive message, not only the victimization.”

As for those publications, Ben-Dror says Moreshet has earned academic respect with its biannual journal for the study of the Holocaust and anti-Semitism. The organization has also published works of literature, biographies, academic studies and even children’s books.

Though a grandmother, Ben-Dror was no partisan, nor is she the daughter of one. Her parents emigrated from Poland to Uruguay in the 1930s. There she grew up in a strongly Zionist home filled with Yiddishkeit. By her college years, she had decided to make aliyah, and has lived in Israel ever since.

She is a historian by training, with a Ph.D. from Haifa University on the topic of Catholic-Jewish relations during the Holocaust. So the subject matter of Moreshet has meaning to her.

But not only because she studied it in college.

“I didn’t know my grandparents,” Ben-Dror says. “They perished in camps. So this topic is so important. I feel in my heart I have to give back something to them. It’s important that people should not forget.”

For more information on Moreshet, go to www.moreshet.org. 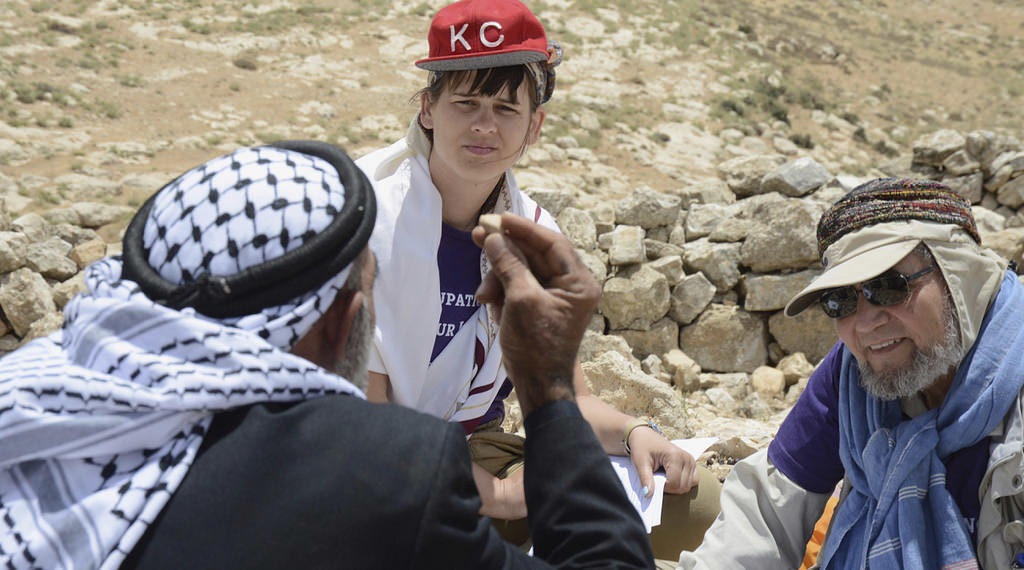