Dr. Ilana Sherer, 38, has a general pediatrics practice in Dublin at the Palo Alto Medical Foundation/Sutter Health with a specialty in caring for gender-nonconforming and transgender youth. She’s also a violinist with Saul Goodman’s Klezmer Band. She lives with her wife and two children in Oakland.

J.: You like to say you’re the best klezmer violin-playing pediatrician in the Bay Area. How did that come to happen?

Ilana Sherer: Classical violin was a huge part of my life from age 5 through high school. At a Hillel event in college, I sat next to someone in a klezmer band. There was a deep learning curve, but I played through college and then in medical school. I’ve played quite a bit here but it’s more limited now because of my kids. I grew up in a pretty mainstream Jewish community and klezmer helped me see there were other ways to connect to Judaism. Once I entered the klezmer/Yiddish world, I thought about how this is what my grandparents spoke, and how Yiddish culture has these really strong leftist roots.

Did you always know you would be a doctor?

When I was growing up, I was often told by my parents and others ‘You’re going to be a doctor,’ but I wouldn’t go along with what people thought I should do. For a time I thought I might be a research scientist, but then I realized I didn’t like working in a lab. There was one person there who was a medical student studying to become a pediatrician. I went along with them to a clinic and thought ‘This is what I want to do.’ Everyone was right all along, but I had to figure it out myself.

When did you choose to specialize in gender-variant children?

I worked at an LGBT health center during medical school. We treated a lot of transgender people, many of whom experienced homelessness and different kinds of abuse. I saw a “20/20” episode with a transgender college student, teenager and child. The kid was doing really well, and it was an aha moment. I thought, ‘What can we do to protect these kids, to keep them from struggling the way the adults are?’ When I got to UCSF for residency, I was directed to Stephen Rosenthal, who was creating the [Child and Adolescent Gender Center at UCSF Medical Center].

There are a lot of Jews working in this field, true?

Once, at the center, we were trying to schedule our next meeting and realized that everyone in the room but one person was Jewish. I see it as part of the social justice terrain and my personal responsibility as a queer person and a Jew. These are the kids who need us to support and advocate for them in the way the generation before advocated for me.

How do you explain the rise in trans or nonbinary children, and at younger ages?

Kids are now taught they can be whoever they want to be. We’re breaking down this imaginary social binary that tells you what each gender should do, but we’re also telling kids that you are in charge of how you live your best life and your best self. Not all kids who experiment will continue identifying as transgender, but they feel comfortable exploring it. In the past, a boy wearing a dress would get teased. Now, kids have the freedom to explore how they present and dress.

With a relatively small body of research, how do you know which treatment protocols to follow?

We don’t start any medical intervention until puberty. Most children who present as transgender now do so early, sometimes as early as 2 or 3, but we don’t need to do anything but support and love them until puberty. Then, they can take hormone blockers, which are fully reversible.

South Dakota’s state representatives introduced a law that would make it illegal for doctors to give such hormone blockers to children, but ultimately, it was defeated.

It’s so heartbreaking. Doctors providing this care in climates like that are my heroes. I admire those who are sticking their necks out. I feel very protected and lucky to be in the Bay Area. 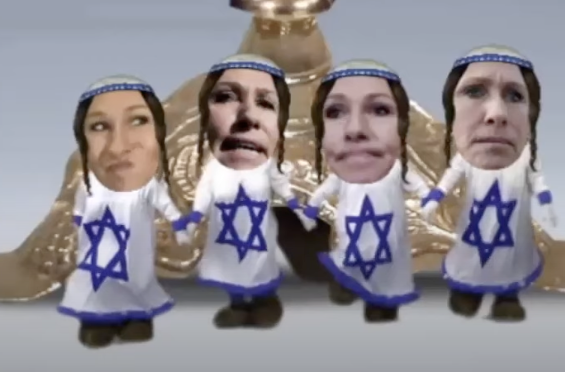