Louis Marshall had little patience for Greek life. In a 1928 letter to the president of Tau Epsilon Phi, a Jewish fraternity, he called frats “an absurd exhibition of infantilism” that “involve criminal waste of time.” He wrote that “[b]ooze and sex and their concomitants seem to constitute the be-all and end-all of [members’] mental lucubrations.”

Marshall, a lawyer and co-founder of the American Jewish Committee, was writing during a decade when Greek organizations were reaching peak popularity and influence on college campuses, and when most excluded Jews and people of color. Many had Aryan-only clauses (seriously) or just de facto excluded non-WASPs from the recruitment process.

Barred either in letter or in practice, Jews began to form their own Greek organizations around the turn of the 20th century; Black fraternities and sororities began forming around the same time.

Marshall thought antisemitic exclusion from Greek life was legally and morally wrong, but “personally,” he wrote, “I think it would be a blessing in disguise if our Jewish students were deprived of this great boon.”

Marshall’s thoughts have found an echo in today’s growing national calls to abolish Greek life, prompted by the summer’s national racial uprising in the wake of police murders of unarmed Black people. Students have borrowed language from those seeking to abolish police and prisons — as well as the sensibility that reforming historically discriminatory institutions is not sufficient — to demand that Greek members disaffiliate and chapters dissolve.

The #AbolishGreekLife movement uses Instagram testimonials to share stories of racism, sexism, transphobia and sexual violence rampant in historically white Greek organizations. Among the movement’s recurring qualms: Fraternities and sororities are still mostly white, run by rather unaccountable national organizations and reluctant to change their ways of archaic gender roles.

Rather than trying to change these organizations from within, students say, Greek life should be dismantled.

Jewish fraternities and sororities have had their share of racist scandals, and thus find themselves in an interesting position in relation to the #AbolishGreekLife movement.

It turns out American Jews have been arguing over the merits of Greek life — whether to join it, integrate it, or burn it down — pretty much since the first Jewish fraternity, Phi Epsilon Pi, was founded at Yale in 1895. Today in the Bay Area, there are active Jewish fraternities and sororities at Stanford, the UCs in Berkeley, Davis and Santa Cruz, and at San Francisco State, Sonoma State and San Jose State.

These passionate, sometimes nasty arguments are a fascinating lens into the evolution of Jewish whiteness, the price of assimilation, and the changing role of explicitly Jewish spaces on campus.

As the Black Lives Matter movement prompts reflection on racism and exclusion within the Jewish community, the history of Jewish Greek life complicates comfortable stories about Jewish involvement in the civil rights movement, challenging us to look at how Jews reacted to integrating our own spaces, not just Montgomery bus terminals or Mississippi voting booths.

Jewish Greek life emerged as a direct response to antisemitic exclusion on campus: During the first half of the 20th century, Jewish sorority houses often were the only place young Jewish women could live on campus when barred from boarding houses, and Jewish fraternities the only places Jewish men could socialize when prohibited from joining other clubs.

Jewish fraternities participated in the ADL’s Fireside Discussion Groups Project, which in the late 1930s sent out pamphlet guides about how to refute blood libel tropes and other common antisemitic conspiracies, and in the face of hiring discrimination, provided key access to a network of successful alumni.

Jewish fraternities and sororities also served as a bastion against intermarriage. They acted, historian Marianne Sanua Dalit said, “as a giant national Jewish matchmaking service. An amazing number of Jews met their spouses through the Jewish Greek system.”

Even as they were born of antisemitic discrimination, Jewish sororities such as Alpha Epsilon Phi (AEPhi), founded in 1909 at Barnard College, “had such a desire to find acceptance in their non-Jewish peers,” historian Shira Kohn said. They petitioned for entry to the National Panhellenic Council, white sororities’ governing body, every year between 1917 and 1946. They were finally allowed in 1947, nearly a generation after Jewish fraternities were allowed into the male equivalent.

Jewish sororities’ “anxiety about perceptions of Jewish inferiority drove them to be discriminatory against some Jewish women who were trying to become members,” Kohn said. “If someone was seen as being too loud, too stereotypically Jewish, gesticulating too much, seen as being too loose with men, all these were grounds for not accepting a woman as pledge.”

Jewish Greek life often was a site of vicious intercommunal bashing, precisely because it was an “important means of acceptance and acculturation into upper- and upper-middle-class American norms,” Sanua Dalit wrote in a 2000 article.

There’s constantly been a tension between the national organization and the kids on the campus.

The wealthy, German Jewish boys who founded Zeta Beta Tau (ZBT) in 1898 as a Zionist reading and social group would’ve sneered at Alpha Epsilon Pi (AEPi), which began as a frat for night-school students at NYU studying accounting.

In the 1930s and ’40s, Jewish women at the University of Missouri got the ADL involved when they alleged that the campus ZBT chapter was forbidding its members from dating Jewish women, charging them $5 if they broke the rule. “What was really incredible was the self-hatred, the antisemitism that they internalized,” Sanua Dalit said.

The debates that roiled Jewish Greek life most viciously, though, were over race and civil rights.

When Jewish sororities at Syracuse and Hunter College asked their national organizations if they could integrate in the late 1950s and early 1960s, the higher-ups refused.

Kohn said this came as much from a desire to exclude African American students as a deep desire for self-preservation. “What [the national offices said] is ‘if Jewish organizations are the first to integrate, we are going to be in so much trouble with NPC [the National Panhellenic Council]. Jews cannot be on the vanguard of this moment.’”

A few Jewish chapters succeeded in challenging their national organizations.

In 1950, Phi Epsilon Pi threatened to expel its UConn chapter for pledging Alfred Rogers, a Black student and varsity football player. But students organized more than a dozen other chapters nationwide to threaten mass resignations, forcing Phi Epsilon Pi to adopt a resolution in late 1950 that it would not discriminate on the basis of color.

“When the ’60s came and that general campus rebellion [too], Jewish and non-Jewish students just decided frats were irrelevant and they walked off, leaving chapter houses empty,” Sanua Dalit said.

In fact, when Phi Epsilon Pi brothers at Columbia University abandoned their house to join anti-war and civil rights demonstrators in 1968, Students for a Democratic Society took over the building to use it as their campus headquarters.

Now, like in 1968, thousands have been protesting in the streets and demanding a national reckoning with systemic racism — though students today aren’t necessarily occupying frat buildings.

Besides, what remains of Jewish Greek life would be totally unrecognizable to Louis Marshall and other early critics: These days, white Jews are considered white and are widely recruited into non-Jewish Greek organizations. Plus, many of the early Jewish fraternities and sororities have dissolved or abandoned their Jewishness — and the remaining Jewish Greek chapters tend to resemble the rest of U.S. college culture (save the occasional fundraiser for Israel, boozy Shabbat dinner, or, unfortunately, a Jewish fraternity house vandalized with a swastika).

Historically, white Greek life seems less and less defensible in the face of accusations of systemic racism and exclusion, and the slow, piecemeal pace of any potential reforms.

Even so, Jewish fraternities and sororities seem to be moving ahead.

In an email, AEPhi’s national resident dismissed the idea that recent qualms with white Greek life apply to Jewish chapters.

“AEPhi is in a unique position with regards to the abolish movement,” she wrote. “[We] have never had any exclusionary clauses in our documents. We were founded 110 years ago when Jewish women were not permitted to join other sororities. We were created as a home for Jewish women so that they could have the same sisterhood experiences as the other groups in a Jewish setting. Here we are 110 years later.”

J. covers our community better than any other source and provides news you can't find elsewhere. Support local Jewish journalism and give to J. today. Your donation will help J. survive and thrive!
Support J.
Jess Schwalb

Jess Schwalb (she/her) is a writer and researcher from Washington D.C. Her work can be found in Jewish Currents and New Voices Magazine. 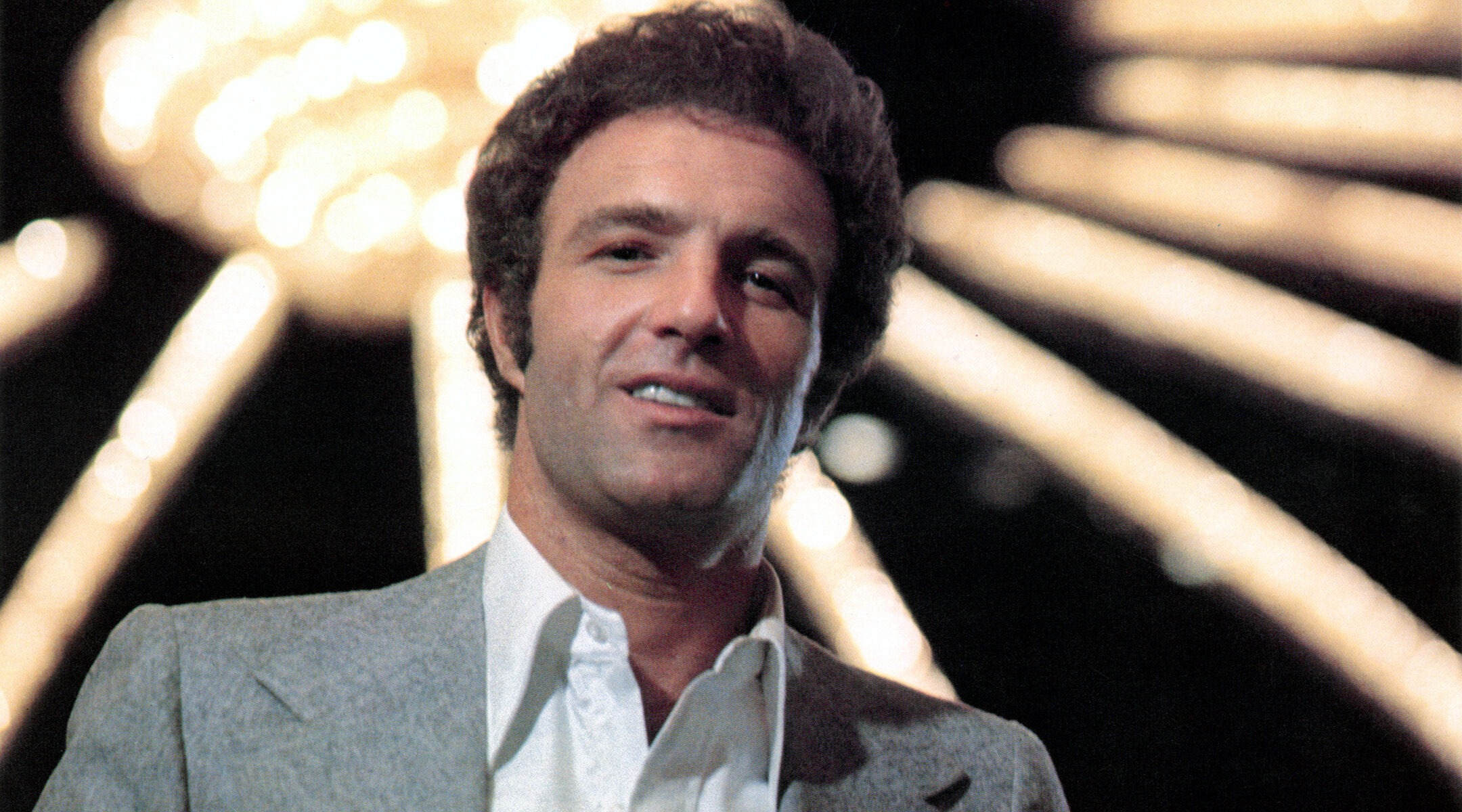