Every Chanukah, Richard Graves led his preschool students in a group art project, painting the windows of the Jewish Community Center of San Francisco's preschool with colorful holiday symbols.

"He was like this giant Pied Piper, surrounded by all these little people, everybody buzzing and having a great time," recalls Micki Cooley, director of the JCC's four preschool sites. At 6 feet 4 inches, Graves was a large presence at the school for 17 years, working his way from teacher's aide to director of the 160-family California Street preschool facility.

Last Friday, Oct. 22, Graves died of lymphoma in his San Francisco home. He was 42.

According to teachers and parents, the legacy of this accomplished painter and teacher thrives in the hundreds of students he worked with over the years. His memory will also live on through the new JCC of S.F.-Richard Graves Memorial Fund, which will be used for either art activities, scholarships for needy families or a community garden to replicate Graves' own home garden.

While the director of the Jewish preschool wasn't Jewish, co-workers and parents say he embodied the Jewish values of tzedakah (charity) and tikkun olam (healing the world).

"He had a Jewish soul. The man may have been raised in another faith, but he lived Jewish values in everything he did. He had such a natural love of what he taught, of Judaica," says Cooley.

Last year, Graves took an early retirement to work on his own art full time. (He had earned a master's of fine art degree from U.C. Berkeley and studied art for a year in Florence, Italy.) Even after retiring from the JCC, he returned periodically as a volunteer art teacher, and it is the creative moments with his young students that his colleagues remember best.

One of Cooley's lasting visions of the teacher is from a recent visit. Graves sat in a tiny chair made for preschoolers, drawing with his students "this gigantic figure at this little table." Other faculty members say that despite Graves' size, he inspired a "total ease" in children while nurturing their artistic sides.

According to one parent, San Francisco Judge Ellen Chaitin, "Big Richard will live in the memory of my children and every child who passed through the JCC nursery school."

Another parent, Jeanie Schram, was initially skeptical when she realized the director of her son Gregory's Jewish preschool wasn't himself Jewish.

After working with Graves to develop a parent committee, Schram's worries were eased.

"He could dance rings in his knowledge around the majority of people. He was well-educated and informed about Jewish practices. More important, he lived and modeled a Jewish life with Jewish values," says Schram.

At Graves' memorial, Schram eulogized the teacher, comparing him to a famous figure in children's literature.

"I read from `Charlotte's Web.' Richard was Wilbur, radiant and humble. He had a glow about him. He was such a humanitarian, a sensitive, caring person. It really pervaded the halls and the atmosphere of the school. That's what everybody responded to," says Schram — who happened to be reading the book to her son when she learned of Graves' death.

Lenore Naxon, who plans to work with other parents to present an exhibit of Graves' work, stopped by his apartment after his death. She says she was surprised not only by the beauty and depth of his artwork, which has been displayed at several local galleries, but also by his garden. His mother, Carol, who was cleaning out her son's apartment, showed Naxon the well-manicured flora.

"The garden is extraordinary, splendid, with winding pathways laid brick by brick, saplings turned into enormous, happy trees. His garden was like his love for children," says Naxon.

"Richard made things grow, and they flourished when they were with him." 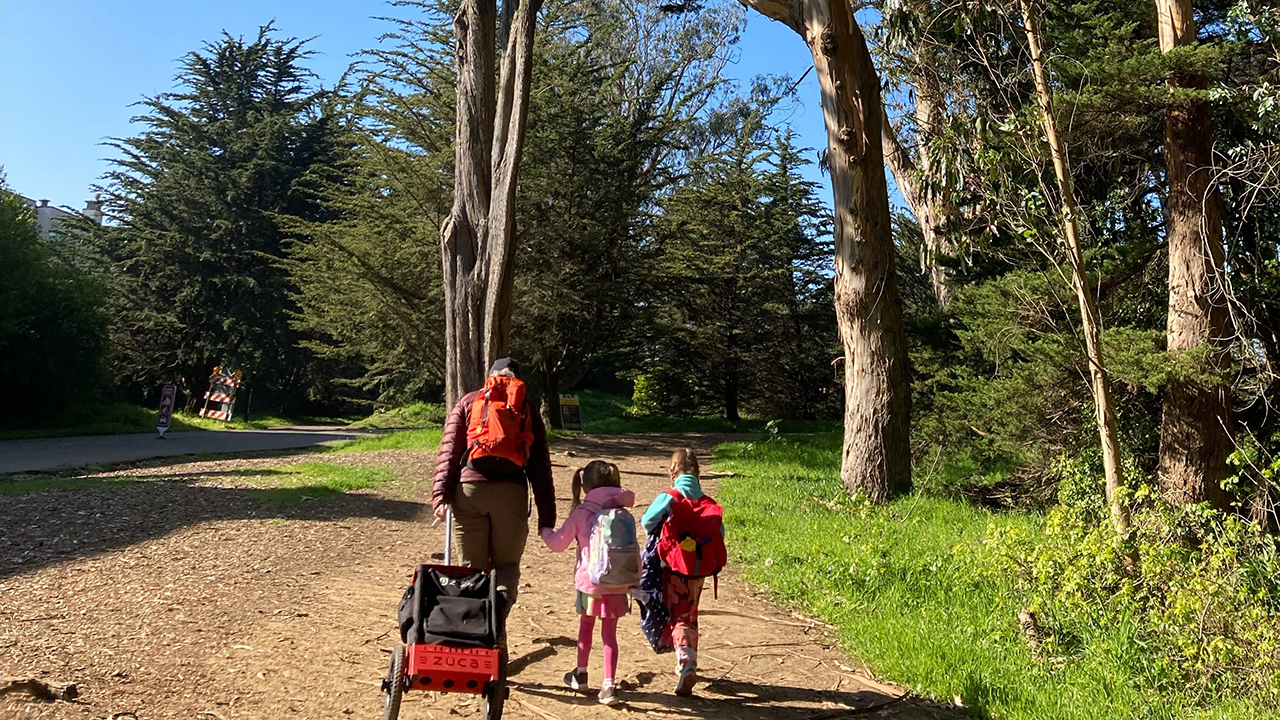