LOS ALAMOS, N.M. — The Jewish community here has evolved from salami-and-rye-bread meetings in army barracks to a well-established Jewish center over the past 54 years.

But throughout the changes, this anomalous and remote Jewish community has not lost its curious, close-knit character that sprang from the secretive Manhattan Project of World War II.

The New Mexico Jewish Historical Society held its tenth annual conference last month, gathering scientists and army personnel of Project Y, or the Manhattan Project, for discussions and recollections on Los Alamos — the secret city, then and now.

The conference came from a need to record the oral histories of Jews involved in the project.

Los Alamos was chosen by the Allied Forces for its isolated location in 1942. By 1945, under the direction of Manhattan engineer district commander Gen. Leslie Groves, nearly 6,000 scientists and personnel had developed the device that changed the meaning of war, the atomic bomb.

The bomb was tested at White Sands, outside of Alamogordo, N.M., on July 16, 1945, and on Aug. 6 and Aug. 9 bombs were dropped on Hiroshima and Nagasaki, leading to Japan's surrender and the end of World War II.

Los Alamos National Laboratories' leading scientists and many of the personnel were Jewish.

But it wasn't until the intense pressure of the war subsided that a Jewish identity formed in the community, said Manhattan project scientists at the conference, which ran last month.

"It was not a community where you spent a lot of time with people that you didn't work with," said Jay Wechsler, who worked in the physics division during the Manhattan Project and still lives in Los Alamos.

The senior scientists who made the bomb were largely Jewish refugees from Europe.

The Jewish Hungarian scientists were called the Martians, said Harris Mayer, a theoretical physicist for the project, "because people didn't believe one place could have that many brilliant people at one time."

There was no Jewish consciousness among these men, Mayer said, and those who did desire a Jewish community were then too busy to organize.

"Jewish names were everywhere, [yet] you never really knew who was Jewish," Wechsler said.

Robert Shlaer, a child during the early years, said he remembers the high tension of the times and stress of never knowing what his father was doing out there.

"That was the biggest disruption of family life in Los Alamos," Shlaer said.

The first High Holy Days services were held in 1944. Prayer books were provided by the Jewish Welfare Fund during the war, but it was not until 1947 that the first Jewish organization, B'nai B'rith Lodge 177, was established.

Irving Goldfarb began on the Manhattan Project in 1945 as a machinist assembling the first bombshell. "A few Orthodox started talking and we started congregating in dorm rooms," Goldfarb said.

"It was merely social and there were no more than six people," he said. "So I asked my mom to send me salami and rye bread because if you feed them, they'll come — and they did."

Joe Bergstein, raised Orthodox yet resentful of its restrictions, was recruited to the lodge in 1953.

"The men in the lodge were witty and it was pure pleasure," Bergstein said. "It was the first time in my life I enjoyed being Jewish."

In 1954, roughly 20 families got together to form the Jewish center, and agreed to take full responsibility for developing the community.

Services, led by volunteers, members and visiting rabbis from Orthodox, Conservative and Reform backgrounds, were open to the entire Los Alamos Jewish community.

Members raised all funds, ran the religious school, established ties with the Christian community and developed a strong Jewish presence in town — without a rabbi and without affiliation.

The social roots and family feeling of the early years set the precedent, and it is evident that a policy of openness and flexibility continues today.

Karen Hack, who moved from New York City to Los Alamos 30 years ago, said that while growing up in Queens she wasn't part of organized religion but in Los Alamos she has become an active member of the Jewish community.

"Everybody [in Los Alamos] is very far from family," Hack said, "and everyone here is like extended family.

The laboratory still employs most of the town's residents, who have numbered about 18,000 in the last decade.

Rabbi Jack Schlachter has been in Los Alamos since 1979. Before he became a rabbi, Schlachter served as an alternate Los Alamos municipal court judge in order to perform lifecycle ceremonies.

Schlachter is not the center's official rabbi, and takes his turn leading services as do all other members. But he serves as a community leader and voice.

"My service as a rabbi is to be a resource to the community," Schlachter said, "so they can do their job of taking their adult responsibilities seriously."

Wechsler, who worked in the physics division during the Manhattan Project, said he remembers how difficult it was to organize during the early days. But he believes that in the end, the secret city's character strengthened the Jewish community. 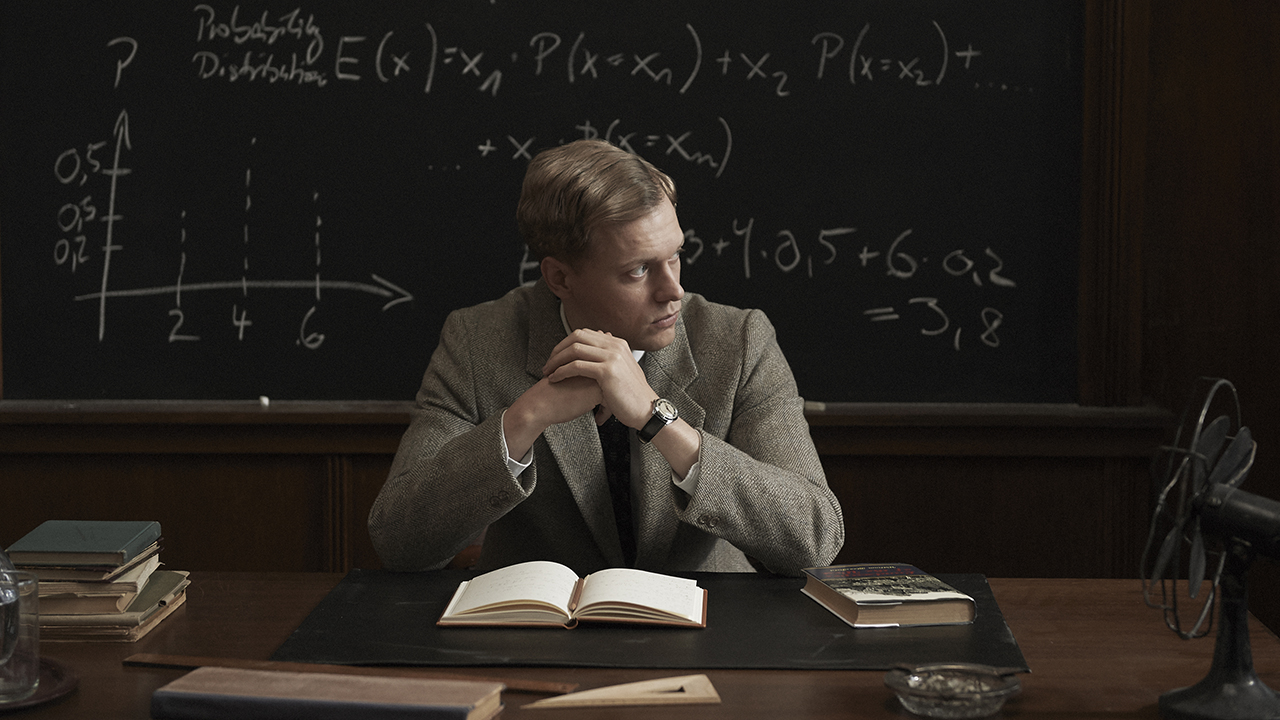