Michelle Margulies was the dream daughter of every Jewish parent. Her childhood was shaped by synagogue life, Jewish summer camps, religious retreats and the hallmarks of upper-class privilege.

But something went wrong.

She is now serving a 23-month sentence at the federal prison camp in Dublin for eight counts of credit-card fraud and trafficking stolen goods in several states.

The young woman is one of about 20 Jewish female inmates there, including would-be presidential assassin Sara Jane Moore and Hollywood madam Heidi Fleiss. While their crimes are embarrassing to the Jewish community, many of the women still want to be Jews.

In prison, they light Shabbat candles, build sukkot and hold seders. Some study Jewish texts every week with a rabbi and follow kashrut.

But despite their rededication to Judaism, four of the women feel they are rejected by the Jewish community.

The women watch Muslim and Christian religious groups routinely visit with other inmates. They see the visitors bring religious paraphernalia, videos and books. The visitors listen to the inmates, give musical performances and provide weekend religious retreats inside the compound.

"We have a rabbi, but the other groups have others who come in and it means so much to the women," noted Moore, 70, who was sentenced to life in prison for her failed attempt to assassinate former President Gerald Ford.

The Jewish community "doesn't want to believe there are Jews in prison. Well, there are and they should acknowledge us."

A former doctor's wife, mother and accountant who became an FBI informer and later a socialist revolutionary, Moore has campaigned on behalf of women and downtrodden farmworkers, among myriad other liberal causes, she said.

She decided to take on patriarchy singlehandedly after she was shunned by leftist colleagues who accused her of having confused loyalties. On a clear autumn day in 1975, she leveled a nickel-plated pistol at the country's chief patriarch outside the St. Francis Hotel in San Francisco. The bullet missed when a bystander grabbed Moore's arm as she fired.

At the federal correctional institution in Dublin, Moore led a 1983 prison campaign for kosher food and got it.

She said she comes from a long line of activists in her German Jewish family from West Virginia. Her mother was a professional musician when that field was almost exclusively male. Moore's mother also was the state's first woman to sit on a grand jury.

"Our reason for living was to set an example and do for others who are not as well off," said Moore, who was born Sara Jane Kahn but later adopted her mother's maiden name.

While social justice was important to the family, other Jewish traditions were largely absent from the home. Her parents, despite their efforts to assimilate, were refused membership to the local country club. A sister was denied college admission under Jewish-quota programs.

Moore dabbled in a variety of spiritual practices throughout her life. She recalls attending services at Grace Cathedral in San Francisco, and still maintains a correspondence with an Episcopalian priest.

Yet when she entered prison, she penciled "atheist" in the religion line of her admission papers.

After her kosher food campaign, Moore felt that she had to walk her talk. She has followed kashrut ever since.

"It has become so much a part of my life. It becomes part of who you are."

The longtime rebel has participated in Jewish activities at the prison for years. Many of the rituals, once completely foreign, now bring tears of joy to her eyes.

Her blue eyes appear watery often during the interview, when she talks about one of her sons or a Victorian house that she will never again see. Her once-short, dark locks are now mostly gray and fall to her waist in a braid.

Moore is more comfortable now with her Jewishness than during her youth, when it was a family secret. Yet she tires of the constant attention in prison to ethnicity.

"Here, you're always conscious that people know you're Jewish. We are reminded on a daily basis [by taunts] in the food line. You're Jewish first and a human being later."

That a lifelong nonobservant Jew would in prison suddenly discover a Judaism worth defending isn't unusual. It is precisely when you're down on your luck that questions about the meaning of life arise, prison chaplains say.

Those concerns led Margulies to renew her relationship to Judaism.

After years of religious school as a youngster, she is the only inmate who reads fluent Hebrew during Torah study. She usually knows all the lines when the prison's visiting rabbi, Joanne Heiligman, leads the group in song and prayer.

Margulies hadn't been in touch with her family for three years when she was arrested. Her trial and subsequent incarceration has served to reunite the family, albeit long-distance.

Prison "has been a mixed blessing," she acknowledged, but declined to say why she previously had cut relations with her family.

When Margulies called home last Chanukah, she could hear her mother frying latkes and begged her to send some. But outside food is forbidden in prison.

"She placed one of the greasy latkes on her last letter, so I could at least smell them."

The college graduate misses the company of well-educated conversation partners. But she tries to focus her attentions on an interior decorating correspondence course and her prison job as a $5.25-per-month orderly.

Her wages are considered high by prison standards because she has a college degree.

Nevertheless, Margulies relies on regular installments from her parents to pay for items not provided by the prison such as candy bars, phone calls and some toiletries. The money never seems to go far — a box of prison tampons costs $7, she said. A drugstore-brand facial balm is $10.

While she finds the crowded surroundings and spartan lifestyle at times unbearable, Margulies said she has no regrets about leaving behind her life of crime.

"Prison has made me appreciate everything a lot more. My [spirituality] has deepened. God let things follow as they did for a reason — I needed a wake-up call."

Political wake-up calls were Dyanne Petersen's specialty before she came to FCI Dublin.

A Libertarian activist and public policy analyst at an educational think tank, Petersen took on society's problems on all fronts. When she wasn't crusading for educational and health care reforms, she was smuggling non-FDA-approved cancer drugs into the country.

On one such excursion, Petersen said, her supplier stashed heroin in her booty without her knowledge. She sailed undetected through Singapore but was caught red-handed by U.S. custom officials. Her sentence: eight years.

Petersen's activist spirit has not waned in prison. She makes her own paper and greeting cards that are sold to raise money for the Aleph Institute, a Jewish prisoners' advocacy group founded by Chabad. She teaches papermaking and opera appreciation to other inmates and has lobbied to save the lives of feral cats that dwell on the prison grounds. Many of the cats have been befriended by women in the low-security compound.

Petersen, who appears to be in her early 50s, also tracks alleged anti-Semitic incidents at the prison. She once contacted the Aleph Institute about a staffer in the chaplain's office who habitually denied religious requests made by Jewish inmates. Aleph investigated and the chaplain's office subsequently dismissed the staffer.

Perhaps it is no coincidence that Petersen wants to look into Chassidic observance when her sentence is over.

That she is devoted at all to Judaism is remarkable. Once a self-described Messianic, a Christian sect that incorporates Jewish elements, she discovered only recently that she was born a Jew. In fact, both her devoutly Christian mother and her father were born Jewish.

She recalled that several years ago, "my mother's health was failing. There was this urgency to bring me pictures of parents, grandparents and the Old Country." It was then that her mother divulged that her parents abandoned Judaism when they came to America.

Petersen's mother adopted a Messianic practice when her daughter was still a teen, so Petersen was no stranger to Jewish observances.

Now, she said, "the more I learn about Judaism, the more I embrace it."

Like Petersen, Yvonne Ferguson, 38, found out she was Jewish after she landed in prison for a drug conviction.

Though Ferguson is African-American, her mother is a born Jew. Her grandmother had abandoned Judaism long ago.

"My grandmother died three months after I got here so I never had the chance to ask her about it," the inmate said.

Before learning of her birthright, Ferguson had resumed an old hobby from childhood — reading books on Jewish subjects. She was contemplating a conversion when she discovered that she already was Jewish. The revelation has intensified her studies and led to a Jewish observance that she described as "a love affair."

Ferguson recites the Sh'ma daily and is preparing for Orthodox observance when her six-year sentence ends.

She said that black inmates sometimes ridicule her lifestyle.

"They make snide comments — `You can't be Jewish, you're black' — and get into the Farrakhan thing.

"They don't realize what blacks and Jews have in common," she added.

Ferguson looks forward to a radically different lifestyle when she gets out of prison. She hopes to find the right synagogue, but worries about not being accepted.

"They'll want to know where I've been for six years."

Heidi Fleiss, a one-year inmate at FCI Dublin, declined to be interviewed.

All the women interviewed agreed that while the Aleph Institute provides newsletters, audiotapes on Judaism and holiday food baskets, they expect more from the wider Jewish community.

Margulies would like the community to help her make job contacts when she leaves prison. Moore said she'd like regular visits from Jewish women's groups and in-prison seminars on Jewish subjects.

A Purim concert would have been nice, she added.

Ferguson wants to read contemporary books on Jewish subjects. The books in the prison library, she said, are outdated. Petersen wants to step up her everyday observance but finds herself limited without daily prayer books.

Heiligman sometimes brings in a Jewish song leader and tries to make holiday celebrations special. But as a contractor who works with prisoners, she is prohibited from giving them gifts. The rabbi can, however, bring gifts bearing an appropriate "donations from" tag from the Jewish community.

The Reconstructionist rabbi is impressed by the spiritual dedication of those she counsels. Yet there are Jewish women in the compound who don't attend her activities. Heiligman nevertheless encourages their participation and lends a sympathetic ear when they have problems.

Others find Shabbat observance a handy excuse to escape kitchen duty — that is, until Shabbat becomes inconvenient.

"What's difficult is when I see someone who doesn't understand why they're there," Heiligman said. "They see no problem with [their crime]. It's painful to watch.

"If I think of some magical thing to say, then I try. But sometimes you realize that this person isn't gonna rise above this, and I haven't got magic for that," she said.

"I don't have a spiritual hammer." 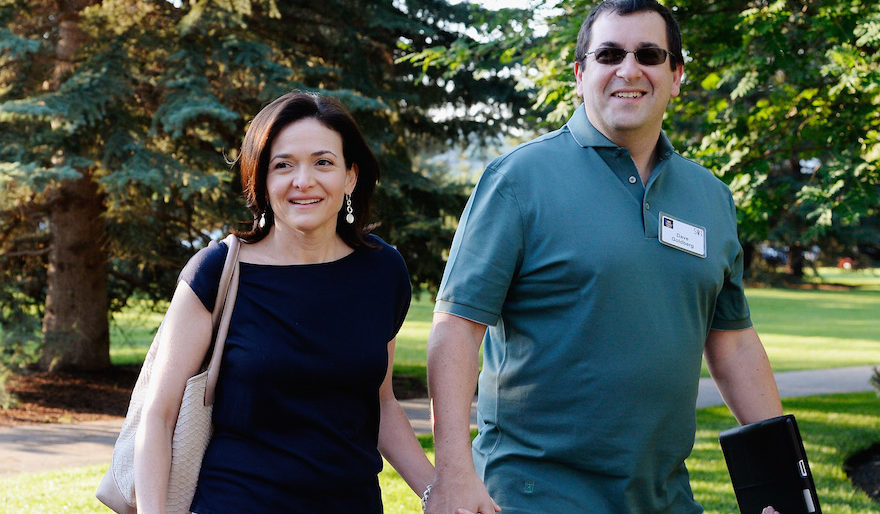