In 1944, after Dora Sorell had been interned in Auschwitz a few months, her shoes were already falling apart. Needing replacements, the 22-year-old was taken by her supervisor to a huge pile of shoes.

"The shoes were paired only by size. Neither the style, nor the color or the height of the heels mattered," Sorell writes in her memoir "Tell the Children: Letters to Miriam."

The morning after Sorell chose her shoes, she spotted a girl wearing one of the mates. The girl didn't want to give up the shoe, however, and the two quarreled every morning after, during roll call.

One day, the girl disappeared.

"A week or so later," writes Sorell, "another girl brought me the brown shoe. The owner of the shoe, sick in the hospital, believing she might never get out of there alive, decided to send me the shoe, so at least I could have a real pair."

Sorell likes to share this story and others with schoolchildren, visiting them through the speakers' bureau of the Holocaust Center of Northern California.

It was the birth of her first grandchild, Miriam, 16 years ago, which prompted Sorell to put pen to paper. "Tell the Children" is written as a series of letters to Miriam.

Sorell's recollections are often triggered by a present-day event — the glimpse of a red blouse at the opera or the anniversary of the day she arrived at Auschwitz.

"My grandchildren are all American. I realize if I'm not going to tell them the history of the family, they will never know," the 77-year-old says in an interview.

Sorell will read from her book at 3 p.m. on Sunday, Nov. 15 at the Berkeley-Richmond Jewish Community Center, 1414 Walnut St., Berkeley. The event is sponsored by Cafe Europa, a survivors' organization.

"Tell the Children" chronicles Sorell's life — from growing up in an Orthodox family in Sighet, Romania, to the present-day in her San Rafael home, where she lights Shabbat candles with her five grandchildren.

Central to the narrative, of course, is the Shoah, during which Sorell lost her parents and two brothers. She, herself, spent 12 months in Auschwitz and Weisswasser.

In a letter titled "May 17" she evokes the vividness of her memories.

"…I feel the raindrops on my shaved head; I shiver in the cold morning wind; I feel the touch of the large wet shoes against my feet. The shoes have no laces. I have no stockings. I am aware that I am part of a huge crowd at the mercy of a few armed SS men. I wait for that bowl of warm soup to be passed around and watch with the others to make sure no one drinks more than her share. I breathe in the air, I smell strange odors. The sight of the gloomy surroundings adds to the fear, the panic, the impotence, the confinement."

After the war, she returned to Romania and reunited with her boyfriend Tzali, whom she eventually married. She attended the Institute of Medicine in Timisoara, Romania and in 1964 immigrated to New York, where she worked in rehabilitative medicine and taught at the New York College of Medicine in its department of rehabilitation.

She and Tzali had three children. Three years ago, they moved to California to be closer to their grandchildren.

Miriam and some of Sorell's other grandchildren have read the book that was written with them in mind.

"They were impressed with how life was before the war, knowing about their great-grandparents," Sorell says.

She also shares her memoirs with students, giving talks at Bay Area schools. By appearing before them, she says, "It becomes personalized — the war and the losses.

"They promise me never to forget what happened." 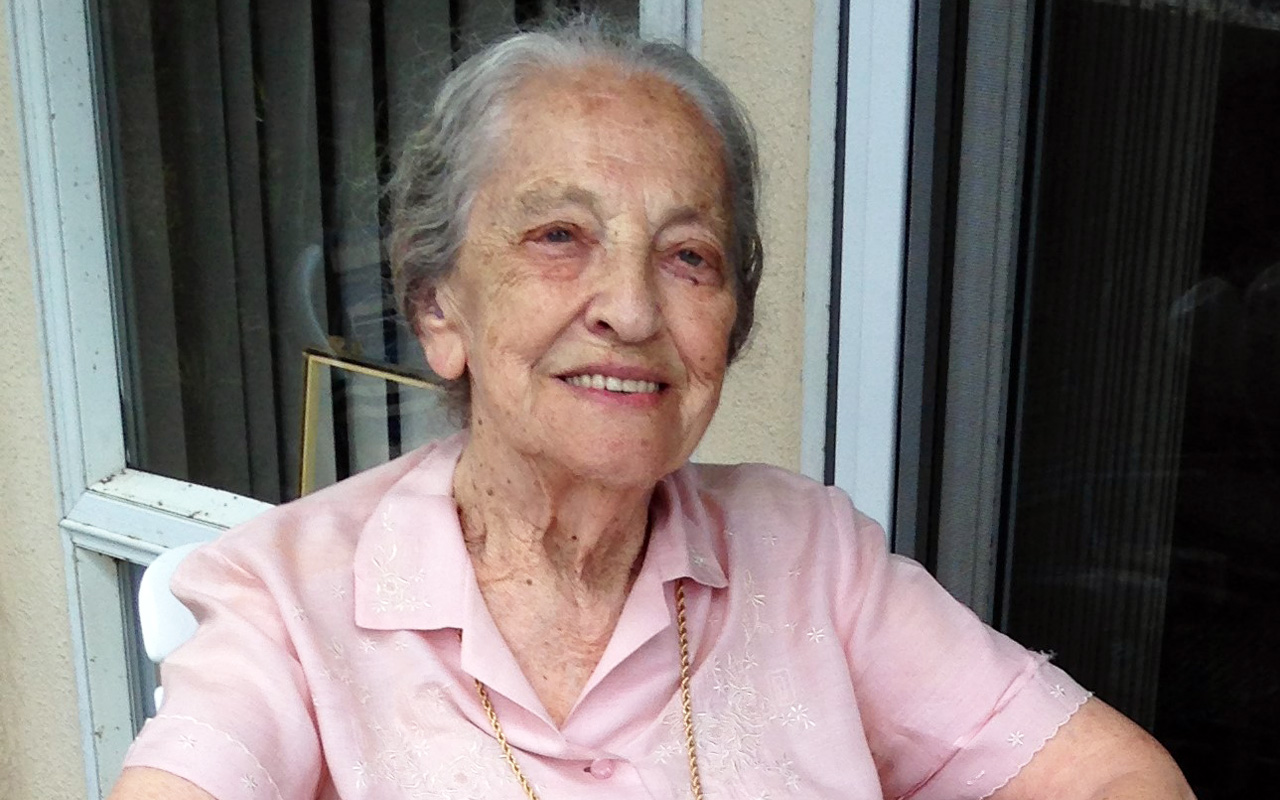