Why is Israel waffling on Kosovo

JERUSALEM — While the West has gone to war against Yugoslavian President Slobodan Milosevic, the Israeli government has remained quiet, primarily an observer in the background.

Within the halls of the Knesset, the name Milosevic is spoken only with great effort. Government officials shy away from the term Serbs, and prefer not to say anything about bombing.

Prime Minister Benjamin Netanyahu, and especially Foreign Minister Ariel Sharon, couch the agony of Kosovo in humanitarian, not political, terms. They try not to play the blame game.

The government has stepped up aid to the Kosovo refugees, and Netanyahu, at least, has managed to get out a sentence or two in support of the NATO military campaign, which is aimed at stopping the onslaught against Kosovo's 1.8 million ethnic Albanians.

"Israel," Netanyahu has said, "condemns the massacre being carriedout by the Serbs, and denounces any mass murder."

But other than that, there's been nary a peep from Netanyahu's administration about this incident, which many would classify as a world crisis.

One reason is the Jewish history with the Serbs, who rule Yugoslavia. The Serbs saved thousands of Yugoslavian Jews from the Nazis, and fought with the Jews as partisans.

Many in Israel are also under the incorrect assumption that the Serbs were totally on the Jews' side in World War II, while the Serbs' enemies — in this case, the ethnic Albanians in Kosovo, most of whom are Muslims — all sided with the Nazis.

Additionally, there is the fear — as reportedly spoken by Sharon — that the NATO bombings could be repeated one day on Israel as a means to force a resolution in its dispute with the Palestinians.

Add to this the fact that Israel's relations with Serbia have been problematic ever since the disintegration of Yugoslavia earlier in the decade, and one starts to see why Israel's government has been hesitant to speak out on the issue.

Even the images of massacres and streams of refugees as ethnic Albanians flee their native Kosovo — images that hearken back to the Jews' own treatment at the hands of the Nazis — have not been enough to shake the Israeli government from its slumber regarding the situation.

A source close to Netanyahu acknowledged that there had been a "lack of definition" in the prime minister's reactions at first. The source attributed that to Netanyahu's preoccupation with his election campaign, adding that "perhaps the scope and seriousness of [the events in Kosovo] didn't sink in right away."

Some observers also note that while Israel's closest ally, the United States, is leading the NATO assault, Netanyahu may have been concerned that he would ruffle the feathers of Russia — the strongest opponent of the bombing — by supporting it. Netanyahu, they noted, has begun cultivating warm relations with Russia.

The prime minister's most definitive political statement came March 31 during a radio interview while meeting a group of Yugoslavian Jews who had just arrived in Israel.

Netanyahu said he had been asked his position on the NATO campaign and had made his position clear: "We stand behind the effort, the effort of NATO and President Clinton to end this tragedy."

However, Sharon, was less enthusiastic regarding the NATO strikes.

In remarks quoted last week by the newspaper Yediot Achronot, Sharon told a closed-door audience that Israel had reason not to support the strikes out of fear that the Jewish state might one day be similarly targeted.

The newspaper said he asked his audience to imagine what might happen if the Israeli Arabs in the Galilee ever demanded that their region be recognized as autonomous — with links to the Palestinian Authority.

Would NATO strike at Israel under such a scenario as it had done in the wake of the Kosovo Albanians' attempts at autonomy? Sharon asked.

Sharon subsequently denied the report, stating that Israel expects the NATO forces to do "their utmost to end the misery of innocent people and renew the negotiations between the parties as soon as possible."

On a U.S. visit Monday and Tuesday, Sharon also went on to warn that the plight of ethnic Albanians could spread Islamic unrest and lead to a "new center of Islamic terroism" in Europe.

"The free world must look forward and see dangers in the future if a large bloc of Islamic states should develop what it's possible to call a Greater Albania," he said.

Among Israelis, just as within the government, there are similar differences of opinion about how to respond to the situation in Kosovo.

While it is virtually impossible to find an Israeli who will give specific support to Milosevic's assault on the people of Kosovo, many identify with his political predicament. In their view, the Serbs, like the Israelis, are unfairly seen as the "neighborhood bully" beating up on a weaker enemy, when the bullies have actually suffered greatly at the hands of the so-called "underdogs."

Sofer said many Israelis also identify with Milosevic as a "wounded lion" who, in the last decade, has been compelled by Western force and pressure to concede piece after piece of what he considers Serbian country.

"We gave up the Sinai and Gaza and part of the West Bank, and now they want us to give up the Golan. Same thing," Sofer said, describing a common Israeli attitude.

However, another typical attitude — that all Albanians sided with the Nazis during World War II — is false, said Avi Pazner, chairman of Keren Hayesod and formerly Israel's first ambassador to Albania, which borders Kosovo.

"Except for the Danes, the Albanians were the only people in Europe who rescued their country's entire Jewish community," Pazner said.

But not all the Albanians were Righteous Gentiles, added Steiner-Aviezer.

When Haj Amin el-Husseini, the pro-Nazi Mufti of Jerusalem, visited the Balkan region in 1943, he exhorted Muslims in Albania, Kosovo and Bosnia into forming the SS Division No. 21, she pointed out.

"The Serbs saved many Jews. Contrary to their present image in the world, the Serbs are a friendly, loyal people who will not abandon their neighbors," Steiner-Aviezer said.

Yet, among the Serbs, too, there was also a movement that collaborated with the Nazi invaders, added Steiner-Aviezer, who emigrated from Yugoslavia to Israel in 1971.

In other words, those Israelis and government officials looking for a clear-cut good guy and bad guy in the scenario are out of luck. 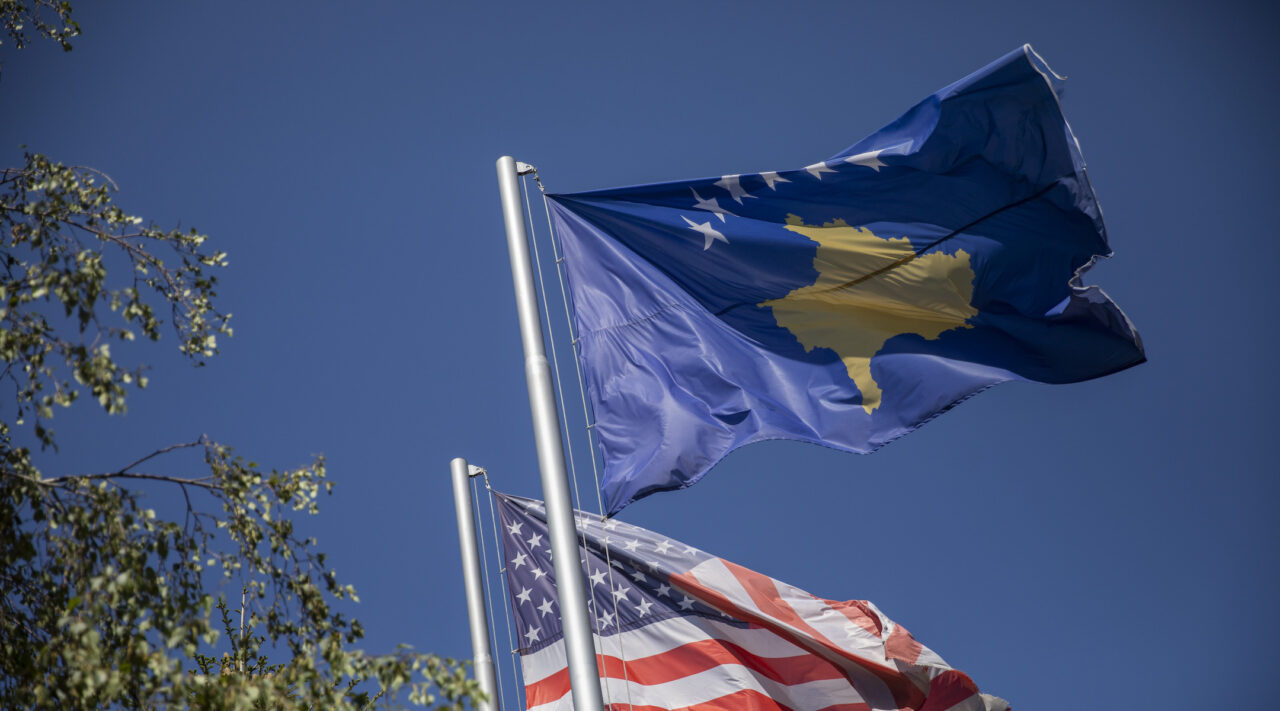