This summer, 30,000 Jewish children will stuff their suitcases with snacks, towels and sunblock and head to Jewish overnight camps.

Jewish camps are more popular than ever. Those in the field say that demand far exceeds the supply and that many older camps are in need of refurbishing.

Eleven Reform and seven Conservative camps exist in North America. There are also a couple of dozen Zionist camps sponsored by organizations such as Young Judaea, HaBonim Dror and B'nai Akiba, as well as 23 camps sponsored by Jewish community centers.

Altogether about 105 Jewish camps are located in North America, serving about 4 percent of Jewish children every year.

Several new sites have been built and others refurbished, including UAHC Camp Newman, which opened in 1997 in Santa Rosa.

"The demand for Jewish summer resident camping is high…However, the Jewish community's major agencies are moving sluggishly if at all — they are now building three or four new camps, compared with the 100 or so that are needed," said Arian, whose foundation was established last August.

A new study on Jewish camping, jointly published by the S.F.-based Institute for Jewish and Community Research and the Foundation for Jewish Camping, strongly supports the notion that attending Jewish resident camps fosters a strong sense of attachment and commitment to Judaism later in life.

"The Jewish community is primarily concerned with continuity," said Arian. "Trips to Israel and Jewish day schools — both seen as beneficial — have long received philanthropic support and there are tremendous community efforts to get children into these programs. Camps, until now, have not."

Deborah Newbrun, director of Camp Tawonga near Yosemite National Park, said to avoid being on a waiting list of up to 150 potential campers, families must enroll their kids by December for the following summer.

"If you are on a waiting list and didn't get into camp," Newbrun said, "you're considered a returning camper for the next year" and therefore certain to join the 1,000 kids who fish and hike at the camp.

Ruben Arquilevich, director of UAHC's Camp Swig in Saratoga and executive director of Camp Newman, said waiting lists of up to 150 youths are common.

"Most of the junior high and high school programs are full by December," he said.

The Conservative movement's Camp Ramah in Ojai, with an enrollment of 1,200, reports more than 300 children on its waiting list. "We fill most of our sessions by November '98 for summer '99," director Brian Greene said. "That tells me there is a tremendous demand."

Greene believes that "we could fill another camp with 1,200 kids without difficulty. The Western United States is significantly short of quality Jewish camping programs."

But not every camp fits that scenario. At Camp Arazim in Stanislaus County's Oakdale, up to 200 kids swim and ride horses every summer. But director Yaffa Tygiel said there are no waiting lists at all.

The new camp study shows most Jewish camp directors want to improve their sites and all want better training and perks for potential counselors.

Camp directors worry about staff deficiencies from the "internship revolution" of the past six years, which attracts staff hopefuls to businesses and career apprenticeships rather than to camps.

"Our job is to help them realize camp leadership experience — supervising staff, managing programs, planning curricula — is a much better internship than clerking in a law office."

But Tygiel also recognizes that many students need to earn good salaries over the summer to help pay for college.

"I would love to pay them more," she said, but the money Camp Arazim has available is "always short. I don't think any of the [local] camps pay enough."

She solves some of her staff problems by recruiting volunteers from Israel, "either army graduates or students that would like to come to the States," she said. She buys their airline tickets, but that's it. "I can't pay them. They come as volunteers and they work at the camp."

The Foundation for Jewish Camping was started to help promote continuity through Jewish overnight camps. A $2 million gift from a New Jersey couple, Robert Bildner and Elisa Spungen Bildner, and from the Bildner Family Foundation, launched the new foundation.

The first grants were announced in March. Camp Tawonga received $9,000. The money is being used to develop teen programs and finance a year-round staff person to place teens who work at camp into the job market, Newbrun said.

Robert Bildner said he helped finance the foundation because he sees the task of building more camps as a national effort.

Tygiel agreed. She would also like to see a more central administrative organization handle funding and maintenance in order "to allow the camps to work on programs and recruiting kids."

"We're going to ride a wave of heavy enrollment for at least another 10 years," he said. "I have no doubt that we'll continue to have a surplus of campers beyond 2010."

Newbrun, however, doesn't believe building new camps is such a great idea.

"Right now we are in the cream of baby-boomers' kids," she said. "But all the projections I've been hearing about indicate that by the year 2005 we'll start seeing [a drop in] the number of kids and we'll need to do outreach more to unaffiliated Jewish families to start filling beds."

Arquilevich concurred. "We have to be sensitive to the needs of the community and provide as many camps as possible," he said, "but building is not the answer."

Because demographics can change, he suggested that instead of building, camps can add extra weeks to their sessions, expand existing sites or lease facilities.

"There are many ways to create opportunities without building new camps," Arquilevich said.

At the same time, many families need help covering the cost of summer camp.

Greene called the S.F.-based Jewish Community Federation and its Jewish Community Endownment Fund a "real trailblazer in camp scholarships," which help defray the $500-a-week price tag at Camp Ramah. He noted that no federations in Southern California, where the camp is located, subsidize overnight camp enrollment.

At Swig and Newman, Arquilevich said, "we usually find a way to provide financial assistance for any family" that can't afford the $500 weekly fee.

Newbrun of Camp Tawonga noted that "we almost never turn away anyone in need." The camp enrolls 1,000 kids per summer. About one third of that number gets financial assistance with the $580-per-week cost.

The same goes at Camp Arazim, where tuition is $750 per week.

"My philosophy is I take everybody, then I go and find money for them," Tygiel said. "I never reject the child." 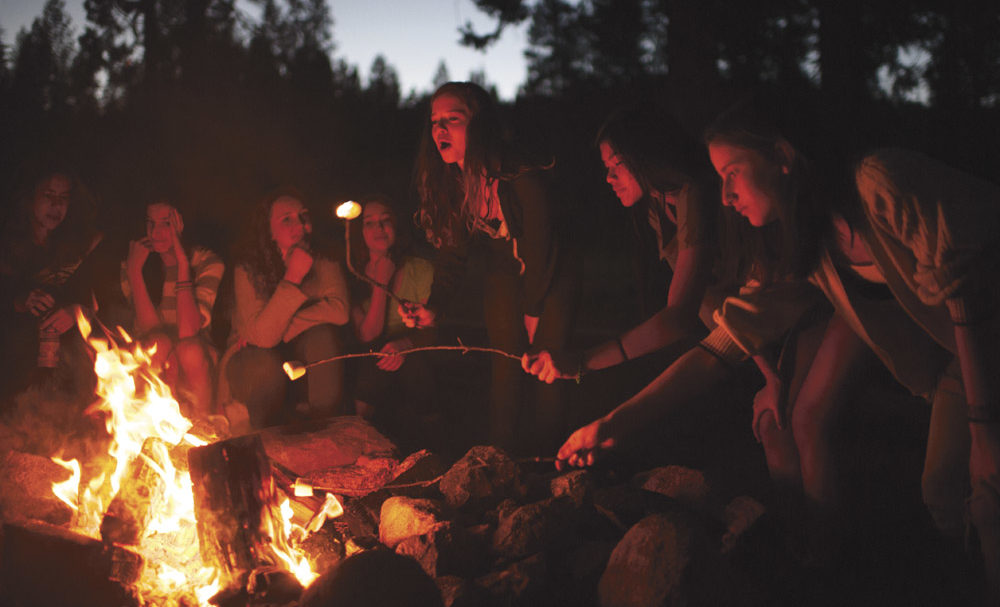