Israel campaign in the hands of Americas top spin doctors

WASHINGTON — "Israel can be better, stupid."

That's the overarching message Ehud Barak needs to carry if he wants to oust Israeli Prime Minister Benjamin Netanyahu, according to James Carville, one of the top U.S. election strategists hired by the Labor Party candidate for prime minister.

Borrowing from the successful mantra he created for Bill Clinton's 1992 campaign for president, "It's the economy, stupid," Carville is hoping to lead another candidate into office.

But if Barak is going to win the Israeli election, he is going to have to beat candidates who themselves are being advised by other American consultants — mainly Prime Minister Benjamin Netanyahu, who for the second time is using the services of American GOP strategist Arthur Finkelstein.

Carville and Finkelstein are but two of the nearly dozen high-profile American campaign consultants who have flocked to Israel to advise candidates in the May 17 election. Even many of the small parties have hired American consultants.

It's not that there is any shortage of Israeli political experts. Pundits and pollsters abound in the Jewish state.

So why are Israeli candidates shelling out hundreds of thousands of dollars for American advice? And what will a full-force, American-style campaign do to already heated Israeli politics?

Netanyahu may have the answers.

He rode the campaign commercials of Finkelstein, one of the most sought-after Republican strategists, to victory in the 1996 election.

Finkelstein created the message that instilled fear in Israeli voters that Netanyahu's opponent, Shimon Peres, was soft on terrorism and would divide Jerusalem. Commercials with Peres and Yasser Arafat walking hand in hand followed by scenes from suicide bombings in Tel Aviv were credited with swaying the vote to Netanyahu.

And throughout his tenure as prime minister Netanyahu has relied on Finkelstein.

Not surprisingly, in recent weeks Barak has adopted a new mantra against Netanyahu — "too many lies for too long" — the very same slogan that Democratic consultants in the United States used last fall to defeat another Finkelstein client, former New York Sen. Alfonse M. D'Amato.

In response, Netanyahu has adopted some of the same language Republicans used against Clinton. He is calling Barak a leftist and too weak to govern.

Netanyahu aides admit that the prime minister relies very heavily on Finkelstein for strategy in these closing days to the campaign.

Although former premiers Menachem Begin and Peres both had U.S. advisers in the 1970s and 1980s, neither allowed their strategists to play such a prominent role.

In 1996 Peres frustrated his American advisers, including pollsters Mark Penn and Doug Schoen, by ignoring their advice to attack back.

Penn and Schoen, who have worked for Clinton, originally were hired by Yitzhak Mordechai, the Center Party candidate for prime minister. But sources say Mordechai no longer has political consultants because he ran out of money.

It's Barak who a new Gallup poll shows is running neck and neck with Netanyahu. Last week's poll showed that Netanyahu with 36 percent of the vote, Barak with 34 percent and Mordecahi trailing with 11 percent.

And Barak has promised not to make the same mistakes as Peres. He has already used some of Carville's advice to counter Netanyahu's attacks with pithy one-liners of his own.

When Barak, immediately after the Knesset dissolved itself and called for new elections, first used the slogan "too many lies for too long," Netanyahu quickly fired back.

The prime minister immediately raised an incident from years ago when Barak left the scene of a military training accident before the wounded were fully evacuated. A commission later cleared him of any wrongdoing.

The sparring has led to concerns that Israel's already emotionally charged campaigns have turned even nastier.

The consultants admit that they have both positive and negative influences on the Jewish state.

"The truth is, Israeli politics is already pretty ugly and has been before any real American influence," said Steve Rabinowitz, another of Barak's American advisers.

"It's hard to imagine Finkelstein or Carville making Israeli politics uglier. It will be quicker and sharper," he added.

"On the positive side, it's been a modernization of some election techniques in Israel," Rabinowitz said, citing sophisticated polling techniques as an example.

"The downside has been an opportunity for both sides to charge that candidates are puppets of American consultants."

On a recent episode of a popular Israeli television show, "Hartzufim," a political parody with clay puppets, both Netanyahu and Barak were fed debate lines through earpieces from off-stage American advisers.

At the end of the debate, both candidates hummed "The Star-Spangled Banner."

Stanley Greenberg, a prominent Democratic pollster who also is advising Barak, rejects allegations that Clinton is influencing the Israeli elections through consultants close to him.

"I never consulted him," Greenberg said. "He doesn't consult me when he bombs Iraq, and I don't consult him on who to work for."

Aware that they have become part of the campaign news, many of the consultants have refused requests for on-the-record interviews.

So for now they work behind the scenes — as do Israeli and American fund-raisers seeking money from American Jews for the Israeli candidates.

Beginning in 1994, Israeli candidates were barred from accepting direct contributions from overseas. But many Americans continue to contribute through legal "friends-of" committees set up in the United States.

Israeli campaign watchers believe that candidates this year will surpass the record $6 million raised in the 1996 campaign.

With the campaigns in their final weeks, the Israeli public now gets to see how that money is being used and how effective all the consultants are. TV commercials, which are restricted to the last three weeks before an election, began Monday.

But judging by reviews in Tuesday's Jerusalem Post, the consultants have a lot of work ahead of them if they want their candidate to win.

Sarah Honig of the Post wrote: "The lackluster debut was near universal. No party surprised or dazzled…None of the prime ministerial contenders delivered a knock-out blow, or even an impressive punch — despite all the hype."

Netanyahu's commercial, complete with Russian subtitles, showed the prime minister in a living-room setting and sporting a blue sweater. He removed his reading glasses, and said that Israel is a safer place than it was three years ago. He labeled his opponents collectively "the left," and said he hoped to win "with God's help," a clear effort to win the fervently religious vote.

Barak, meanwhile, appeared in a near identical setting to that used by Netanyahu three years ago, an office made to look like the prime minister's. He said if elected there will be free education for everyone through college, and "more jobs instead of preference for the haredim [fervently religious]."

Seconds later, in a bid for the religious vote, he was shown wrapping himself in a tallit and wearing a kippah. But most of all, the retired lieutenant general and IDF chief of staff was shown repeatedly on his party's several clips as "Israel's No. 1 soldier."

Mordechai, also a former general and defense minister, presented himself and his Center Party as the only alternative to Netanyahu. He argued that voting for Barak is risky, as there is no certainty he will defeat Netanyahu. Mordechai urged voters to support him to be sure Netanyahu is not re-elected. To underscore the point, dice were rolled with Netanyahu's and Barak's pictures alternating.

With two more weeks of TV ads to go, the messages are sure to get crisper — and probably a lot more vicious.

But it won't be until May 17, election day, that the three main candidates will learn if they got their money's worth from their big-name American consultants. 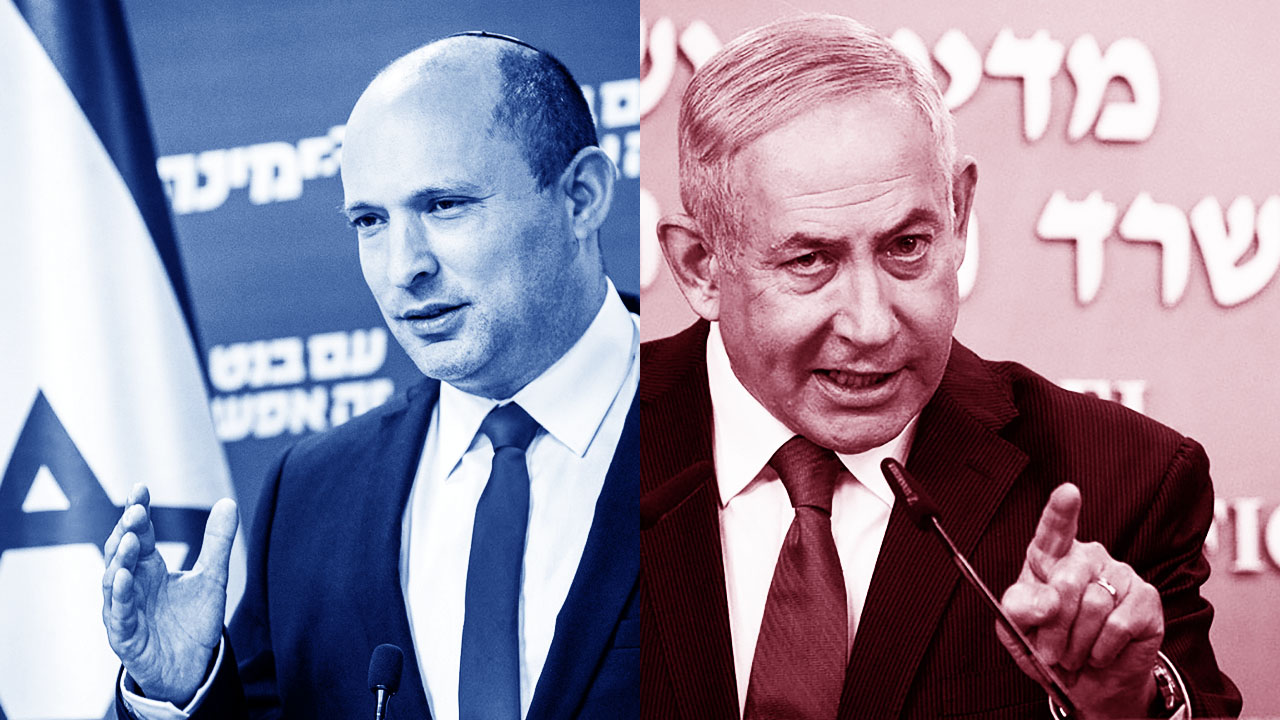