Carl Reiner yaks it up about his mostly happy tales

Reiner appeared at the Marin Jewish Community Center Monday night to chat about the book, drawing a crowd of about 425. The talk was part of CenterStage's "Authors and Artists" series.

A giant in the comedy industry, Reiner has little reason not to be happy. He's enjoyed a career of gold nuggets, from "Your Show of Shows," which he co-wrote with Sid Caesar in the early, glory days of television, to the long-running "Dick Van Dyke Show," to such films as "The Jerk," "Where's Poppa?" and "Dead Men Don't Wear Plaid."

His children are "wonderful human beings," and he waxes sensuous when discussing wife Estelle's song stylings.

To many, Reiner represents that perfect blend of heart, win, passion, conscience, intellect and cynicism that personify the term "mensch." At one time, a fair village of such comics dominated TV and film: Caesar, Elaine May, Mel Brooks, Reiner.

"Robeson" is his most recent book. He's written several others, mainly autobiographical to varying degrees, beginning with his play "Enter Laughing." In the stage version, Alan Arkin won a Tony Award in 1963 for his portrayal of the young Reiner. But the 1967 film "didn't really catch on," Reiner acknowledged.

That's still a mystery to him.

"They showed it at the Skirball Institute a few weeks ago," Reiner said during an interview from his home in Los Angeles. "I hadn't seen it in 25 years. People were screaming."

But the grating parents came purely out of Reiner's fantasy. His own parents loved comedy and delighted in his burgeoning career: "When I was a kid, I remember my folks would go to the Yiddish theater," recalled Reiner, who grew up in New York City. "They loved the comics. One time my mom took me with her and we saw Molly Picon. She was brilliant."

"When I was at the 63rd Street Daily Theatre, they loved that," he said. "It was only when I was going to go away for the summer to do the Rochester summer theater my mother said, 'Can't you act closer to home?' But then she bought me a Gladstone valise, which was her way of saying she supported me."

Reiner worked in a print shop much like the one in "Enter Laughing." He made $8 a week, and for six months, also performed in little-theater shows at no pay. "You could get a 30-cent lunch at the Stuart Cafeteria," he said. Still, Reiner had such a hard time making ends meet he finally approached his boss at the Gilmore Theatre and negotiated himself a $1-a-week salary.

"Mr. Gilmore closed the door, and said, 'I can't let you tell anyone about this, and if you do I will rescind this offer.' I was dying to tell everyone, 'Hey! I'm getting paid for this!' But I didn't, of course."

In a recent interview, Reiner's longtime partner, Mel Brooks, yawned away much of what passes for topical comedy in films these days. But Reiner said there is much to applaud.

And, he'll have you know, one of the brightest lights in Hollywood is still knocking 'em out: His son, actor/writer/director/producer Rob Reiner. "Robbie has a new film coming out, 'The Story of Us,'" he said. "Of course, that's quite serious."

In comedy, his taste runs to "Seinfeld" (produced, coincidentally, by Rob Reiner).

There's success to spare in Reiner's life, but you get the best sense of who this man is in discussing the things that never quite made it.

Like his son's six-part pilot "The Old Country." To Reiner, the offbeat, coming-to-America comic saga of a Jewish couple early this century represented the sweetness and eccentricity of Jewish life in a way that is seldom done in American media."For that, you have to go to Europe," Reiner said.

Another thing that didn't make it past the pilot: Reiner as the star of what became "The Dick Van Dyke Show."

He based his lead character on himself — a comedy writer who lived in New Rochelle, N.Y., had a wife and two kids. He played the lead and wrote 13 episodes. The studio chiefs turned it down cold.

Then out of the blue he got a call from producer Sheldon Leonard, who saw the pilot and liked it.

"I said, 'No sir, I don't want to get shot down again. This is as good as I've got.'" Leonard persuaded him to try it again with Dick Van Dyke as Rob Petrie and Mary Tyler Moore as Rob's wife, Laura. Was Reiner distraught at flopping as a leading man? He'd rather talk about Van Dyke.

"Oh! Dick could do it all," he said. "Physical comedy, acting, he could sing, he could dance. And Mary's talents complimented Dick's. If we hadn't gotten Dick and Mary, who were so brilliant, it wouldn't have happened."

"We decided modems aren't funny. Plus, Mel isn't computer-literate." But that's not to say changing times aren't important in the funny business.

"Comedy always reflects changing times," he said. "If you listen to comedians, they're usually first to note a changing trend. Chris Rock, one of the big 'mouths' of the decade, is a perfect example." Then again, "At this point, the world is satirizing itself. Look at Pat Buchanan. What luck! He's going to divide the Republican Party so a Democrat can win."

In his films, Reiner created the stock, shpilkes-ridden New York Jewish family that has remained a mainstay in American movies for decades. But the inspiration came from neighborhood families. His own was decidedly secular.

"I was always embarrassed when my friends came over," he said. "We had a separate set of dishes for Pesach, but we didn't have two sets of dishes for every day. I went to shul with my friends…I learned more about Yiddish life from my friends' families than my family."

Just as he crammed for his "bootleg bar mitzvah," held on a Thursday morning with barely a minyan in attendance, his son Rob, otherwise unschooled in Judaism, had his own crash-course bar mitzvah.

"But he was so much better," Reiner said. "You could swear he knew what he was doing."

His son Lucas, a working artist and a writer, married a non-Jewish woman who has studied and fallen in love with the faith — and has brought a new awareness of it into the family, Reiner said .

His kids "are all wonderful human beings," he said. "My daughter Annie is all P's: She's a psychoanalyst, she's a poet, she's a painter and she's a playwright."

Like the old man, Rob Reiner is a full-tilt liberal. He spearheaded the successful Proposition 10, which taxes cigarette sales in California to pay for early childhood-education programs

Reiner crows when discussing his son's success in getting Proposition 10 passed and crusading for Democratic causes. ("The president was to Robbie's house last night.") But he fairly flames with passion in discussing the urgency of early-childhood enrichment of the sort the proposition will fund.

A dearth of nurturing can spawn violence and racism, he said.

In the title story of "Robeson," Corporal Carl Reiner fends off the baiting by a racist staff sergeant through a deft combination of lies and fast wit.

"Only this one story is autobiographical," he said. "The rest came out of my mind. I love this book. They really are 'mostly happy stories.'" 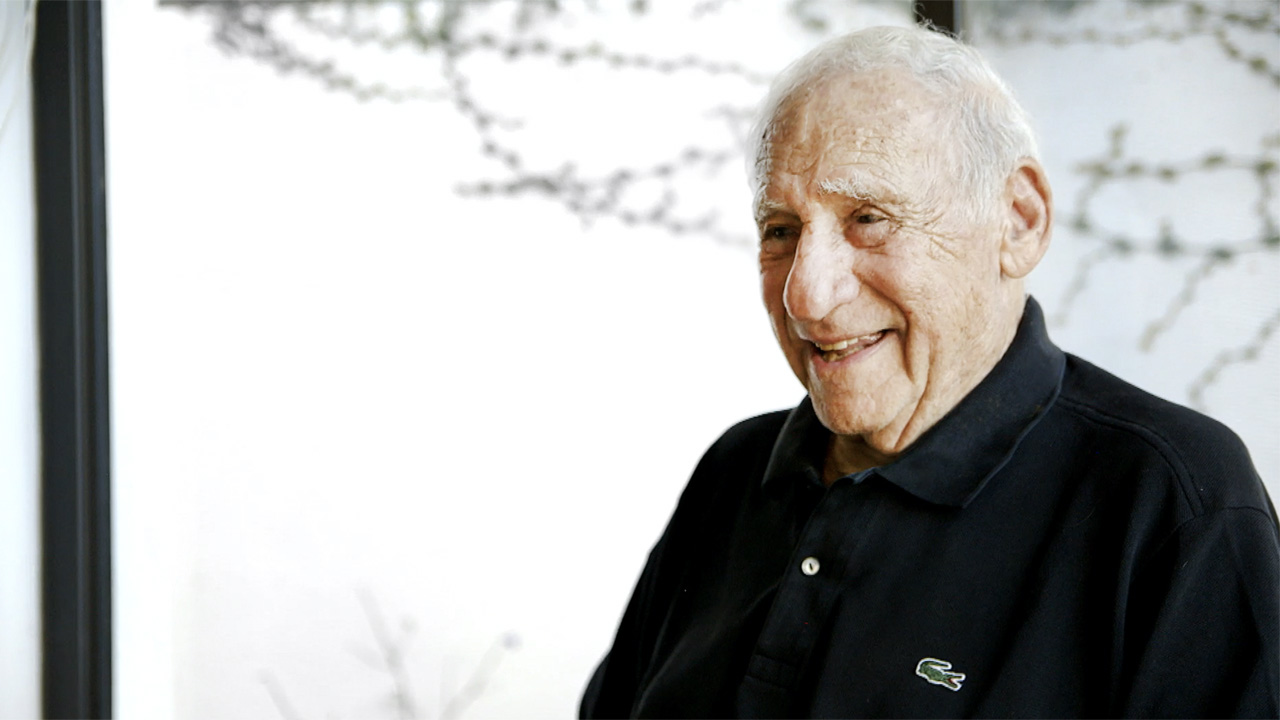