His family tree is lush with some of the biggest luminaries in San Francisco history.

By bloodline alone, John Goldman knew he couldn't just slip into the presidency of the S.F.-based Jewish Community Federation and operate quietly behind the scenes.

That realization hit him well before he started his two-year term last week.

It was during a meeting with the selection committee several months ago. Goldman, 50, walked into the JCF boardroom in San Francisco and staring him in the face were the framed portraits of past JCF presidents — including Grandpa and Dad, as well as Uncle Peter Haas Sr.

It was a heady moment, Goldman said.

And now that he has become the only third-generation president in JCF history, he said he feels "a certain sense of responsibility and obligation" based on his family's stature in the community.

He has almost 17 years of JCF involvement under his belt, including the last two years as chairman of the Israel and overseas committee, an experience he called "eye-opening."

He was also the JCF campaign chairman in 1991, a year after winning the agency's Dinkelspiel Award for outstanding service by a young community leader.

He was president of the S.F.-based Jewish Family and Children's Services in the early '90s, serving on that agency's board for about a decade.

And he has also been involved with the former United Jewish Appeal, AIPAC, Project Open Hand and the Trust for Public Land. In addition, he sits on the board of no fewer than 10 organizations, including the various Goldman family charities.

"People have said, 'You've paid your dues,'" Goldman noted Monday in an interview in his San Francisco office, where he is chief executive officer at Goldman Insurance Services, founded by his father.

Goldman said his breadth of experience will allow him to bring a valuable perspective to the presidency.

"It's just like anything else, like in a business if you're on both the consumer and vendor side.

"Those who have been on both the agency and federation side have a better perspective of what the demands might be, what service-deliverers need to focus on, and how things can be made easier" for both sides.

Goldman, an avid golfer and fitness enthusiast, wore his preferred business attire for the interview: slacks and a blue dress shirt with the top button undone; a sport coat hung on the back of the door to his relatively small but immaculate office overlooking Market Street.

Had he known he was going to have his picture taken, he told a photographer, he would have worn a tie.

A necktie isn't his regular style, however. "I love getting outside," said Goldman, who took up golf two years ago and usually shoots in the high 80s to mid-90s. "I'm very much into sports from both a fitness point of view and as a spectator."

In fact, the day before the interview, Goldman spent Father's Day at Pebble Beach with his 20-year-old son, Aaron, watching Tiger Woods waltz to a record-setting victory at the U.S. Open.

"To me, golf is very Zen-like," said Goldman. "You have to be in a frame of mind in order to accept [whatever happens] and not think you can control everything."

That, he said, is a valuable lesson for his presidency. "You cannot expect to change everything. And so you have to accept what is, and see if you can work to make things better."

He contends that the "federation can be so much more than it is today. It can be more open, more responsive to the needs to the community — to listen to what the community has to say and go from there."

Goldman has some major issues staring him in the face.

Job No. 1, he said, is hiring a new executive director. "We're hoping it will be a matter of only a few months."

Wayne Feinstein, the agency's top executive for the past nine years, is stepping down Friday, June 30, and Phyllis Cook, director of the endowment fund, will do her second stint as interim director.

Goldman, who is on the search committee, said the top candidate might not necessarily be from the federation world. "We're throwing out our net very broadly."

Admitting "it's a tough job," Goldman also said it carries a measure of excitement.

"The San Francisco area has become a very vibrant place, and I think our Jewish community is reflective of that. People know that nationally — that we're not afraid to take some risks and do things differently".

Goldman also wants to see the annual campaign shift into a higher gear. Although donations have increased in each of the past six years — with $21.65 million expected for this year — Goldman sees room for improvement.

"Our annual campaign in real dollars has been pretty flat," he said. "What I want to find out from our major donors is what would get them excited about federation.

"I'm going to be spending the next couple of months meeting with our top donors, asking them that question and then shutting up and letting them talk."

At the same time, Goldman stressed that he wants JCF's focus to be on community members of all ages and socioeconomic levels.

"There may be a perception that federation is sort of isolated — that it's the realm of the elder statespeople of the community. It's not true. There's a lot of interest and involvement of young people."

The federation and its agencies are entering a new era in teen outreach, he said. He also cited a discernible buzz among adults between the ages of 20 and 40.

"Volunteerism has become a very big deal, something that younger adults are not only interested in but believe they have an obligation to participate in," he elaborated.

Goldman has been active in the federation since joining the JCF's Leadership Development Conference in 1981. After that, he served on myriad committees and headed JCF's Leadership Circle for those who donate $25,000 or more.

Before joining Goldman Insurance in 1986, he served in the office of the legislative analyst for California from 1975 to 1978 and as the state's assistant secretary of transportation from 1978 to 1981. After that, he was the owner of a chain of children's clothing stores.

A San Francisco native whose family have been members at 150-year-old Congregation Emanu-El for "a long, long time," he graduated from Lick-Wilmerding High School in 1967. He went on to get a B.A. from Swarthmore College in Pennsylvania, and an MBA from Stanford in 1975.

He and his wife of 23 years, Marcia, live in Atherton with their 17-year-old daughter, Jessica, along with two dogs, three cats and a parrot. Their son, Aaron, attends Swarthmore.

He is also doing his best to emulate his late mother, Rhoda Goldman, who passed away in 1996 after decades of unparalleled service to the Jewish community.

Goldman agreed he is taking over JCF at a crucial time in the history of the federation world. Big changes are afoot in terms of organization, allocations, donation patterns and alliances with synagogues.

But the businessman side of Goldman tells him that there will be no confusion if JCF simply listens to its customers — members and agencies of the Jewish community.

"Service is our bottom line and that's really all that matters to us," he said. "If we hear from the customers, and listen to what they say, I think we'll know what to do." 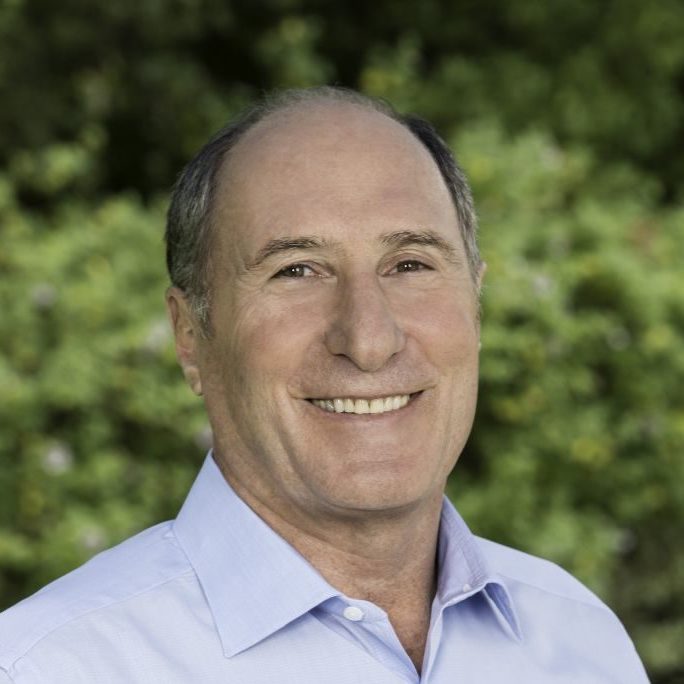