Screenwriter revisits a summer of love in the Catskills

Pamela Gray was 13 years old in the summer of 1969, vacationing not far from Max Yasgur's farm in Sullivan County, N.Y. When she heard that a music festival was taking place nearby, she asked her mother if she could attend. Her mother granted her permission.

Then came the hippies.

"We'd be in the pool, near where the women were playing canasta and mah jongg, and we'd see them hitchhiking by," Gray recalled. "It was like another world was coming into our world, this encroachment. It was enough to make my mother say, 'No way are you going to that concert.'"

Decades later, Gray got to attend vicariously, through the characters in "A Walk on the Moon," a Miramax film released last year, for which Gray wrote the screenplay. The movie will be featured at the Sonoma County Jewish Film Series, which begins Thursday.

Gray, who moved to Sebastopol from Los Angeles last year, will speak following showings of the film at 7:15 p.m. on Nov. 2 at the Rialto Lakeside Cinemas in Santa Rosa and Nov. 6 at the Sebastiani Theatre, 476 First Street East, in Sonoma.

Bungalow colonies in the Catskill Mountains were a haven for working-class Jewish families to escape the sweltering summer of New York City, and that setting is where "A Walk on the Moon" takes place. Gray spent many idyllic summers in such colonies as Swan Lake, Mountaindale and Dr. Locker's. "A Walk on the Moon," which made several critics' top-10 lists of 1999, is about a young mother and her daughter during the tumultuous summer of 1969.

While the fine details, like the grocer spelling cantaloupe as "kenteloup," are taken directly from Gray's own experiences, the plot, which involves a woman's affair with a vendor who comes to the colony to sell blouses, is fictional.

Gray said that for Brooklyn families like her own, spending the summer in these colonies was often their only exposure to nature. It was "a very magical place to go," she said.

And when she saw the movie "Dirty Dancing," in which an upper-middle-class Jewish family spends part of the summer at a Catskills resort, it bothered Gray that the movie was so devoid of Jewish references.

Feeling that such a formative part of her own life experience had never been depicted anywhere, Gray began writing "The Blouse Man" (Miramax changed it to "A Walk on the Moon") about the world of the bungalow colonies, which in many ways, she said, was a modern-day shtetl. "I wanted to expose the non-Jewish world to that experience."

What fascinated her in retrospect, she said, was the fact that the Jewish families summering there in the 1960s were so sheltered from what was going on in the outside world. The anti-Vietnam protests were in full force, and Woodstock practically took place right down the road.

"There was all this excitement in the bungalow colonies that this thing was happening," she said. "But it was like they were in another decade. It may have been 1969 outside, but inside, people were trapped in the 1950s. That culture clash and clash of two decades really interested me."

When she was young, Gray never questioned the fact that the men drove their wives and children up to the Catskills at the start of the summer, worked at their jobs throughout the week and joined their families only on weekends. In describing this world to others as she got older, she said, "I began to wonder whether someone had an affair, and what would happen if they did."

Gray recalled, "This was a way for the women to go shopping and break the monotony. No matter what they were doing, they would stop everything to go to one of the vendors."

Usually, however, the vendors were "older shlubby men," Gray said. This is not the case in the movie. Through her affair with "the blouse man," the mother has the opportunity to relive the youth she missed out on by marrying and getting pregnant so young.

The summer in which Woodstock and the first moon landing took place, not to mention the Manson murders and Chappaquiddick, provided Gray with the perfect backdrop for her story, in which both mother and daughter embark on explorations of their own.

While Gray identifies more with the woman's teenage daughter in the movie, the relationship she wrote for the mother is based on her own summer romance. Her first boyfriend was a "townie" who was not Jewish, and therefore she considered him "exotic."

While "A Walk on the Moon" fared well in cities with large Jewish populations, it was not a huge commercial success. Gray said she faced many obstacles in getting it made because many studio executives said it was "too ethnic" and about a woman. Because of producer Dustin Hoffman's dedication to the project, as well as that of director Tony Goldwyn, the movie was shot, but on a limited budget. Gray was on hand for the filming, and said she had much more input than screenwriters usually have.

Gray also wrote the script for the film "Music of the Heart," and was recently named by the industry-magazine Variety as one of "10 screenwriters to watch."

She just finished the script for a Holocaust drama called "The Seamstress," based on a memoir, that will be directed by Agnieszka Holland.

Because of the critical acclaim she received for "A Walk on the Moon," she was the only writer "The Seamstress" was offered to.

"It's a great ironic turnaround," she said. "I've been typecast, that if it's a Jewish and female project, send it to Pamela Gray. But I'm thrilled."

The writer said she has always wanted to work on a movie about the Holocaust. "My career may be filled with movies that don't make any money, but at least I get to do projects that I care about." 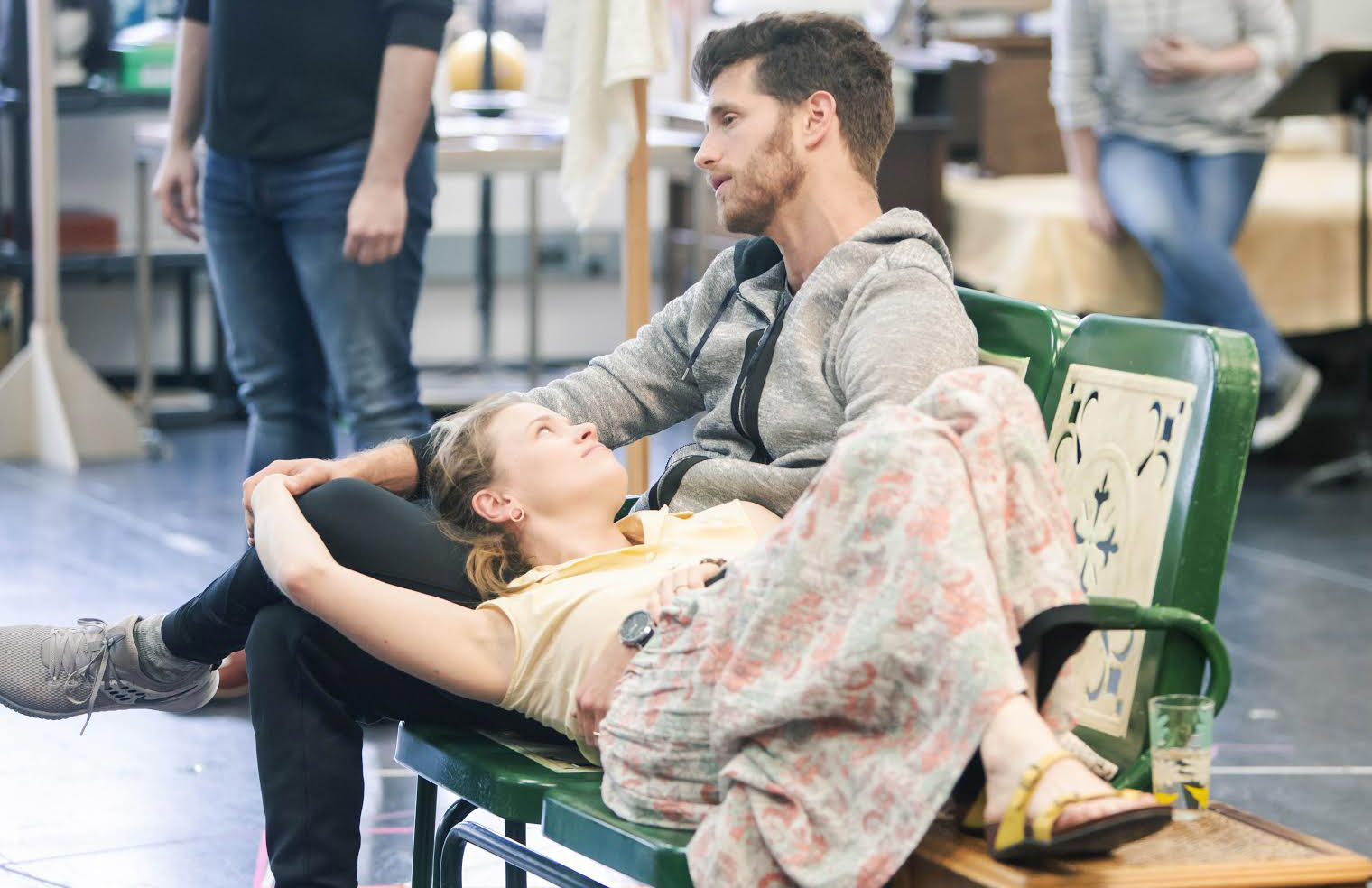