Music lovers in the Bay Area have lost a local treasure.

Sol Joseph, 90, longtime professor of music theory at the San Francisco Conservatory of Music and former conductor of the Jewish Folk Chorus of San Francisco, died Dec. 3 after a long illness.

"Sol was the sweetest and gentlest man," remembers Renee Enteen, who sang with the Jewish Folk Chorus when Joseph was the ensemble's conductor in the mid-1980s. "He was humble and soft, but a great musician."

Born to Ukrainian immigrants in 1912, Joseph earned a master's degree in music from the University of Chicago in his hometown. He served with the U.S. Army during World War II, staying on for a time in post-war Germany.

In 1948, Joseph moved to San Francisco with his wife, Belle, and young son, Steven. Aided by the support of Bay Area classical music pioneers Maidie Bacon, Lillian Hodgehead and Ada Clement, Joseph joined the faculty of the San Francisco Conservatory in 1948.

There he taught theory, counterpoint, harmony and music literature. He also served as acting director and conductor of the Conservatory Orchestra until his retirement in 1977, when he was awarded an honorary doctor of music degree.

Among his faculty colleagues were composer John Adams and pianist Roy Bogus.

His work at the conservatory permitted him also to serve as mentor to many acclaimed contemporary musicians, among them Santa Rosa Symphony music director and renowned pianist Jeffrey Kahane, music Professor Marilyn Thompson of Sonoma State University and conductor-composer Gordon Getty.

John McCarthy, director of preparatory and extension divisions at the conservatory, studied music theory under Joseph in the 1960s and remembers him as "the most profoundly insightful theory teacher I ever had. People were awed by him. As a teacher, he was transformational, changing peoples' perspectives on how to listen to music."

Joseph also taught at the San Francisco Community Music School and at the U.C. Extension program. He played piano at Masonic installations for many years and was the organist at Congregation Sherith Israel in San Francisco as well as at many local churches.

After his official retirement, Joseph served as pianist and conductor of the Jewish Folk Chorus of San Francisco. He remained active into his 80s, conducting the Yiddish Folk Chorus at the Berkeley Richmond Jewish Community Center.

Music was a family affair for Joseph. Two of his grandchildren, Jacob and Isaac Hansen-Joseph, attended The Crowden School in Berkeley where all students study music and play musical instruments. Jacob, who went on to graduate from Juilliard as a viola player, played the violin and Isaac played the cello.

"Sol always came to the concerts and was always wildly supportive," said the school's founder, Anne Crowden. "At our holiday talent night, he would play piano. He definitely knew his music."

Joseph was a longtime member of Conservative Congregation Ner Tamid in San Francisco, and in the years before his death, while living at a senior retirement home, he was a member of Reform Congregation Beth El in Berkeley.

"Saturday evenings growing up, there would be chamber quartets at home and always discussion of music," noted son Dr. Steven Joseph of Alameda. "He was extremely rigorous and demanding as a teacher, but if one could accept that, he had a tremendous amount to offer."

As he grew older, Joseph delved deeper into Jewish music and Jewish religious philosophy. "He was studying Hebrew and the prayer book into his 80s," remembers Steven. "He was a constant seeker, always asking questions and trying to understand the Jewish context. That never stopped."

Even while living in a nursing home and in failing health, Joseph would frequently play piano to entertain his fellow retirees.

Joseph's wife, Belle, died in 1988. He is survived by two sons, Steven Joseph and Edward Joseph of Omaha, Neb., five grandchildren and one great-grandchild.

At his memorial service, held at Congregation Beth El on Dec. 8, mourners sang along with Joseph's own arrangement of the Yiddish folk classic "Ofyn Pripetchik," reconfigured by him as a funeral ode.

Joseph's lyrics read in part: "In the fireplace, a little fire is burning…It is very quiet in the room…There are people…sitting quietly…Remember the good person whom we have lost. A good soul has left us." 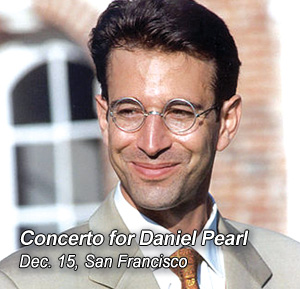