From his first Chanukah, Daniel Grossman was hooked on toys, but now he makes them

On a recent morning, Daniel Grossman sauntered straight up to his employee, Eric Shank, looked him right in the eye, and shot him.

They laughed about it later.

“It gets really noisy on that side of the office. There’s stuff flying through here all the time,” said Shank, a moment after deflecting the foam arrow from Grossman’s crossbow with a deft flick of the wrist resembling the method Darth Vader utilized in snuffing out Han Solo’s blaster shots.

Shank’s frenetic energy is good for more than just dodging projectiles fired at him by his boss. Coupled with an artist’s imagination and an engineer’s methodology, it also helps him in his day job, a designer for Grossman’s company, Wild Planet Toys.

“When you tell people you design toys, they say that must be fun, I’ve seen the movie ‘Big.’ But actually, it’s much more fun than that. Instead of overly innocent people, I work with really smart people who know how to have fun.”

For Grossman, 45, holding the reins of a toy company is an exercise in dream fulfillment akin to striking out the side in the ninth inning of Game 7. From his first Chanukah onward, the man has loved toys — and always will.

“I loved Hot Wheels. I loved putting those tracks together and stringing them up and down from my bed,” noted Grossman, the vice chairman of the S.F.-based Jewish Community Federation’s campaign and a past president of the Jewish Community Relations Council.

“You remember that thing that looked like a tire but you could open it up and store all your cars in it? I’ve still got mine.”

A number of Grossman’s own childhood toys adorn a display case in his office, a cramped suite just like any workplace — except it’s chock full of tropical-colored furniture, bean bag chairs and the occasional foam arrow to the cranium.

Within Grossman’s display case, there’s a Ken and Barbie-sized G.I. Joe in a blue uniform with mismatched boots. And a tool set with a real, working saw one would never think of selling to children in this litigious age. (Grossman also wouldn’t dare market his beloved Creepy Crawlers, with which one could easily broil one’s finger in the small accompanying oven.)

The toys Grossman sells resemble his own Neolithic playthings in the same way an F-15 fighter jet resembles a Sopwith Camel. Instead of erector sets or die-cast cars, Wild Planet features Spy Gear not unlike the spooky products featured in the classifieds of Soldier of Fortune magazine. There’s the wrist-mounted truth-detector (if your body moisture increases during a fib, you’re nicked), night scope stealth binoculars, motion detectors and a text-messaging visor with a keypad kids can wear on their wrist.

There’s also a set of outdoorsy toys that resemble flashier, more entertaining versions of the tools one might find at REI, and a water cannon that utilizes the forces of surface tension to allow kids — and adults — to douse each other with marble-sized “water balls.” Yes, you might get wet this Chanukah, sneaking up on us Dec. 19-27.

No, says Grossman with a laugh, his spy toys are not designed to aid children’s intrusions on their parents’ more intimate moments. Instead, it allows kids aged 5 to 11 — most typically boys — to satiate their desires for “benign rebellion” without undertaking “dangerous or reckless things.”

In 2002, Grossman became an egalitarian fomenter of benign rebellion when Wild Planet came out with its Undercover Girl line of toys to compliment the 6-year-old Spy Gear line.

Unlike the boy toys, which feature highly visible binoculars, wrist-mounted cameras or goggles that make one resemble Cyclops from the “X-Men,” the girls’ toys are far more subtle.

“When boys play spy they really want to be flashy. They want to be James Bond,” said Grossman. Gesturing toward an Undercover Girl notebook with a hidden camera tucked away within it, he emphasized that “girls really want to spy.”

Grossman’s toys — which are available only in stores, not directly from the company — are manufactured in privately owned Chinese factories. While admitting that a Chinese worker might earn only a 10th of his or her American counterpart, Grossman notes that jobs in the Wild Planet factories pay two to three times the provincial going rate.

“They’re desirable jobs but that doesn’t mean we can take advantage of people because we pay better than other jobs,” he said. “Three people who live in China visit our factories weekly.”

Between playing with toys and working with toys, Grossman’s life has followed a path even more circuitous than his old Hot Wheels tracks. In fact, Grossman — a pipe-cleaner-thin man with a mischievous and disarming grin — was once accused of being a spy himself.

Born and raised in San Francisco, Grossman is the youngest of four children of a Russian Jewish immigrant father who went on to become chief of pediatrics at S.F. General Hospital and a mother who was a pediatric nurse.

Grossman — who is still universally known as “Danny” — transferred from U.C. Berkeley to Yale in the early 1980s, and graduated with degrees in Russian and Eastern European studies. After some time living in Israel, he applied to and was accepted by the U.S. Foreign Service, and was posted to India.

He faithfully toiled away on the subcontinent for several years before landing his plum assignment in 1985 — Leningrad.

In the days before glasnost and perestroika when Soviet hockey players still wore that menacing “CCCP” on their blood-red sweaters, an actively Jewish diplomat was in for a hard time. Grossman met frequently with the Soviet Union’s harried Jewish communities. He attended the trials where dissidents were tried on trumped-up charges. When refuseniks were released from psychiatric hospitals shot full of psychotropic drugs, Grossman was there to write a report on it.

And the Soviet government was none too pleased. Grossman’s friends were interrogated or, in some cases, beaten silly.

His car window was shattered on Yom Kippur.

Finally, he was accused of spying, declared persona non grata, and expelled from the country. He was not yet 30 years old, a Soviet expert and now unable to set foot in the Soviet Union. It was, to put it mildly, a “career-damaging move.”

Back stateside, when Grossman entered Stanford Business School, he hoped an MBA would help get him back into government service. Instead, a fascination with socially responsible business practices started him down his path on an office laden with toys — and, inexplicably, a can of Billy Beer.

In the early 1990s, he took a position at a sports toy business, but soon itched to launch his own venture: A company that would produce cool, nonviolent and socially responsible toys. A decade ago, he co-founded Wild Planet, and for the last seven years he’s turned a profit. In 2002 alone, the company netted $50 million.

By his own admission, however, he’s far from the only Jewish toy guy — toys are a heavily Jewish industry, he indicated.

Selling tens of millions of dollars worth of cool toys can only happen by hiring a cool design team. And the Wild Planet designers who create truth-detecting watches and spy cameras have been building cool stuff all their lives.

These days the designers might jump in an RV and head to parts unknown to kick around toy ideas. Or perhaps they’ll brainstorm in their own living rooms.

A water propulsion “jet streamer,” which can fire water 10 yards, was conceived when Shank began playing with a fuel pump for an outboard motor he happened to have “laying around the house.” In fact, many of Wild Planet’s water toys were devised by getting groups of brilliant designers together to “goof around” and “screw around with stuff,” Shank said.

Shank devised his latest — and favorite — toy with the revelation that when you are rifling through someone else’s house, it’d be best if no one sneaked up on you. Thus the Spy Tracker System was devised.

First, you draw a diagram of the house you wish to spy upon on a Battleship-like grid. Then, you place three motion detectors around the house in strategic areas. When one of the detectors is tripped, an alarm registers on the master grid.

Resourceful children have reported utilizing the spy technology to anticipate Mom coming home (so they can stop doing whatever they were doing), catching a younger sibling breaking into their rooms or, in one case, chasing down a fugitive hamster.

“The thing that pushes it over the edge is the mapping ability. You can diagram it out like a football play,” said Shank, a very tall, spontaneous man with a shock of blonde hair that seems to have a mind of its own.

“I have a couple set up. I know where my girlfriend’s cats are.”

While many of Wild Planet’s designers have spent numerous years obtaining advanced degrees, others have spent considerably less time, not only in school but on this planet. Nine of the company’s toys were actually designed by children, and thousands of their schematics scrawled in pencil upon lined paper flood bins in Wild Planet’s waiting room marked “Top 10,” “Top 100” and, diplomatically, “Not Every Idea Can Be a Winner.”

The notion of allowing kids to design toys was a serendipitous one. On a trip to Mercy Charities, Grossman told the children that they, too, could design toys. A 9-year-old named Shahid Minipara decided he’d do so on the spot, and sketched out a diagram of a device that would allow someone to have small flashlights mounted on his fingers. A picture of Minipara now adorns Wild Planet’s wall, along with his Freddy Krueger-like device, the Light Hand.

While chasing down the elusive notion of what kids think is cool is a daunting process, it’s a job Grossman has been training for all his life.

“Some kids loved sports, some loved the outdoors,” he reminisced soberly, belying a rather humorous Star Trek Borg-like look from sporting a long-range text-messaging visor he hopes will be the Next Big Thing. 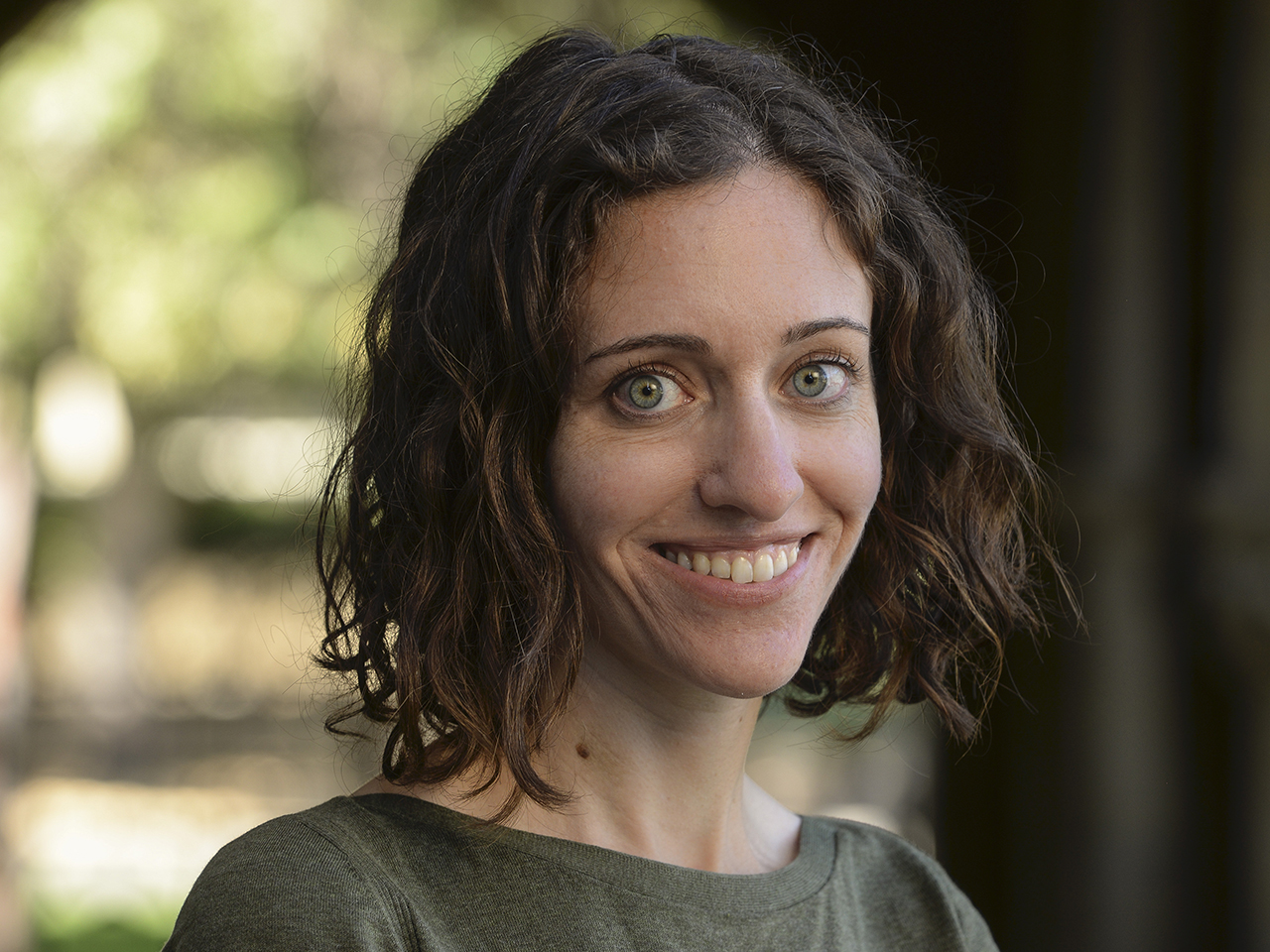