A rabbi and his wife hoisting a baby.

A joyous mother and son mugging for the camera at a bar mitzvah.

A Chassidic family grinning and waving from a canoe.

Hundreds, if not thousands, of snapshots line every flat surface in the Langer household. They are drying, slowly, after being drenched when firefighters extinguished a pair of arson blazes set at San Francisco’s Chabad House on Wednesday, May 12.

Many of the photos feature youthful, smiling images of the man police have arrested and charged with igniting the blaze — Rabbi Yosef and Hinda Langer’s 33-year-old son, Avi.

“Never in a million years would I think he would do this,” said a morose and exhausted Hinda Langer, shaking her head while sitting in her kitchen, surrounded by charred photographs.

For the Langers, this is the most difficult chapter in a nearly dozen-year saga since Avi Langer was diagnosed with both schizophrenia and bipolar disorder (formerly called manic depression) at age 22.

Yosef Langer said his son admitted he started the fires in a brief phone call, and said he stole the Torah and mezuzot police found in his possession to keep them from being burned. He is being charged with arson, possession of inflammable materials, burglary, grand theft and possession of stolen property. Avi Langer, who keeps kosher and wears a yarmulke, is currently in police custody after being arrested in his Santa Clara room the same day as the fire.

“I want to see my son get the help he needs to re-establish himself in society, get a job, get married and get on with his life,” said Yosef Langer, who adopted Avi — the child of Hinda Langer’s previous marriage — 31 years ago and raised him as his own.

“I really didn’t ever think he’d go this far. I know he’s angry with us because we won’t let him in the house unless he’s on medication or therapy.”

Their son, however, knew the combination to the front-door lock. Huge piles of charred pillows, computers, box springs and books with such titles as “The Four Unknowable Ways of Moshiach” are lumped in the gutters by the Langers’ Anza Street home, which doubles as a shul.

An overwhelming odor reminiscent of a campfire pervades the home, and dust and ash are everywhere. The fires were set in both the Langers’ bedroom — which was gutted — and a basement area used to store costumes and props for Chabad celebrations of Jewish holidays. Somewhat ironically, thousands of Chanukah candles went up in smoke.

Yosef and Hinda Langer were at The Shalom School preschool, which they run, when the noontime fire broke out.

Neither the rabbi nor his wife expressed anger toward their son. Instead, they reserve their vitriol for a faulty state mental health system they say has turned its back on sick people like their son and led to today’s epidemic of homelessness.

Under state law, a mentally ill adult cannot be hospitalized or compelled to take medication unless he or she has grown homicidal or suicidal. The Langers knew their son frequently went off his medication (and had done so recently). So at the advice of a psychologist, they found ways to trigger angry outbursts from him, and then called the police. Once incarcerated, their son was forced to take his medication and undergo therapy.

“It was very hard for me to get angry at him. It was false anger; I’d push him and push him and push him until [he got angry] every time he didn’t take his medication. My husband would stand in the doorway and say, ‘You’re not going through,’ and if he touched my husband, at that point, we’d call the police,” Hinda Langer recalled.

“We’ve been forced into this situation. I feel my son has been criminalized by this system … Police are now our surrogate mental health system.”

During previous breakdowns, Avi Langer has stolen cars (he felt he was “borrowing them,” the rabbi said). But this, say his parents, is the first time he has resorted to destructive behavior.

On Friday, May 14, the Langer house buzzed as well-wishers helped clean up and document the prodigious piles of burned possessions for insurance purposes. Hinda Langer’s cell phone rang, endlessly, in her purse.

Her son gave her that purse on Mother’s Day.

“Avi is so good to me. He’s a very good, loving person under his mental illness. He feels abused by the system and on some level he has been, but the whole thing about mental illness is you think you’re right and everyone else is wrong … [And] if your parents are constantly calling the police and you’re being taken away in a police car, you get angry at the system and your parents.”

Up until his first breakdown, Avi Langer had been a stunningly bright and hard-working young man who held a number of side jobs as he worked his way through Yeshiva University.

By the time he was a senior, he had earned a real estate license, was working on a stockbroker’s license and had climbed the ladder at the famed Concord Hotel in the Catskills from busboy to maitre d’, where he oversaw a 500-person dining room.

Then he hit a financial crunch, withdrew from college and moved back home. He fell into a depression, rarely leaving his room and refusing to eat. Hinda Langer blames her son’s condition, in large part, on extensive drug use in college.

After years of mental difficulties and a series of odd jobs, he found a working combination of medication and therapy, re-enrolled at Yeshiva University and graduated with honors in 2000, earning a degree in economics.

He was unable to land the corporate job he coveted, however, and opted to run a Florida kosher restaurant. That went badly, and he once again descended into a depression he has yet to emerge from, according to Yosef Langer.

Both Yosef and Hinda Langer stayed remarkably composed throughout a three-hour interview with j., but Hinda finally broke down when she acknowledged that committing a crime “was the only way Avi was going to get help … I just want him to get better.”

A young, female friend of the Langers stopped by the smoky house and asked if there was anything she could do. The Langers thanked her and offered her cheese and crackers.

“Wow,” said the young woman, “Do you know what caused this fire?”

Neither Hinda nor Yosef Langer answered. After a few moments, the rabbi sighed. 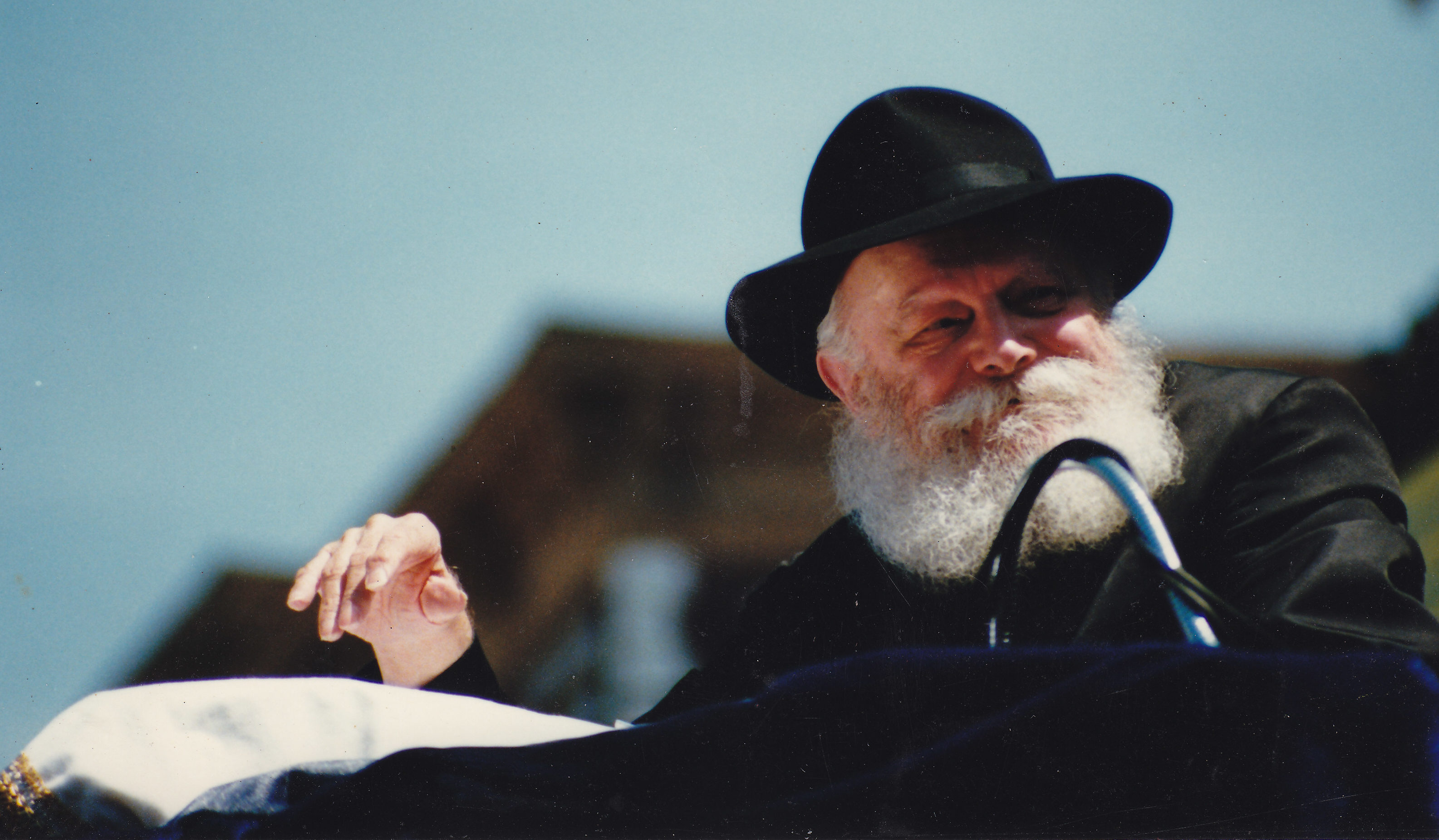