Independent film director Henry Jaglom is cleary Jewish, but he would be the first to argue that description.

The director of such films as “Eating,” “Baby Fever” “Festival at Cannes” and his latest, “Going Shopping,” is adamant that he is “so strongly Jewish and yet for me it has nothing to do with being religious.”

And what makes his films Jewish? Well, first of all, in almost every one of his films, from “Can She Bake a Cherry Pie” to “Last Summer in the Hamptons,” one of the main characters is Jewish. “Déjà Vu,” starring his wife and mother of his two children, Victoria Foyt, even begins in Jerusalem.

Yet when this is pointed out over lunch last week at Postrio in San Francisco, Jaglom seems genuinely surprised. “I don’t have a Jewish culture. No language, no religion to it at all. In every one of my movies there is a Jewish character, but I swear it’s not conscious.”

Jaglom, 62, is typical of a certain type of American Jew of his generation. He is insistent that being Jewish is central to his life, but he bridles at being categorized in any way.

One of the characters in “Going Shopping” is a man (played by Rob Morrow) who wants to work with his hands, building furniture and the like, as he imagines his Eastern European ancestors did back in the shtetl. (Morrow is famous for playing a doctor for years on TV’s “Northern Exposure.”)

Jaglom was brought up in a home where his German-born mother would have to interrupt dinner table conversation: “For the next 45 minutes, no Jews!” she would admonish as he and his father and brother were wont to endlessly discuss history, politics and Israel.

He is one of the few Hollywood directors who is outspoken and supportive of Israel and was willing to sign petitions and ads during the second intifada when many in Hollywood shied away. When he arrived for his interview at the San Francisco restaurant, he was carrying three daily Jewish newspapers.

Jaglom’s background is rich in Jewish history. He is the great-great-great-great-great-grandson of Moses Mendelssohn, considered one of the most important Jewish intellectuals of the past 500 years. Jaglom himself is writing a book about the recent history of the Jews. Called “The Third Stone in the Second Row,” it is a way to pass on what he’s learned to his children.

“When I open a book I go to the table of contents and look up ‘Jews.’ I’m fascinated by history and what sustained the Jews and why in America are people Jewish when there is no adversity. I’m fascinated by my own fascination.”

Jaglom insists that although the subject of Judaism was never far from the table, he never stepped foot in a synagogue again after his bar mitzvah. “I’m decidedly Jewish. It’s why I’m trying to teach my kids history. But I’ve never lit a menorah in my life.”

Now, however, he is wrestling with the idea of his son, who is 11, possibly having a bar mitzvah. Ironically, it’s his non-Jewish wife who is pushing the idea. She was quite close to Jaglom’s deceased father and does not want to end a tradition that has been in his family for 500 years. In a further nod to Jewish tradition his son, Simon, is named for his late father. Simon’s middle name is Orson for Jaglom’s close friend and mentor Orson Welles.

Jaglom grew up with Passover seders. “Passover was a big center. My family gathered from seven countries. But I’ve never given my children a seder.” When this writer suggested it’s not too late, Jaglom dismisses the idea, saying, “It is so much about what my father did. Not me.”

Jaglom embraced being a Jew at 20 when he went to Israel and visited Yad Vashem. “I’m a Jew because of Hitler. More than anything, anti-Semites try to make you not a Jew. So self-respect requires you to be a Jew.”

Interestingly, it’s the non-Jewish women in Jaglom’s life that gently nudge him towards his Jewishness. Andrea Marcovicci, a former love of Jaglom’s who appeared in his films, introduced him to Yiddish through the beautiful songs she put together for a cabaret show she did called “Ghetto.”

“It was Andrea, through these songs from Vilna, who made me appreciate Yiddish.”

Jaglom says he heard Yiddish for the first time through Jewish comics and now through his show-biz connections.

Pressed again that his films about women, shopping and show biz are very Jewish, Jaglom finally admits: “All right already, I have a Jewish sensibility, if there is such a thing!” 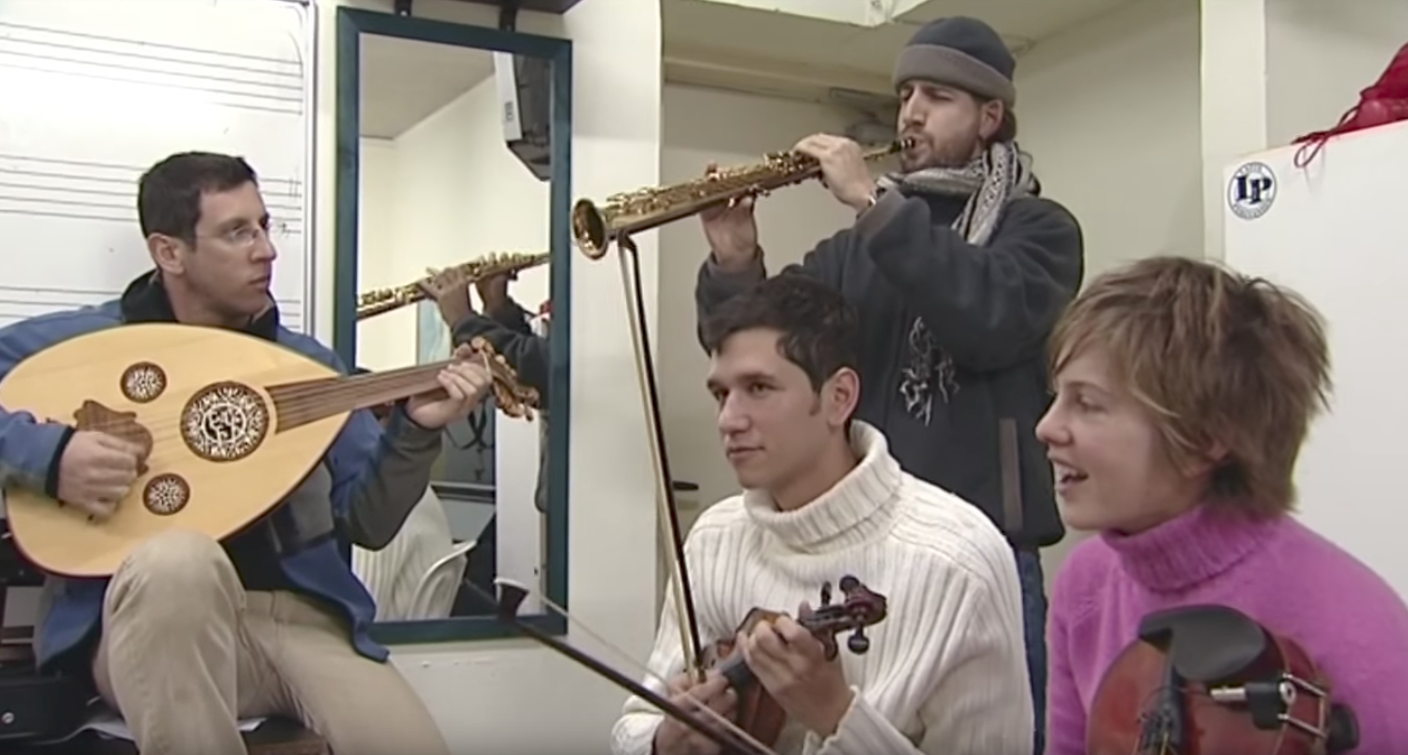