Whenever observant Jews found their way to Palo Alto and called Congregation Emek Beracha, they were given the home phone number of Stan and Stephanie Sussman. The Sussmans would either help the caller find a place to spend Shabbat or, more likely, extend a Shabbat invitation themselves.

“When I tell people I grew up in Palo Alto and my maiden name is Sussman, the usual reaction is ‘I had a wonderful Shabbat meal at your parents house’ or ‘Your parents helped me find kosher food and a shul during my visit,’ said daughter Sharon Wieder of Teaneck, N.J.

Stephanie Sussman, whom Rabbi Yitzchok Feldman of Emek Beracha called both “the queen” and “the first lady” of the observant community of Palo Alto, died Thursday, Feb. 9. She was almost 63.

Stephanie Nadrich was born Feb. 12, 1943. She was raised in Brooklyn in a non-observant home. She graduated from high school at age 15, and had a teaching credential from Queens College by the time she was 19.

Not long after, she was set up on a blind date with Stan Sussman, the first Orthodox Jew she had ever met. When they married in 1963, she became observant.

“It was definitely a challenge for her, but she took it on and embraced it,” said daughter Adeena Sussman, of New York. “She loved the tradition and community.”

The Sussmans moved to Palo Alto in 1966 for Stan Sussman to get his doctorate at Stanford, and once they experienced the winter weather, they decided to stay.

“When they moved, there were very few religious institutions, so they got to work starting them,” said Adeena Sussman.

They helped co-found Congregation Emek Beracha, which began as a minyan, and they helped found the South Peninsula Hebrew Day School in time for their older daughter to attend. Stephanie Sussman served on the board of the day school for many years, and was also on the board of the Sequoia chapter of Hadassah.

Sussman worked as a substitute teacher while her daughters were young, and always worked together with her husband to do things for the community. In the mid-’70s, after shlepping one too many busted suitcases filled with kosher cheese from New York, they began a kosher cheese business out of their garage. They called it “S & S Cheese.”

“Of course it was a money-losing operation,” Adeena Sussman said. “But they did it as a service to the community.”

Sussman obtained a master’s degree from San Jose State University in 1977 to teach English as a Second Language. After her daughters were older, she began dabbling in real estate, finding homes for observant Jews who had just moved to the area.

“At first, she did it as an amateur,” said Feldman of Emek Beracha. “She got a lot of satisfaction out of it, but had a knack for it.” She later won many real estate awards.

Sussman’s cooking and hospitality were legendary. Adeena Sussman said that their Shabbat table was just as likely to host one of her students from Vietnam as it was a visiting Nobel Prize winner. “She also had many friends outside the Orthodox community, and they were just as welcome to Shabbat,” her daughter said.

That is, as long as they spoke. Feldman said she preferred lively debate at the table rather than guests who kept their opinions to themselves.

In addition to her two daughters, Sussman is survived by her husband, Stan Sussman, of Palo Alto, her sister, Nancy Nadrich, of Queens, N.Y., her mother, Ann Nadrich of Moutain View and three grandchildren. 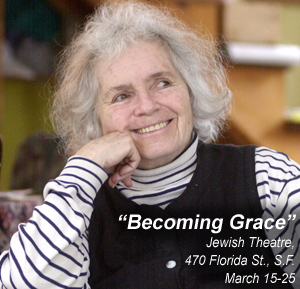