When asked how long they’ve been friends, Sasha Batz-Stern and Maya Ball-Burack simultaneously answered, “Since we were three.”

The Berkeley residents met in preschool seven years ago and this year, were in the same fifth-grade class at El Cerrito’s Tehiyah Day School. They are also avid readers of New Moon: The Magazine for Girls and Their Dreams.

While they may occasionally utter the same phrase at the same time, they claim they do not finish each other’s sentences.

In New Moon’s latest issue, Sasha is featured as one of “25 Beautiful Girls.” Maya nominated her.

Even though Sasha is a beautiful young girl, she is in the magazine for her inner beauty, not for how she looks. The Minnesota-based publication is like a Ms. magazine for girls; it accepts no advertising, and is written from a feminist perspective.

“Its purpose is to make girls feel good about themselves and reminds us that what really counts is on the inside,” says Sasha.

“I like that girls can say what they believe about what’s going on in the world and about themselves,” says Maya.

“And they won’t print articles saying ‘these people are bad,’ or anything against gays and lesbians,” says Sasha.

So when Maya saw that the magazine was accepting submissions for its “25 Beautiful Girls” issue, she decided to nominate her friend Sasha.

It was a difficult decision, though, Maya admitted. “I could have written essays about many of my friends,” she says. “But there’s so much about Sasha that I love.”

Her friend’s wacky sense of humor and uniqueness top that list, Maya says, before Sasha butts in, “You mean my weirdness!”

Sasha adds that the original plan was for each of them to nominate the other. Sasha forgot.

“Now, in fifth grade, Sasha is interested in the environment, world peace, and pineapples,” Maya wrote in her essay. “Yes, pineapples. In art class, we made self-portraits and Sasha drew herself as a pineapple.”

Maya also mentioned that Sasha won the “most environmental” award from the counselors at Jewish day camp.

“I think they should have given her ‘most soul’ or ‘most spirit,’ Maya admits. “She’s an environmentalist, but she’s also a great friend and a good sport — a beautiful person all around.”

Their friends were very excited when they found out Sasha had been selected to appear in the magazine. And by the time they got to school, everyone had seen it.

Apparently, New Moon is popular among the girls at Tehiyah, perhaps as much as “Us Weekly” at the dentist’s office.

Sasha said she felt like a “celebrity for a day,” with lots of people saying things like “I didn’t know that about you, Sasha.”

Maya would like to be an author when she gets older, and Sasha confirmed her friend’s speed, if not her talent.

“She writes so fast,” Sasha says. “She writes half a page when I write three sentences.”

Sasha then displayed her self-described weirdness by offering to draw a “wormysocky” — a creature she invented — in a reporter’s notebook. It has a worm’s head sticking out of a striped sock. 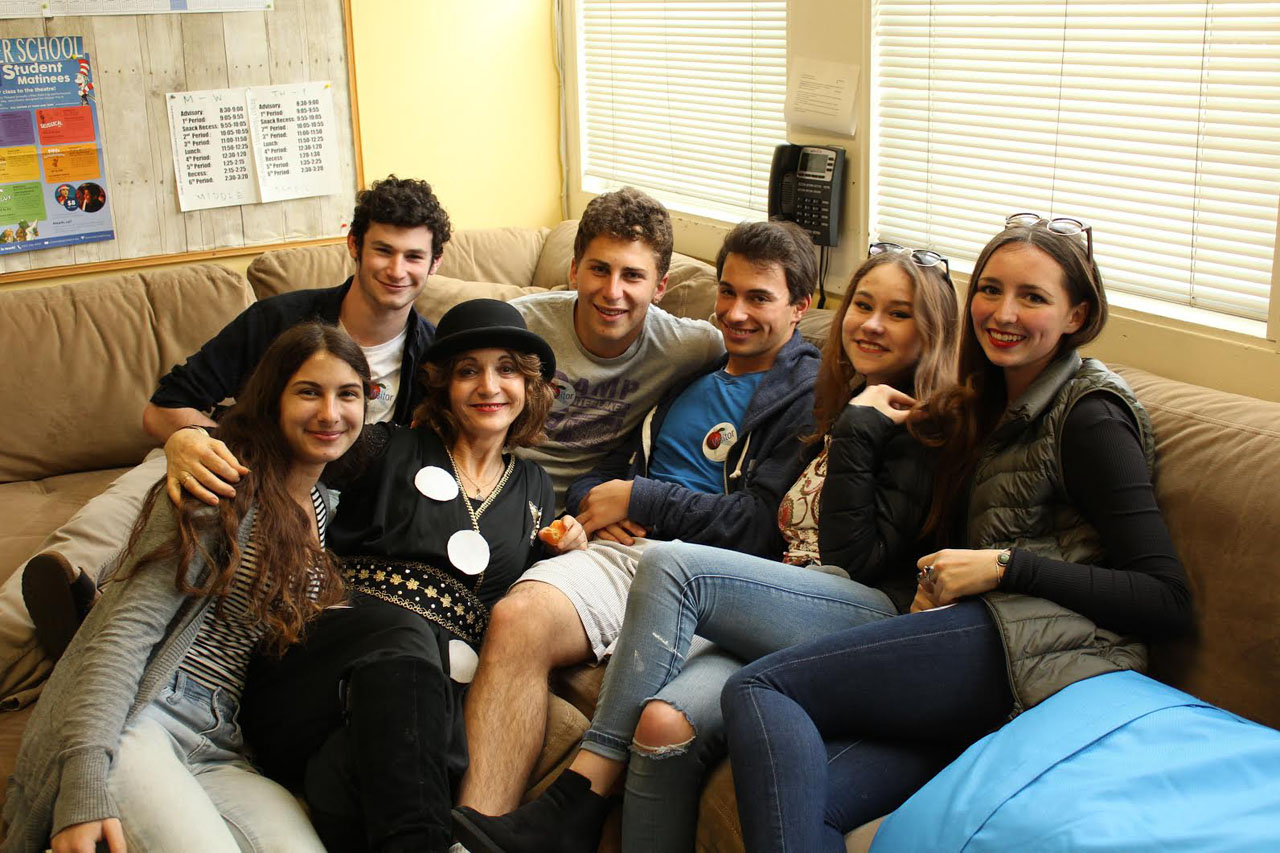