Two years ago, Temple Isaiah in Palm Springs replaced its full-time cantor with a part-timer.

Then the part-timer left, and the Conservative synagogue replaced him with a lay soloist who was a member of the congregation.

“Our budget has shrunk, our membership has shrunk and the nature of the cantorate has changed,” said Lenny Pepper, the executive director of the synagogue, where membership has fallen by half in the past 10 years, to 330 members.

Short on cash, and with worshipers happier to sing along with a guitar-playing lay leader than listen to traditional nusach, or cantorial chanting, Temple Isaiah decided to do without a professional.

The congregation is saving money and getting the kind of prayer service members prefer.

“Temples all over the country are facing the same problem,” Pepper said. “In these tough times, everybody’s trying to figure out how we’re going to survive.”

In today’s economy, cantors are finding it more difficult than usual to find work. That’s especially true in the hard-hit Conservative movement, where membership is dwindling and synagogues across the United States are downsizing. Cash-strapped congregations forced to choose almost always hire a rabbi over a cantor.

At least four Conservative synagogues in at the East recently let their full-time cantors go.

The Reform movement hasn’t experienced the same job crunch as the Conservatives.

Barbara Ostfeld, the head of the American Conference of Cantors, said 44 Reform congregations were looking for cantors in the past year — a number that has held steady for six or seven years. Most offer full-time positions.

The job crisis in the Conservative movement was a major topic of discussion at the national convention of the movement’s Cantors Assembly this summer in upstate New York.

“There are more cantors looking than congregations hiring,” said Robert Scherr, the placement director for the Cantors Assembly, who places about 20 cantors per year among the movement’s 760 affiliated synagogues.

Scherr cites many reasons for the change. Among them are cantors with full-time jobs are retiring later and large congregations that are shrinking cannot afford to replace departing cantors.

Another reason, he says: Some congregations in a financial position to hire a second clergy member choose an assistant rabbi over a cantor because, well, anyone can sing.

The Cantors Assembly has begun reaching out to Conservative congregations looking to hire a second rabbi and asking them to consider a cantor instead. The sell is to have cantors do more than sing. The assembly argues that cantors can lead a congregation’s religious school instead of an assistant rabbi, and usually are paid less.

“We are proposing to congregations that they think more broadly,” Scherr said.

Cantors in all the liberal movements are expected to do more than lead services and train bar/bat mitzvah students. More often they must teach adult education classes, train conversion candidates, perform pastoral duties, run summer camps and work in administration.

“The cantor-slash has become the reality, whether it’s the cantor-music director, the cantor-religious school director — whatever,” Rosenblum said. “It’s the hybrid, the cantor who is strong in synagogue skills, who can read Torah and teach others to read Torah, that will make the best contributor.”

To meet these new needs, the Miller school is overhauling its curriculum for the first time in 50 years. The changes are still being considered, but certainly will include greater emphasis on a wider range of professional skills.

Some cantorial schools already have made the shift. At the transdenominational Hebrew College in Boston, cantorial students also are trained as Jewish educators, said Scott Sokol, the director of the college’s cantor-educator program.

“Most cantors are Jewish educators anyway, but they play the role more from instinct than by training,” he said.

The School of Sacred Music at the Hebrew Union College-Jewish Institute of Religion has beefed up its professional development courses to include training in pastoral counseling and adult education.

Conservative and Reform cantorial school administrators say the popularity of sing-along prayer services does not mean their schools will teach less nusach, only that they are expanding their curricula to include a wider range of styles.

Yet, Ruben insisted, the traditional approach is still important.

“The style today emphasizes intimacy, personal involvement, ‘my’ experience in the prayer service,” Ruben said. “There’s a whole other element in worship — the awe, the sense of mystery — that is completely missing. Clapping along isn’t all that Jewish music is about.”

Even in a tight job market, the best cantors continue to get jobs, movement leaders say.

Asa Fradkin, who graduated from the Miller school in 2007 and was hired as the cantor at Temple Sholom in Greenwich, Conn., said all the well-qualified candidates in the class ahead of him found jobs.

There’s “still room in the synagogues for highly trained, professional cantors,” he said.

Rosenblum says a professional brings something beyond just knowing how to sing.

“When a layperson leads the service, they’re thinking: ‘What are the tunes to sing here?’ The davening falls by the wayside,” he said. “The professional takes both into consideration.”

The decision was not arrived at lightly, said Alex Ingersoll, a co-chair of the search committee. Some people wanted an assistant rabbi, as the congregation had a key group of community leaders with musical training who were adept at leading services.

“There was some resistance,” Ingersoll acknowledged. “People asked, ‘Does this mean we won’t be on the bimah? Is this a statement that we are not good enough?'”

The cantor eventually began teaching cantorial music to the community leaders and introducing them to her repertoire of Sephardic melodies.

“She brings an extraordinary ruach [spirit] and joy to the service that is rubbing off on other service leaders,” Ingersoll said. “There’s a lot more attention to the prayers. It’s not just, ‘Now we turn to page this or that.'”

That’s what the right cantor can bring to a congregation, Rosenblum says.

“We are not just musical adornment,” he said. “We are the vehicle that can help people access the spiritual in their lives.” 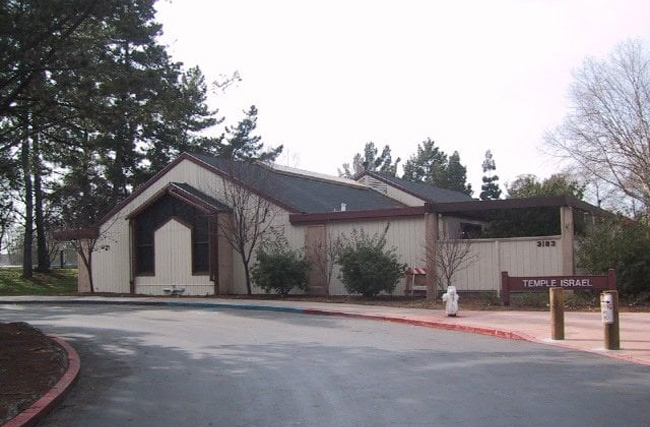