Alan Lew once thought he would become a Zen Buddhist priest. Ultimately, he chose a different path — one that led him to become a pulpit rabbi and to the forefront of the Bay Area Jewish community.

His unique journey ended abruptly Jan. 12, when he died of an apparent heart attack at age 65.

The spiritual leader at San Francisco’s Congregation Beth Sholom from 1991 to 2005, Lew was also a community activist, a pioneer in the field of Jewish meditation and an author.

Lew died in Baltimore, where he was teaching at the Rabbinic Training Institute, a program of the Jewish Theological Seminary. After starting his day by leading a group meditation, he attended morning services, went for his daily one-hour walk and collapsed.

His death rocked the community.

“We were in complete and utter shock,” said Rabbi Michelle Fisher of Walnut Creek, who was a participant this week at the training institute in Baltimore. “We were all walking around with blank looks and tears in our eyes.”

Lew transformed Jewish meditation into an accessible practice through Makor Or, the first Jewish meditation center in the country associated with a synagogue. He also quickly gained a reputation for powerful, meaningful sermons and for democratic leadership. His efforts revitalized what had become an aging congregation, and membership at the synagogue more than doubled during his 15-year tenure.

Lew wrote three books — one on Jewish meditation, one about the High Holy Days and one co-written with his wife about his spiritual journey from Buddhism to Judaism.

“He had great humility, and didn’t think of himself as a big shot in any way,” said his wife, Sherril Jaffe Lew. “I don’t think he knew how treasured he was. He didn’t sit on his laurels in any way.”

Lew was a staunch activist. He publicly supported a range of social justice causes, even when his congregants tried to unseat him from his pulpit in 2004 for taking a public stand on a handful of political issues.

As a homeless advocate, he periodically slept outside alongside the homeless, and was arrested during a demonstration on their behalf when the city was planning to demolish a housing project in San Francisco’s Presidio.

A death penalty opponent, he attended every execution vigil at San Quentin since his arrival in the Bay Area.

“He did this for no glory — he did what he did because he felt this is what God needed him to do,” Derby said. “Here was a man who talked openly about his spiritual search. Who is not going to be enriched by that? Here was a man who says Torah commands us to stand up for the downtrodden and for justice. Who will not moved by that?”

Lew also spoke out against the security barrier in Israel, despite his unwavering passion for the country. He led an Israel trip each year for Beth Sholom congregants, and during both intifadas, when other American Jewish agencies were canceling their trips, Lew refused to follow suit.

“He was the most ardent supporter of Israel you could imagine,” said Adam Hertz, a Beth Sholom congregant and board member.

On top of all that, Lew also was a poet and host of an interfaith public access television program, “Mosaic.”

And yet the most important element of his life, said Rabbi Dorothy Richman, was the family he came home to at the end of his long days — his wife and three children.

“He loved his family with everything he had, and they were the source of strength that fueled all the amazing work he did in the community,” said Richman, who worked as Lew’s assistant rabbi for several years before moving to Berkeley Hillel.

Three Bay Area rabbis — Michelle Fisher, Menachem Creditor and Daniel Pressman — were in attendance this week at the conference in Baltimore, and all three did shmira, the mitzvah of sitting with and praying over the deceased so their body is never alone before burial.

“It was almost poetic that he was at a rabbinic leadership conference, training Conservative rabbis,” because teaching was central to his rabbinate, said Rabbi Micah Hyman, who succeeded Lew at Beth Sholom.

On the day of his death, the rabbis at the conference talked about how they could honor Lew and support each other during such an emotional time. The institute coordinators decided to scrap that evening’s program; instead, everyone gathered to study and discuss Lew’s work.

“His most profound and lasting influence is the idea that Judaism is a daily practice,” said Hertz, who often meditated with Lew at Makor Or.

“For a lot of people, Judaism is something you do on holidays, and maybe on Shabbat, but Lew believed Judaism was what you did every day and every moment that mattered.”

Lew found Judaism uninspiring when he was growing up in Brooklyn and Westchester County, N.Y., and he turned to Zen Buddhism in his 20s. After many years of Buddhist practice, he considered becoming ordained as a lay priest. But during a retreat at Tassajara Zen Mountain Center near Carmel, he realized his Jewish self was a bigger part of his being than he initially thought.

“The more I meditated, the more aware I became of the contents of my unconscious mind … I had a Jewish soul,” he wrote in his 2001 memoir, “One God Clapping: The Spiritual Path of a Zen Rabbi.”

At the time of that discovery, he was living in the Bay Area and working as a Gray Line tour bus driver. Shortly thereafter, he met his wife, Sherril.

“It was a great job for a poet,” she said. “He’d drive the bus and recite poems at tourist stops. He’d drive tours all summer, and in the winter he’d collect unemployment and write.”

Both writers, the couple became engaged 13 days after they met through mutual friends. She said it was love at first sight.

Neither were practicing Jews when they met, but after deciding to be married by a rabbi, they began exploring Judaism together. They lit Shabbat candles for the first time days after their wedding. They studied Torah and gradually became more observant, first by keeping Shabbat, then kashrut. In time, Lew realized he wanted to be a rabbi.

Lew attended rabbinical school at JTS in the 1980s, even though many people told him that, at 38, he was too old. He returned to the Bay Area in 1991 to lead Beth Sholom until his retirement in 2005.

The Conservative synagogue became his avenue to explore and teach the intersection of Judaism and meditation. Even after he retired, he continued to teach workshops on Jewish meditation.

Lew “was funny and playful, intellectually and interpersonally. For him, the whole spirit of meditation wasn’t to be heavy, but to be attentive,” Richman said. “Part of paying attention is seeing the humor in things and having a greater perspective.”

Lew is survived by his wife of 29 years, Sherril Jaffe Lew, and children Stephen, Hannah and Malka Lew.

“He had such a capacity for love,” his wife said. “He gave me more in 30 years than anyone has the right to expect in life.” 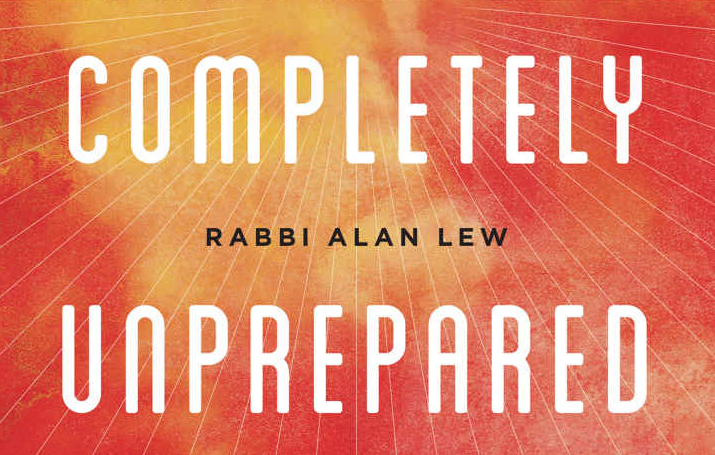