Imperfect is OK when it comes to gardening

Adina Sara is the first to admit that her garden isn’t perfect. But it’s a heck of a lot better than the “trash heap” she found when she moved into her home nearly 30 years ago.

“There was broken glass, broken bricks and garbage all over. It was really a dump,” Sara says while sitting in her home in Oakland’s Laurel District, where she lives with her husband. “Little by little, rock by rock, leaf by leaf, I’ve been discovering what’s under the ground. It’s really quite lovely now.”

Sara’s book “The Imperfect Garden” was published this month. While it could be called a gardening book, it’s really more of a meditation on the art of the garden. The book features Sara’s reflections, poems and stories about her garden, along with pictures by local photographer Rachel Michaelsen. The two spoke March 17 at the JCC of the East Bay, and will have several other speaking engagements in the Bay Area over the next few months.

Sara, 61, is quick to note that she’s not your typical gardening columnist. She was asked to write for the Metro after the previous columnist retired — “a true expert,” Sara says, someone who would tell you what time of the month to clip certain branches, how much fertilizer to use, what to do for your garden every month of the year.

“That was always very daunting for me,” Sara says. “I’m not that kind of gardener. I started writing about my experiences and my relationship with my plants, the feeling of being out there, and my observations.”

She found that people could relate to her columns when she approached gardening in an unscientific way. “People have said to me, ‘Thank you for making me not afraid to garden.’ And I thought, ‘How can you be afraid to garden?’ ” she says. “I think it’s because there’s so much expert advice out there, you just always feel like, ‘Oh my God, I’m not doing this the right way.’ ”

Sara’s love of gardening wasn’t hereditary — when she was a child in Los Angeles, her mother had a hired gardener (“We called them the ‘mow, blow and go’ guys”), and everyone’s lawn was perfectly manicured. “It was just boring,” she laments.

But at an early age, Sara knew that she was connected to nature in a deep way. She says she grew up in a “strongly identified Jewish home,” then adds, “but I never felt at home in the synagogue. I always wanted to go outside.”

Eventually she discovered that she felt most spiritual when going on a walk, or just being outdoors.

“The beauty in nature for me was the greatest proof of a higher spiritual being,” she says. “I’ve come to a point where I don’t try to go into synagogue to pray, because I knew where my synagogue is. It’s in nature.”

Sara came to the Bay Area to attend U.C. Berkeley in the ’60s, and stayed. Since moving to the Laurel District — an area off Highway 580 between downtown and the Oakland hills — she has spent a good deal of time transforming the former trash heap into a vibrant garden, which she calls “eclectic.”

“It’s very whimsical, it’s playful, it changes all the time,” she says. “It’s not a perfect garden — there’s always oxalis [a garden weed] somewhere, there’s always something that needs to be cut back. [But] that’s the beauty of the garden, for me, that it’s a living thing. It’s not finished.”

Rachel Michaelsen, photographer for “The Imperfect Garden,” engages in her favorite hobby, taking pictures in the garden.

Looking out her window, Sara notes some of the plants growing in her garden right now: abutilon (also known as Chinese lanterns), honeysuckle, New Guinea impatiens, hollyhocks. She also has a vegetable garden that includes leafy greens such as kale and chard, onions, peppers and carrots.

Sara acknowledges her luck in living in an area that used to be farmland and is now split into sprawling tracts (her house sits on about a third of an acre). But it’s not hard, she adds, to create a spiritual, natural space no matter what your circumstance.

“There’s a cycle of life in every plant,” Sara says, “so even if it’s something small, like you get a little plant or box and put in some herbs or lettuce — something that’s edible, that you’re going to nurture and get something back from — you can do that in a little apartment.”

She also cites community gardening as a way for city dwellers “to find a place in nature to connect to.”

For Sara, writing “The Imperfect Garden” was a melding of her two great loves (“aside from my husband and children and grandchildren”), writing and gardening. (Her other book, “100 Words Per Minute: Tales From Behind Law Office Doors,” was published in 2006.)

She met Rachel Michaelsen at a plant swap. Michaelsen, who lives near Mills College about a mile from Sara, became the photographer for Sara’s book.

When it comes to photography, like gardening, it’s all about experimentation, Michaelsen said.

“I would highly suggest using a digital camera,” she says. “You can take hundreds of photos, and learn from your experience. Play with light, color, the time of day — take a chair if you need to, just enjoy sitting there with the plants.”

“Go out there as though it were a sandbox,” Sara says. “People that create a relationship with their garden, it becomes a sanctuary.

“There’s something very joyful in the discovery and the mistakes. There’s no other places in our lives, really, where we can make terrible mistakes and it’s not so terrible. We can just wait until the next season and learn from it, and start over again.”

• Go with native plants. “With the water situation, I would really recommend going to native plant nurseries. In Northern California we’re blessed with I don’t know how many varieties at our fingertips. Those are the plants that belong here, that are going to take the least amount of water and that are naturalized here.”

• Wander around the nursery and buy what strikes your fancy. Sara recommends buying a plant that excites you and simply trying it out, even if you’re not sure it will thrive: “Maybe it will grow and maybe it won’t — I don’t want to think about all the plants I bought at nurseries that just up and died — but if you happen to love roses or you happen to love bulbs, whatever interests you, go get it. Put it in the ground, see what it does. You’re playing with your garden — you want to enjoy what comes up.”

• Don’t worry about being perfect. Sara notes that she can walk around her neighborhood and “almost point to the people that hired landscapers — they just look like they’re perfect, [yet] they just feel so isolated and so unconnected.” She prefers gardens that “reflect the person that lives there,” incorporating the gardener’s personality and tastes into the look and feel.

Sara doesn’t really like giving advice on what to plant — she suggests going to a nursery and getting “what you love.” But she does have some suggestions for the novice gardener:

• Cosmos and zinnias. “They’re very colorful, they have a lot of profusion to them. You can sow them from seed and they come up fairly easily.”

• Bulbs. “Plant lots and lots of bulbs. They’re tiny little things, so get big giant handfuls of them and clump them all together because there’s this shocking, wonderful profusion of color when you have a whole bunch. You can never put in enough bulbs.”

• Succulents. “They require hardly any water, there are so many varieties, and the leaves are interesting — they make interesting geometrical kind of designs.”

• Salvias. “They’re all natural to this area, they have wonderful color, and they require very little care excepting pruning back once or twice a year.” 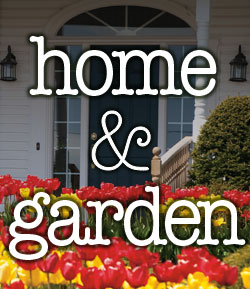