The wisdom of Earl Raab at 90

When Earl Raab served as executive director of the Jewish Community Relations Council, he posted in his office an article citing a study that concluded that cigar smokers have a longer life expectancy than non-smokers.

One might wonder about the credibility of the study — but Earl turns 90 next week. His cigar-smoking days are behind him, and the Underwood Noiselsss typewriter, on which he banged out hundreds of articles and uncommon wisdom for this paper, is in mothballs.

But Earl and his fertile mind continue to go strong.

Although he retired more than 20 years ago, his influence endures. A man of great humility, who claimed to be the national ping pong champion of the Galapagos Islands during World War II, Earl shaped the field of Jewish community relations nationally.

His genius was to recognize in San Francisco an extraordinary laboratory for studying and shaping the Jewish community at large — which he wrote about in an October 1950 piece for Commentary magazine. He had come to San Francisco on assignment from his and Kassie’s farm in Maine and decided never to leave.

In the “From the American Scene” column, Earl wrote a piece titled “There’s No City Like San Francisco.” In it, he wrote: “There are 55,000 Jews in San Francisco, and not even the historic traces of a ghetto. There is a Jewish community that has been called, with reason, the wealthiest, per capita, in the country. There is at the same time a startling poverty of ant-Semitic tradition. San Francisco, for cities of its size, is the nation’s ‘white spot’ of anti-Jewish prejudice … So far as the city and its institutions are concerned, the Jew is a first-class citizen. It may well be that he can live in San Francisco with a greater degree of personal dignity than in any other large city in the country.”

Raabisms will long endure at S.F.-based JCRC, among them: “A certain kind of America” (the idea that American Jews and other minorities are most secure when democratic institutions are strong) and “An educable moment” (Earl’s way of explaining why a bad thing happens to a good community and how to turn it into an opportunity).

But mostly, Earl was a master strategist, consensus-builder and thinker, When Jewish Defense League founder Meir Kahane came to San Francisco, Earl invited Kahane into his clunker of a car for an hour-long chat instead of into our building. He was clear that only when Kahane renounced racism and violence could he enter.

When a storm of protest arose in the early 1980s after Chabad first placed a menorah in Union Square, Earl convened a JCRC task force. Its conclusion: There was a community consensus to oppose permanent religious symbols on public property, but not temporary ones on public property traditionally used as free-speech forums. Nearly overnight, an issue that threatened to tear this community apart was settled. Earl demonstrated that consensus can be a tool of leadership.

And, long before the Soviet Jewry movement really began in earnest, Earl organized events to highlight the plight of Soviet Jews. His passionate anti-communism was a constantas was his profound belief in the role American Jewry needed to play in support of American-Israel relations.

In a 1976 column, Earl wrote an open letter titled “Passover Advice to Soviet Consul General Zinchuk.” “Since you are a subscriber to the Jewish Bulletin, Consul General Zinchuk, you will be interested in knowing what will happen in almost every Jewish household [on] the first night of Passover. After the blessing over the matzah, the leader of each service will set aside one matzah and say a prayer for the deliverance of Soviet Jews.

“In that connection, we would like to offer a piece of friendly advice. If you want to get rid of the Jews in the Soviet Union, you are going about it the wrong way. Our advice, Consul General Zinchuk, is that your country’s current campaign of official and overt anti-Semitism is a terrible mistake. Oppression only raises Jewish consciousness and works against assimilation. … But you will say, American Jews have lived in freedom, and while there has been some assimilation, the Jewish community is still stubbornly thriving. Well, you have a point there. But if you are going to lose either way — and you are — then you might as well opt for freedom …”

With his sharp pen and keen mind, Earl shaped our community’s opinion during a great historical epoch — the half century following the trauma of the Holocaust and the rebirth of the State of Israel.

He did not do it alone — he attracted Rita Semel, Naomi Lauter, Jackie Berman and many other professionals and lay leaders who continue to make great contributions to our community.

Earl built the model that continues to ensure that our community is secure and thriving. To the dean of our field and to my revered mentor: Happy 90th, Earl! Ad meah v’esrim — to 120.

Rabbi Doug Kahn is the executive director of the S.F.-based Jewish Community Relations Council. He was hired by Earl Raab in 1982. 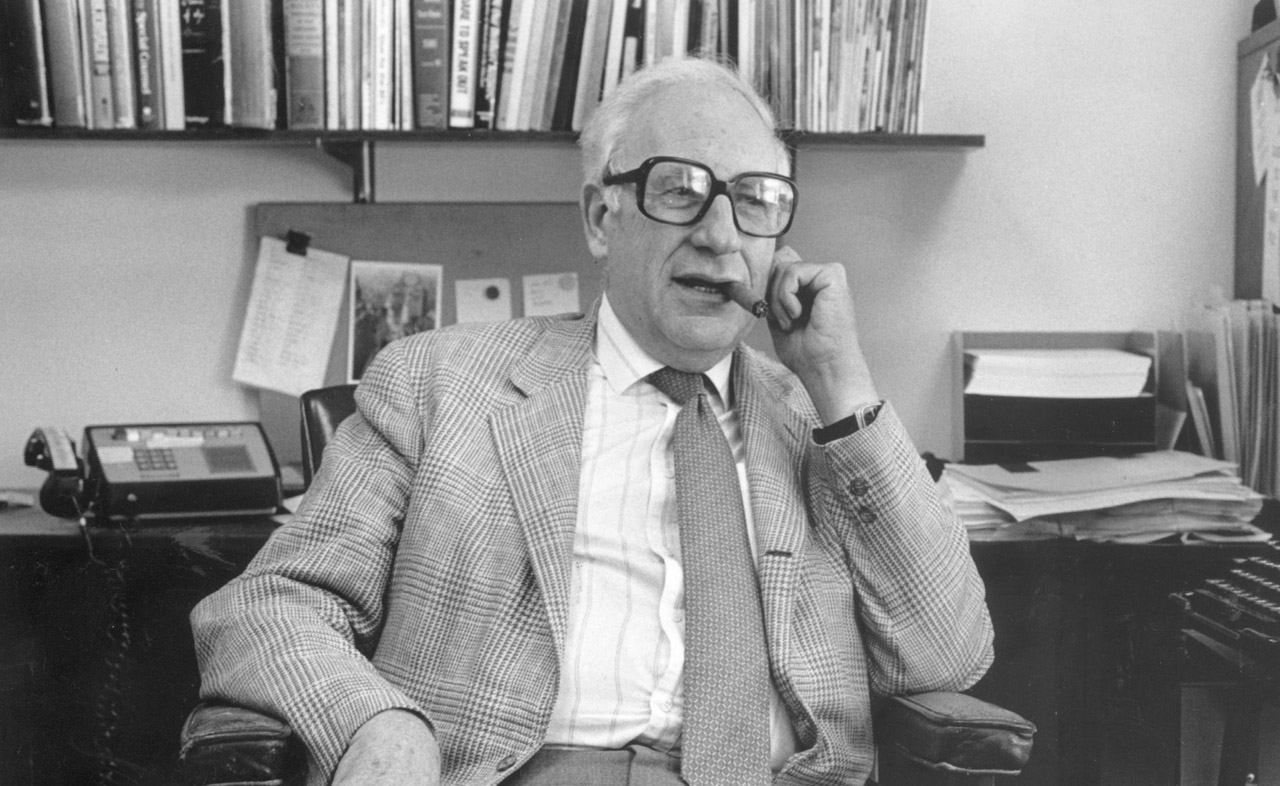