new york  |  During Passover, many American Jews forgo the zesty tacos and tortillas they savor all year. But what if someone knew how to prepare Mexican food without flour or leavening? What if his recipes were served during the holiday’s eight days in an upscale restaurant?

“Several years ago I began experimenting with the infusion of Mexican ingredients and Jewish foods,” says Julian Medina, chef and owner of Toloache, a contemporary Mexican bistro in Manhattan.

Julian Medina takes a break at his Manhattan bistro Toloache, where his Passover-Mexican dishes have become popular. photo/jta/courtesy of julian medina

He started small, offering clients guacamole with matzah instead of the usual chips. Then his creativity blossomed into a complete holiday menu, featuring chipotle-braised brisket and matzah ball soup seasoned with aromatic herbs and jalapeno peppers.

Why would a chef from Mexico City who had dazzled clients at Maya and Pampano, two of Manhattan’s best Mexican restaurants, turn to Jewish cuisine for inspiration?

Although Medina was born a Catholic, he converted to Judaism. Six years ago, when he was dating the Jewish woman who would become his wife, he started spending holidays with her family. It sparked a curiosity.

From the beginning, he was intrigued by each holiday’s traditional fare, as he tasted the foods his future mother-in-law prepared. It wasn’t long before he started seasoning Jewish recipes with the flavors of his youth.

“This is what chefs do when exposed to cuisines that excite them — they conduct research to develop new recipes,” he says. “Food is never static. It changes every day.”

His Matzah Tostada and Matzah Tortillas recipe were influenced directly by Sephardic cuisine, but many of his recipes benefit from the marriage of both cuisines.

Julian’s Matzah Ball Soup bears the stamp of Ashkenazi cooking, as it is seasoned with cilantro and jalapeno and finished with a squeeze of lime. He also serves roasted halibut with a cauliflower pancake reminiscent of a latke made from cauliflower rather than potatoes.

Soon after Medina opened Toloache, which is named for a flowering plant used in Mexican love potions, several friends asked him to serve a Passover menu at the restaurant. Typical of many New Yorkers, they adore fine dining but were not inclined to cook. Yet that didn’t stop them from craving seder foods, which they knew Medina would bring to a new level.

He responded by offering a dazzling Passover menu at Toloache, from first course through a dessert of a matzah pudding with roasted bananas.

Word traveled and customers flocked to Toloache for Jewish foods with a piquant twist. Articles about his Mexican-Jewish fusion cuisine were soon published in the New York Times and other periodicals.

“I still can’t believe the menu has become so popular,” says Medina.

On the first and second nights of the holiday, some customers bring kosher wine and read the haggadah, performing an entire seder. Others simply relish Passover food Mexican style.

“People can adapt our Passover menu in any way they want,” Medina says.

While the kitchen at Toloache is not kosher for Passover, Medina’s recipes conform to the Passover laws of kashrut. And with his Passover menu becoming so popular, Medina now serves Rosh Hashanah and Chanukah dishes infused with Mexican spices.

Medina’s wife suspects that at some point the Medina family was Jewish. Some early settlers in Mexico who had emigrated from Spain were Conversos, Jews forced to convert to Catholicism during the Spanish Inquisition.

This year’s Passover will be even more meaningful for Medina now that he is the father of a year-old daughter.

While she is too young to recite the Four Questions, she has already tasted matzah tortillas.

The following recipes are by Medina.

2 stalks of celery, cut in pieces

1⁄2 jalapeno, seeded and cut into pieces

In stock pot, bring water and salt to a boil. Add chicken and remaining soup ingredients and simmer for 30 minutes. Skim the fat. Strain broth and set aside. (Use caution when handling hot soup.)

Mix all matzah ball ingredients together and let mixture rest in the refrigerator for 15 minutes. With wet hands, roll into 8 balls. Do not over roll. Add matzah balls to soup and simmer for 5 minutes. Check seasoning. If necessary, add kosher salt.

Season the brisket with salt. In a roasting pan, heat the oil until it’s smoky hot and sear the brisket well all around. When the brisket is seared, transfer it to a platter. Lower the flame and sauté the garlic, the first onion, tomatoes and the rest of the ingredients (except the garnish). Season and let the mixture cook for 10 minutes.

Return the brisket to the roasting pan. Cover and cook in a 350 degree oven for

11⁄2 hours, or until very tender. Cool brisket to room temperature. Slice the brisket and reheat in the same sauce. Serve 2 matzah tortillas per plate, filled with braised brisket and garnished with chopped red onion and a slice of avocado.

Place the matzah cake meal, salt, warm water and 1 Tbs. oil in a bowl. Mix ingredients very well with your hands, until soft dough forms. With your hands, form

11⁄2-inch balls. Roll balls between plastic wrap to form a tortilla shape. Preheat additional oil on a nonstick griddle or pan on a medium flame. Fry the matzah tortillas until browned.

In a bowl, mix the rice vinegar and orange juice. Emulsify the olive oil by whisking it into vinegar mixture. Toss liquids with smoked fish and season well with salt. Place fish mixture in the refrigerator for about 2 hours.

For tostada shell, prepare Matzah Tortillas as above, but cook on griddle or nonstick pan on both sides only until they are nice and soft. Then pour additional olive oil into a frying pan. Preheat oil to 300 degrees. Fry the tortillas in oil until crisp.

Serve the smoked fish with matzah tortillas, topped with the horseradish salsa (next recipe).

Mix the onion, horseradish and jalapeno, lemon juice and orange juice with the honey. Season well with salt. 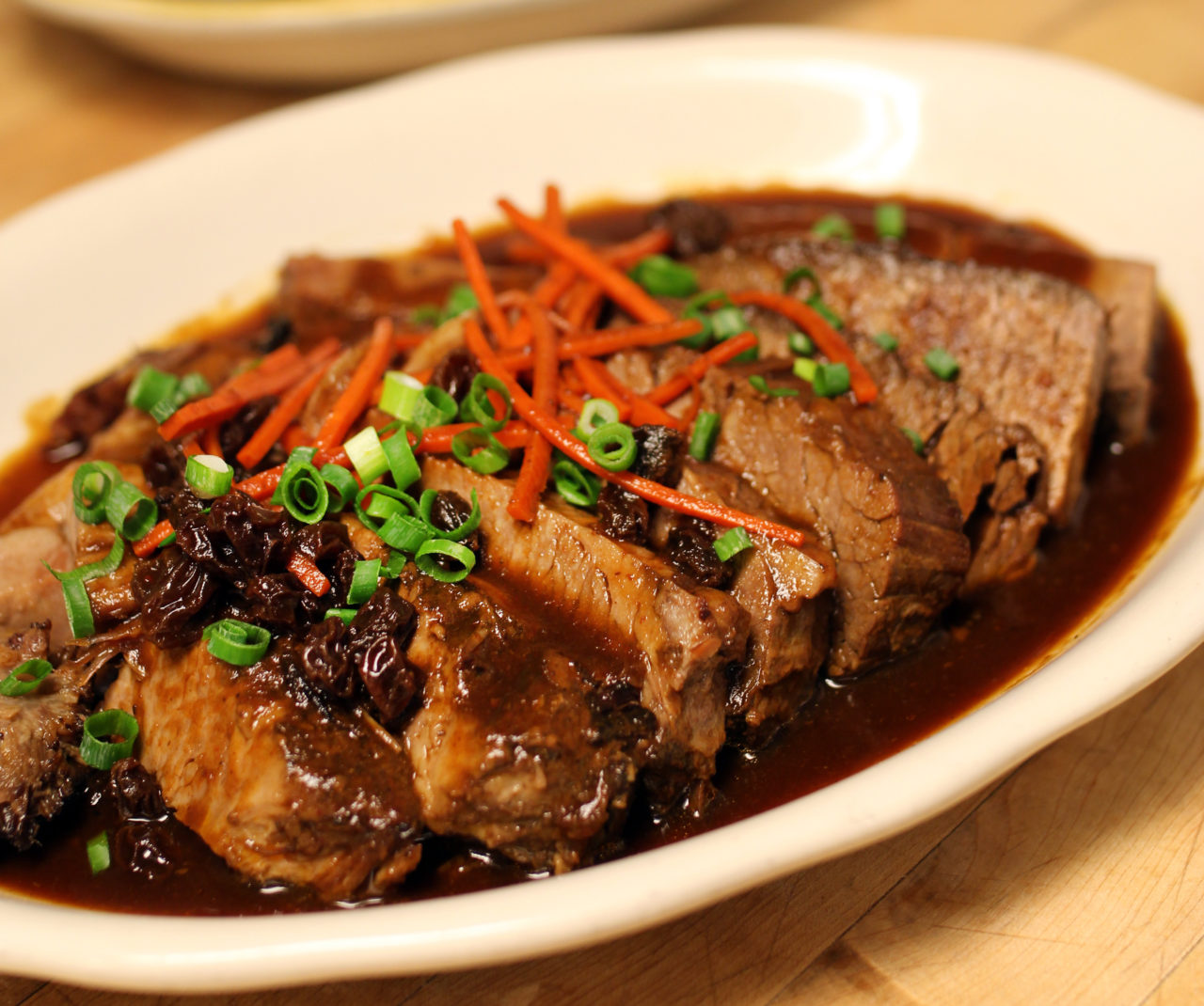 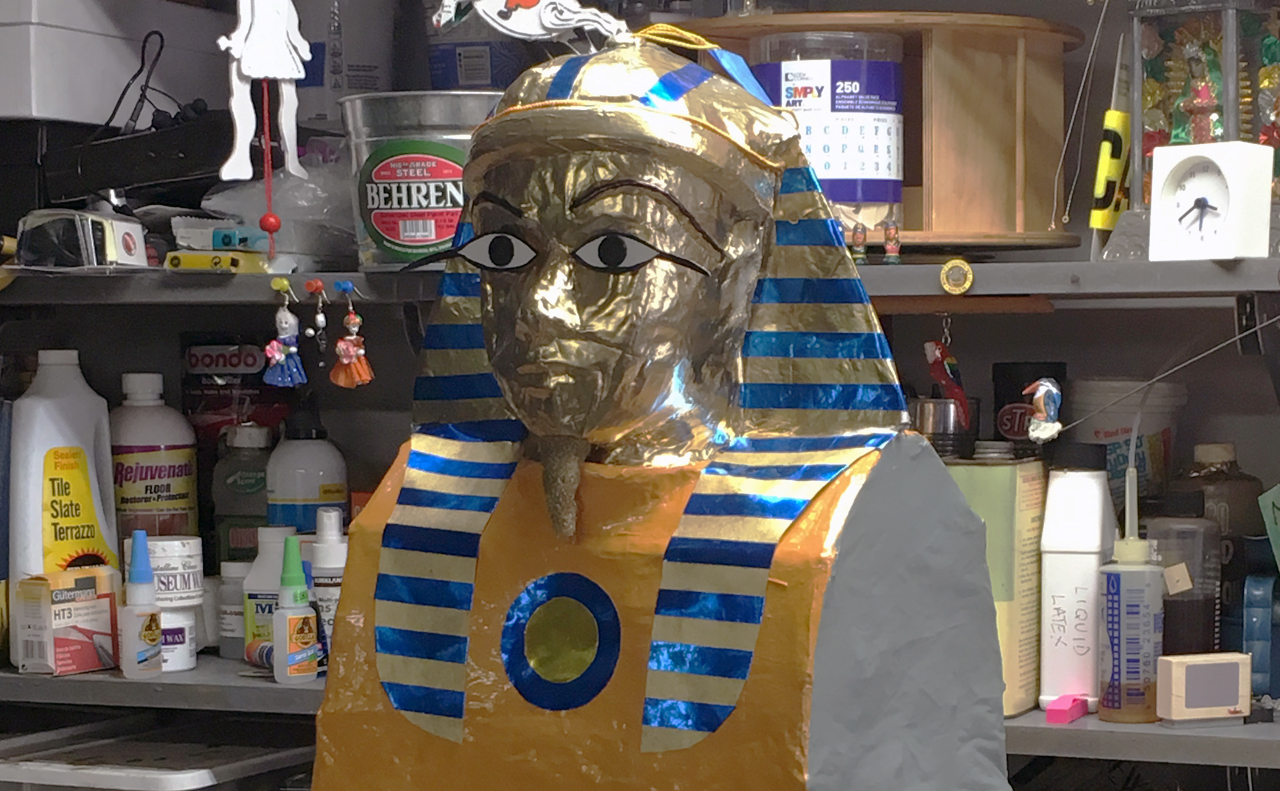