On Friday afternoons, 10-year-old Ephraim Margolin would watch the horse-drawn cart roll through his Tel Aviv neighborhood, a black-frocked rabbi at the reins. As the sun sank into the Mediterranean, the rabbi would stand and blow a trumpet, heralding Shabbat.

Now 82, the San Francisco attorney and law professor has many gauzy memories of growing up in pre-state Tel Aviv.

He is one of several Tel Avivians now living in the Bay Area. Though naturalized Americans, they still think of themselves as Israelis, and true-blue natives of Tel Aviv.

Back then Tel Aviv was nothing like the glittering world city celebrating its 100th anniversary this month. No Azrieli Towers, no fashionable seaside boardwalk, no superhighways.

“The city sprung from Jaffa,” recalls Margolin, referring to the town just to the south. “It was not terribly clean.”

In fact, he remembers his hometown as looking a bit dilapidated, even as new buildings went up. But he also remembers the high culture pulsing through Tel Aviv in the 1930s and ’40s.

“My mother encouraged me to listen to the Israel Philharmonic,” he says. “When they played in one of the open areas, I would sit on a tree and listen. My musical development was one that left deep red spots on my behind.”

Margolin was not born in Tel Aviv. Like many Israelis past and present, he was an immigrant. Born in Berlin to Jewish university professors, he came with his mother to pre-state Israel in 1936, fleeing the coming Nazi onslaught. His father ended up in the hands of the Russian army, which banished him to Siberia for the crime of knowing Hebrew.

Meanwhile, the family adjusted to life in bustling Tel Aviv. Margolin remembers the lines that formed to buy blocks of ice for iceboxes (no one had refrigerators then).

“It made a big impression on me that everyone was standing in line,” he says. “But if you were a professor, everybody invited you to go to the head of the line. The notion of the enormous respect given to a person who managed to be a professor — it was like somebody from the higher world.”

While waiting for her husband to return (they were reunited after World War II), Margolin’s mother would take in homeless Jewish refugees, many of whom would sleep on the floor and crowd around the dinner table. Margolin remembers in particular one bespectacled Polish youth with impeccable manners: Menachem Begin.

“Begin was my ideal of a Polish gentleman,” Margolin recalls. “He was a friendly sort of guy, but at the same time he was quite clear in his own mind, and usually would end up never changing his mind.”

Begin disappeared from the family’s life when he joined the Irgun, a military group that fought to liberate pre-state Israel from British rule.

Margolin eventually joined the Irgun as well, and in the 1948 War of Independence, he manned one of a handful of 3-inch mortars defending the city. Around that time he was surprised to hear from Begin, their old family friend. Begin needed a secretary, and asked Margolin if he would be interested in the job. Margolin served in that capacity for nearly a year. Begin went on to serve as prime minister of Israel.

After the war, Margolin attended Hebrew University in Jerusalem and then Yale Law School, where he received his law degree in 1952. In 1957, he moved to the Bay Area, where he had a distinguished career as a criminal defense attorney and law professor. He taught at U.C. Berkeley’s Boalt School of Law for 20 years, and now teaches at Hastings College of Law in San Francisco.

For 40 years he has served as an attorney for the state of Israel, and often represents the Israeli Consulate here. He also chaired the Jewish Community Relations Council.

Though he’s been in California for decades, Margolin returns to his hometown often, though it certainly no longer resembles the town of his youth.

“When I arrived in Tel Aviv, I thought it was a big city,” Margolin says of his arrival there as a boy. “In reality it was maybe 120,000 people. There were woods to the north, where we used to go camping on weekends. All of that now is a massive 2.5 million people. It’s extremely difficult to recognize what it was like 60 years ago.”

As someone who grew up in Tel Aviv, Avner Naggar  remembers times of plenty, times of scarcity and times of war. But mostly he recalls a comfortable life in the first modern Hebrew city.

“We lived in a neighborhood that was new, spick-and-span,” says the retired Hillsborough architect, now 83. “The intellectual level in many of the arts, sciences and architecture was really on a par with Europe, because most of the people [came] from Europe.”

With World War II brewing, Naggar took a job drafting for the British-run Department of Surveys on Yehuda Levy Street. Half the staff was Jewish, the other half Arab, and Naggar remembers everyone getting along.

He recalls one Arab colleague coming in to work late one day, having missed the bus from Jaffa. The reason: a group of Orthodox Jews had approached him on the street.

“They grabbed him and said they needed a minyan,” Naggar says. “So he went with them. He told me, ‘I wanted to help them out.’ ”

In 1947, Naggar was accepted as an undergraduate student at U.C. Berkeley, where he studied architecture. Though he intended to return to Israel, especially after statehood in 1948, he met his American wife-to-be, Gloria. They married and settled down, at first in the Bay Area and later in Detroit, and had five children.

In 1962, Naggar finally landed an opportunity to return to his hometown, accepting the post of chief architect for Tel Aviv’s Department of Public Works. There the family grew close with next-door neighbor, Ariel Sharon and his family. They even attended his wedding.

After two years, the family returned to the United States, settling once again in the Bay Area. Naggar retired 10 years ago, and though he has family in Israel and has made countless trips back to Tel Aviv, he hasn’t been home in several years.

But no matter how long away, he can’t shake his affection for his sunny seaside home along the Mediterranean.

Says Naggar, “I always felt like a homing pigeon.”

When Israel’s War of Independence broke out in 1948, Nitza Broide-Miller spent much of that year sleeping in a Tel Aviv bunker on government-issue cots.

Fortunately, that bunker lay just underneath her parents’ Spinoza Street apartment building. She was never without her friends or family. With British soldiers standing guard on the building’s rooftop, Broide-Miller and her friends would tease them mercilessly.

Today, Broide-Miller is a Palo Alto psychotherapist, specializing in dance therapy. As a girl, she did much of her dancing in the grassy courtyard of that apartment, which still stands in Tel Aviv.

She remembers the unpaved street of sand that would turn to mud in the winter rains. “Life was very simple,” she says, “but everybody was very close and connected. People knew each other.”

The daughter of two staunch Zionists from Europe, Broide-Miller remembers fondly her lazy days at Tel Baruch beach and HaAtzmaut Park. Her old neighborhood, now not far from the city center, was once the edge of town, with orchards and fields of flowers a stone’s throw away.

“There were no buses in the old days,” Broide-Miller says. “If I wanted to go visit I had to hitchhike. Safety was not an issue in those days.”

The arts — theater, music and especially dance — became her passion. Broide-Miller joined a Tel Aviv theater company, which performed all across the young nation of Israel. She later pioneered the field of dance therapy, and while attending a yearlong course on the subject at UCLA she ended up marrying and staying in California.

She goes back to Israel as often as she can.

On one visit several years ago, Broide-Miller attended a museum exhibition that included photos of old Tel Aviv. She was surprised to see a picture of her old Spinoza Street apartment building. It turned out that some of the same families she knew as a girl still lived there, having turned their homes over to the next generation.

She also began attending annual summer reunions of her old circle of friends at the same beach she frequented as a teen, off of Gordon Street.

“I’m definitely a Tel Aviv person,” she says. “Over the years it changed a lot and became much more cosmopolitan, more developed. But I still walk around the old neighborhoods and it’s just lovely.”

Celebrate Tel Aviv around the Bay

It wouldn’t be a true celebration of Tel Aviv’s 100th anniversary if the Bay Area didn’t host a few commemorative events. The following is a listing of Israel Center–sponsored local events to help Tel Aviv blow out 100 birthday candles.

“Fragments of a Style: A Celebration of Bauhaus in Tel Aviv.” Photography by Yigal Gawze, now through May 30 at the JCC of San Francisco, 3200 California St., S.F. Free.

“Haifa in Hi-Fi (and Tel Aviv in Stereo)” featuring David Katznelson in conversation with Donny Inbar on Israeli music, and its influence on American Jewish culture, 3 p.m. April 19 at the Contemporary Jewish Museum, 736 Mission St., S.F. The event is part of the “Jews on Vinyl” exhibit.

Israeli jazz quartet Third World Love, led by Avishai Cohen, performs a concert based on the album “Sketch of Tel Aviv,” 8 p.m. and 10 p.m. April 22 at Yoshi’s, 1330 Fillmore St., S.F. Co-presented by the Israel Center’s Tzavta and the Hub at JCCSF.

For more information on any of these events, go to www.israelinthebay.org. 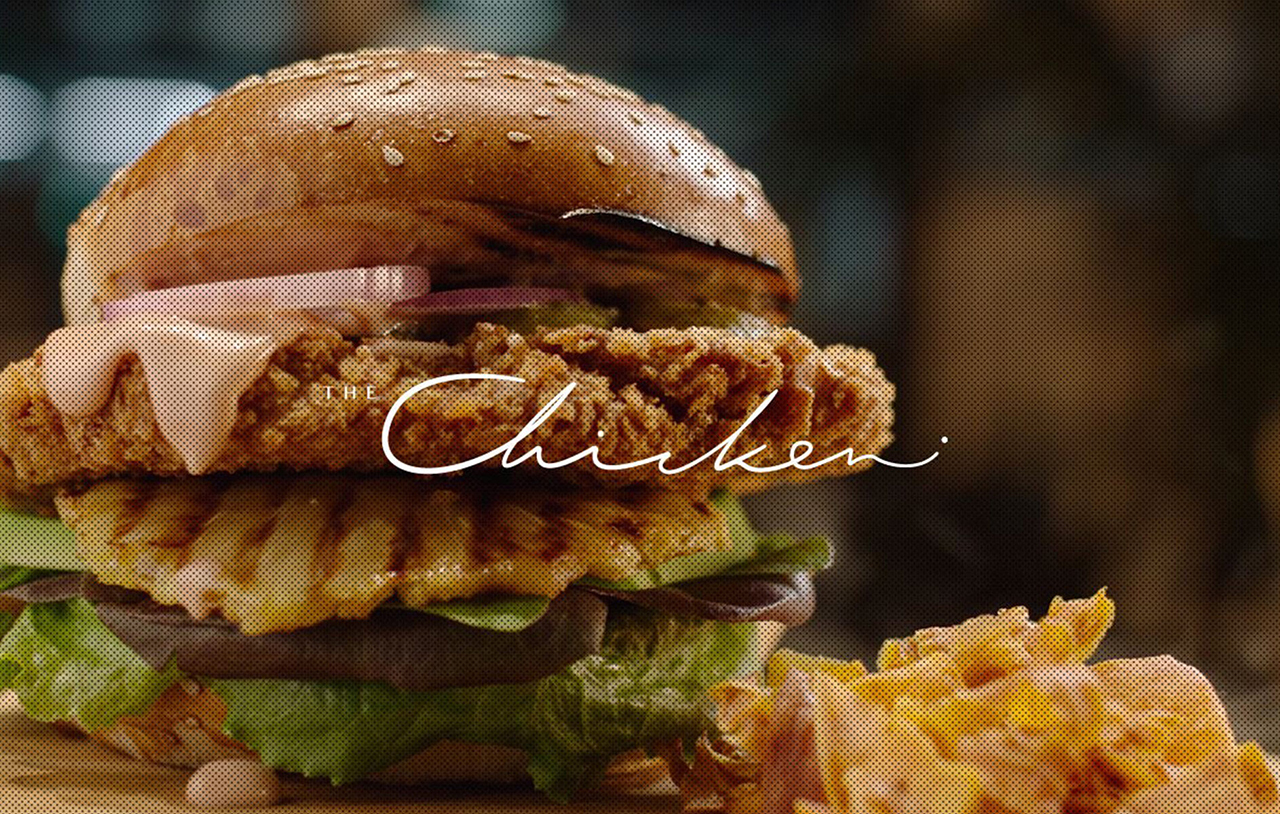