As a Tel Aviv University undergrad, Moulie Vidas had no trouble befriending the other students in the Talmud department.

There was only one.

Apparently, not many secular Israelis chose to study the Talmud there, and eventually the department was closed, and folded into a larger one.

But Vidas’ passion for the great compendium of Jewish law never waned, and today, at just 26, he is a young lion in the realm of academic Talmud scholarship.

With his doctorate from Princeton fresh in hand, Vidas is also the latest addition to the Jewish studies faculty at U.C. Davis. His title: assistant professor in religious studies.

“Getting Moulie was quite a coup,” said Diane Wolf, director of the U.C. Davis Jewish studies program. “He had many interviews all over the country last year and several job offers. That he chose U.C. Davis speaks to the quality of our religious studies faculty and burgeoning Jewish studies program. He brings a new perspective that enriches us all.”

The Jewish studies interdisciplinary program at U.C. Davis is a offered as a minor, and includes courses on everything from the Holocaust to the Bible on film.

This quarter, Vidas teaches a class on the Dead Sea Scrolls, with one on rabbinic literature next quarter. Soon, he hopes to add classes in his specialty: how the sages redacted and edited the Babylonian Talmud, as well as the surprisingly vibrant interaction among Jews, Christians and Zoroastrians in late ancient Mesopotamia.

To master the latter subject, he had to brush up on his Middle Persian. At Tel Aviv University, and later at Harvard and Princeton in postgraduate studies, he studied that language, as well as Aramaic and Syriac (idioms of the ancient Near East). Now he’s struggling to learn ancient Greek, but he expects to get that down, too.

“Here’s a guy, a secular Israeli, who studied Talmud at Tel Aviv University,” said fellow U.C. Davis faculty member David Biale, “and within a very short time came to master something that was considered only possible to people who went to yeshiva their whole lives.”

In a time of draconian budget cuts at U.C., Biale and his colleagues had to get creative to persuade the university to open the position. They proposed to raise three years’ worth of funds to cover salary and benefits. After that, the university would take over the costs. U.C. Davis said yes, and then local Jewish foundations and donors came through.

Though the Tel Aviv native never set foot in a yeshiva as a youth, he says his interest in Talmud stemmed from a desire to know “what the other side thinks. When I got to actually study these texts, the brilliance of the Talmud, the great erudition, attracted me to it.”

As much as he reveres the Talmud, Vidas admitted he has not read it all. Composed and edited over centuries, and weighing in at some 20 volumes, it’s one of the most massive works in the Jewish religious canon.

But because his focus is on repetitive procedural aspects of the text, he says he can pursue his theories without cycling through the entire work.

Young as he is, Vidas has proposed something Biale calls “revolutionary” in Talmud scholarship. Vidas summarized his central observation as “a kind of discontinuity between the authors of the Talmud and the traditions they had.”

“The Talmud is divided between Hebrew and Aramaic parts,” Vidas said. “What does that mean? Why Hebrew sometimes and Aramaic other times? I argue that it’s a way for the editors to distance themselves from tradition. They use Aramaic for their own voice, and Hebrew for the tradition.”

“There is sometimes a real discrepancy between the editors and the message of the text,” Biale noted. “[Vidas] changes he way we think about the Talmud and the people who actually edited it.”

Vidas conceded that the notion of the sages consciously seeking to subvert tradition is “contrary to most of what has been written by religious people in the past.”

Although he challenges conventional wisdom when it comes to Talmud, Vidas has found Orthodox colleagues welcome his insights. He says their open-mindedness stems from a love of text and study.

So how does the native Israeli like living in Northern California? Davis is a lot more like Israel than Princeton, so he feels quite at home.

But the classroom is where it matters most. Biale, who headed the search committee that lured Vidas to Davis, thinks the young professor will be a hit. 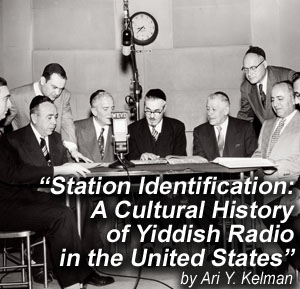