On the day of the grand opening of the Tobin Health Center in Mbale, Uganda, health professionals were already hard at work treating patients inside.

The center was open for business, but that didn’t slow down the lively June 18 celebration, which featured song and dance performances and speakers. About 3,000 people gathered at the center’s grounds to mark the occasion.

Seated under colorful tents was Diane Tobin, director of S.F.-based Be’chol Lashon and wife of the late Gary Tobin, for whom the center is named, along with three of their children, Aryeh, Mia and Jonah.

“Everyone was amazing, friendly and so generous of spirit,” said Tobin, who was visiting Uganda and its Abayudaya Jewish community for the first time. “They were so appreciative of having the center and demonstrated a tremendous willingness to work together. It’s a great model for the rest of the world.”

Rabbi Gershom Sizomu (center) holds a photo of Gary Tobin, founder of the Institute for Jewish and Community Research, alongside his wife, Diane Tobin.

Andrew Esensten, Be’chol Lashon program coordinator, and Rabbi Gershom Sizomu, spiritual leader of the Abayudaya Jews and the first chief rabbi of Uganda, joined them, in addition to government and medical officials, and representatives from Jewish, Muslim and Christian communities.

The Tobin Health Center is named for Gary Tobin, the founder of the S.F.-based Institute for Jewish and Community Research, of which Be’chol Lashon (“In Every Tongue”) is an initiative. Tobin died one year ago after a long battle with cancer. He was 59.

“He really has left a legacy,” said Debra Weinberg of Baltimore, who attended the opening with her husband, Joe, and their 14-year-old son, Ben. The couple also helped fund the project. “I think he would feel deeply comforted to know it’s improving the lives of people.”

The 4,000-square-foot facility is a major component of the ongoing Abayudaya Community Health and Development Project undertaken by the Abayudaya Executive Council and Be’chol Lashon, a nonprofit that reaches out to Jews of color and helps educate the mainstream community about Jewish diversity.

It cost approximately $250,000 to erect the two-story center, using donations collected over five years. While patients pay for their services, continuous fundraising is a necessity, Tobin said.

Dancers perform at the opening of the Tobin Health Center in Mbale, Uganda. photos/courtesy of diane tobin

Construction began in July 2009, enabling more than 50 Africans from diverse ethnic backgrounds to earn a living.

Stars of David are featured in the window grids, ceilings and floors of the health center, a “lovely expression of their Judaism,” Tobin said. Private rooms make up most of the top floor, with patient wards on the ground floor. A mezuzah is affixed to every door.

A large portrait of Gary Tobin hangs in the lobby.

“It’s so heartwarming,” Diane Tobin said of the visual tribute. “Gary would be so honored to have this health center in the middle of Africa named after him.”

Prior to the opening of the Tobin Health Center, the nearest medical facility to the Abayudaya Jews was Mbale Hospital, an overcrowded and understaffed institution not accessible to all the residents of the region. Tobin said there are other clinics in the area, but they lack the preventive health care measures necessary to respond to the community’s needs.

The Tobin Health Center is licensed by the Ministry of Health and is certified to operate a pharmacy and laboratory. It serves all who seek basic medical care in the region, providing life-saving health services and simultaneously creating jobs.

“The goal is to raise the standard of medical care,” Tobin said.

In addition, rental units on the bottom and top floors of the center will provide more job opportunities for locals. The first business recently opened — a hardware store that sells bags of cement, plumbing equipment and sheet metal — with a beauty salon and video rental outlet in the works.

A Jewish star welcomes the Abayudaya Jews of Uganda to the health center.

The center “is rewarding on a number of levels,” said Steven Edwards of Laguna Beach, who, along with his wife, Jill, has been involved with the Abayudaya for six years. “The most obvious is to see this beautiful, clean building. On top of that, local dignitaries noted how lucky Mbale is to have the Jewish community and how much they contribute to the larger community by bringing jobs.”

The Abayudaya Jews comprise a growing, 100-year-old community of more than 1,000 Jews living among 10,000 Christians and Muslims. They live in scattered villages in the rolling, green hills of eastern Uganda. The largest Abayudaya village, Nabagoye, is near Mbale, the seventh-largest city in Uganda and the location of the center.

Research conducted by Be’chol Lashon in 2006 showed that contaminated water and malaria-carrying mosquitoes pose the biggest health risks to the community. A year later, the organization launched the Abayudaya Community Health and Development Project with the drilling of the first well in Nabagoye.

Since then, nearly 1,000 mosquito nets have been purchased and distributed throughout the community.

“Our goal is to respond to the needs of communities,” Tobin said. “If there are other communities that need health centers, we will be there.” 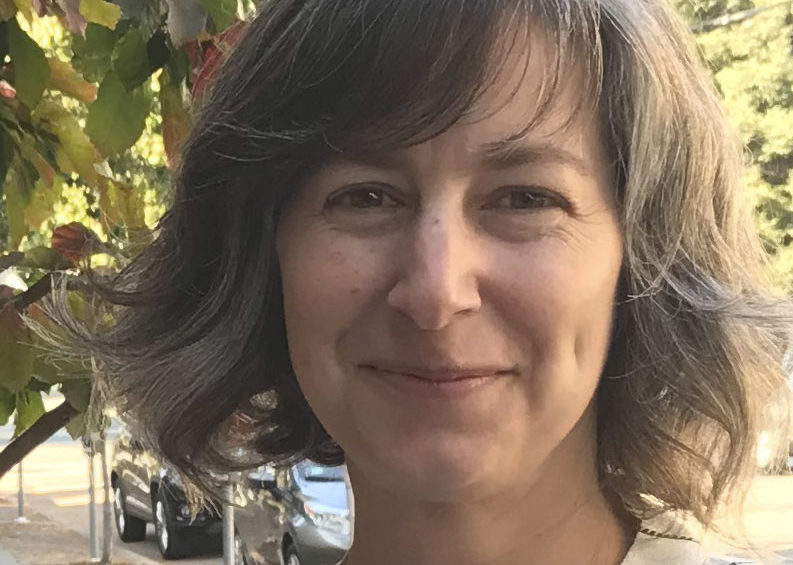