Year of Civil Discourse: Teaching Jews how to disagree minus the vitriol

The High Holy Days are here, but for Richard Litvak, it feels more like Chanukah.

That’s because a few weeks ago, a great miracle happened at Temple Beth El, the Aptos synagogue for which he serves as senior rabbi.

Last year, a testy debate over Israel turned congregant against congregant, with some threatening to quit the temple over the feud. One faction viewed Israel as a bully oppressing the Palestinians; the other feared open criticism of Israel undermines the Jewish state. There seemed to be no middle ground.

Thanks to workshops led by the S.F.-based Jewish Community Relations Council’s Project Reconnections, those angry congregants learned to talk to each other more respectfully. They even collaborated on writing the synagogue’s official policy toward Israel, which was approved at the end of August.

Now, the JCRC, the Northern California Board of Rabbis and the S.F.-based Jewish Community Federation will take that message to the broader Bay Area Jewish community with a new initiative: the Year of Civil Discourse.

The initiative comes after a year of most uncivil discourse, much of it stemming from the controversy at the 2009 San Francisco Jewish Film Festival over the screening of a documentary about anti-Israel activist Rachel Corrie, and over Israeli boycott, divestment and sanctions (BDS) battles on college campuses.

Those debates often turned nasty. For a while last year, the letters section of j. resembled the caged ring of an Ultimate Fighting Championship match.

Amid the acrimony, Abby Michelson Porth and Rachel Eryn Kalish had finally had enough.

As coordinator of Project Reconnections and the facilitator who helped Temple Beth El, Kalish knew something had to be done about the vitriol. That’s when she, Porth and their colleagues at JCRC began planning the Year of Civil Discourse.

“The big picture is to have a culture change so that conversations about Israel can be handled in respectful and vibrant ways,” Kalish said, “to have these conversations without the anger, fear, pain and the threats that went on in the past.”

JCRC Associate Director Porth created Project Reconnections in 2005, hiring Kalish as its coordinator and head facilitator. The two helped design the new initiative. She says the Year of Civil Discourse has both public and behind-the-scenes components.

For starters, organizers worked with the region’s board of rabbis to put together a full-page ad in last week’s j. Signed by 140 Northern California rabbis of all denominations and political persuasions, the text of the ad laments “intra-Jewish anger, hatred and even violence,” while pleading for “healthy, respectful dialogue based upon our love for our people and for the State of Israel.”

When was the last time 140 rabbis agreed on anything?

The initiative also sets up the Rabbis’ Circle, which will provide retreats and workshops for clergy on how to lead discussions about Israel.

But the heart of the program involves engaging up to six local Jewish institutions that need help promoting respect between those with opposing viewpoints, as did Beth El in Aptos. Kalish is currently accepting applications for the six spots.

“There are institutions where Israel and other controversial topics are threatening to rip them apart,” Porth said. “We will be looking for those that cannot afford to go through this.”

Kalish will do for the six what she did in Aptos. With financial support from the Richard and Rhoda Goldman Fund, the Walter and Elise Haas Fund and the Jewish Community Endowment Fund, the institutions will select a cohort of 15 to 20 members to engage in a year of dialogue, workshops and retreats.

At the end of the project, while no one’s political views may budge, the hope is that opposing sides will have learned to parley peacefully.

“The goal is not necessarily that people change their minds,” Kalish noted. “Just that they enter the conversation with care and trust, and with the good of the community in mind.”

Rabbi Rosalind Glazer of San Francisco’s Congregation Beth Israel Judea not only helped round up the rabbis for the newspaper ad, she is taking a lead advisory role in the Year of Civil Discourse. For her, the divisive intra-community debates will “lead to disaster” unless something is done.

She said the community must cultivate “the ability to have an expanded dialogue where people can talk, listen to people who say things that make us uncomfortable, and open ourselves up to issues that cut deeply.”

Initiative organizers understand that Jewish communities large and small might face many divisive issues. A congregation might fracture over the hiring or firing of clergy, or fight about capital expenditures. Kalish is willing to mediate disputes like those, but since nothing spikes Jewish blood pressure like the debate over Israel, she expects more conflicts like the one from Aptos.

Partisans critical or supportive of Israel may have Israel’s best interests in mind. They just come at it from two different perspectives, each within parallel Jewish traditions.

Rabbi David Cooper of Piedmont’s Kehilla Community Synagogue has dubbed them the “Guardians” and the “Prophets.”

The Guardians tend to defend Israel at all costs, seeing it as under attack from the Muslim world, the left and a hostile media. The Prophets tend to rail against injustice as did the biblical prophets of old. In particular they speak out against Israel’s policies toward the Palestinians.

At Beth El in Aptos, the tension between Guardians and Prophets had nearly hit the breaking point.

It all started when a group of temple members of the Guardian mindset formed an Israel Support Committee. They began to develop educational programs and eventually brought forth an official Israel policy they felt the temple board should adopt.

In early discussions of that policy, some felt the synagogue should take a stand and have nothing to do with any group that supported BDS or referred to Israel as an “apartheid state.” Congregants from the Prophets side did not want to shut down free speech.

“On both sides, members expressed that they might not renew their membership if there wasn’t the kind of Israel policy they felt was in harmony with their orientation,” Litvak recalled.

When Kalish, the JCRC and Project Reconnections came in last fall, they found a way to bring the two sides together. Not in terms of political opinions, but in terms of mutual respect.

First, a series of speakers came in to better educate the membership about Israel and modern Middle East history. Then Kalish came in to facilitate dialogue.

“She basically had someone from each group talk to someone else from the other group,” recalled synagogue president Gus Gold, who took part. “She said, ‘Turn your chairs around,’ and all the opposing sides paired up. She asked us to talk about our basic beliefs and desires for outcomes.”

Litvak said Kalish “did a masterful job bringing people in face-to-face dialogue, and then in a kind of group forum to talk about their concerns, their fears, the values they held behind their positions. It helped humanize the process so that people got to understand each other in a personal and safe way.”

From there, the unofficial leaders of the two sides — one, the leader of the Israel Support Group, the other, a leader with the local J Street chapter — together wrote the synagogue’s Israel policy statement and presented it to the congregation. It passed the board unanimously.

Porth and Kalish noted that the San Francisco Jewish Film Festival incident last summer provided much of the impetus to launch the Year of Civil Discourse.

Dr. Mike Harris of San Francisco Voice for Israel was verbally attacked when addressed a hostile audience at the “Rachel” screening in San Francisco’s Castro Theater. From the stage, he defended Israel to boos, catcalls and shouts of “sieg heil.”

Yet Harris admits that pro-Israel partisans also engage in abusive speech, especially when they show up to counter anti-Israel protesters. “People show up on our side of demonstrations and act in ways that reflect badly on us, and we don’t like that,” he said. “We get hotheads who go off half-cocked spouting off.”

That’s why he, too, has had conversations with Kalish and supports the Year of Civil Discourse initiative. Largely because he believes the two sides can talk to each other, as long as they both accept Israel’s right to exist.

“The idea if you’re to the left of me you must be anti-Israel is a fallacy,” he said. “People on the right need to realize that those at a different place on the spectrum can be just as pro-Israel as they are.”

Porth expects the initiative to make an impact. She lists the overarching goals as permitting voices of moderation to be heard above the din, fostering difficult conversations and providing forums for elevated discourse.

That doesn’t mean everyone in the Jewish community has to march in lockstep.

“We’re not asking people to check their opinions at the door,” Porth said. “We need to see in other members of the Jewish community that there is a deeply held, passionate commitment to Judaism and the Jewish people, even when the strategies for safeguarding them may differ.”

Once Project Recon–nections gets down to business with the six institutions it will eventually select after an application process, Kalish believes “people may still argue, but do it with love and respect.”

She concedes that participants are self-selected, in that they already open themselves to speaking civilly with those who hold opposing views.

As Kalish sees it, they are the brave ones.

“There will always be people who don’t want to do this, on both ends of the spectrum,” she said. “I go through airports and see the glass-enclosed room where the smokers sit. My vision is that the screamers become like the people in the glass case. They can still scream but not spew it into the larger community.” 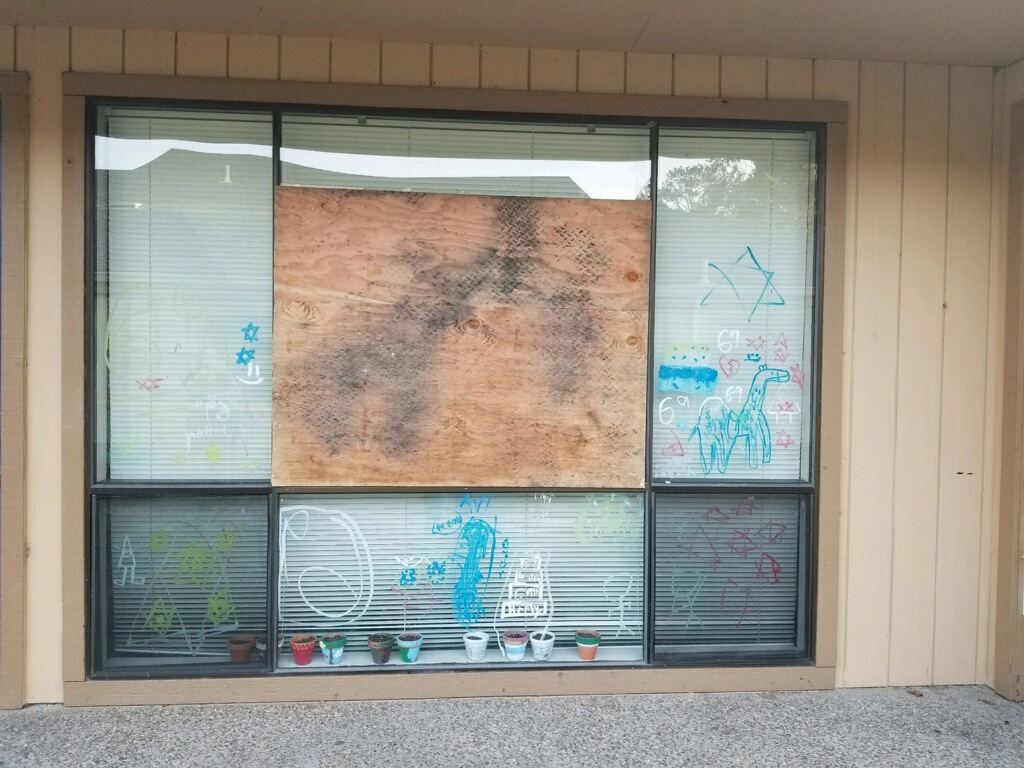 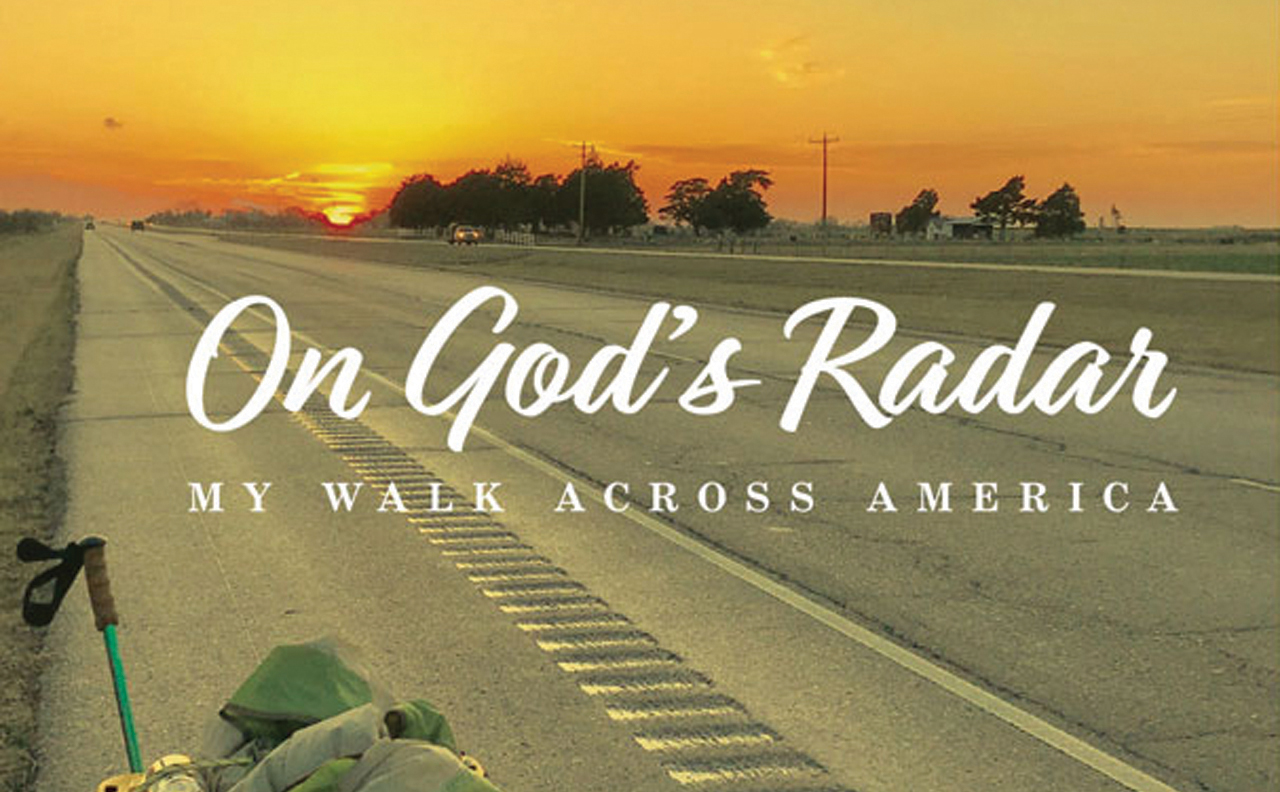