Yeshayah Goldfarb basks in the afterglow of the the Giants’ 4-0 Game 4 victory over the Rangers in Arlington, Texas.

No, the 32-year-old Berkeley native didn’t drive in any runs or pitch any shutouts during the World Series, but he was a vital component of the Giants’ success this year.

What that means is that Goldfarb had a role in just about every player personnel decision the Giants’ baseball operations department made to shape this year’s team — from past amateur drafts to in-season trades to off-season free-agent signings.

“He’s one of our ‘Moneyball’ guys, if you will,” Giants president Larry Baer said last week, alluding to the process of finding valuable players that other teams might overlook. “He does a lot of our really important analysis on player acquisitions.”

“It’s really a team effort,” said Goldfarb, one of four key men on general manager Brian Sabean’s staff. “But on any given day, it’s extremely gratifying to look around the [office] and see so many individuals who you know dedicated their lives to making the Giants a winner and bringing a championship to San Francisco.”

Goldfarb is the son of Yehudit and Reuven Goldfarb, two early leaders of the Jewish Renewal movement’s Aquarian Minyan in Berkeley (in the 1970s) who now live in the Israeli holy city of Tsfat. His mother, Yehudit, comes from prominent San Francisco Jewish lineage, the Lowenthal family, while his father, Reuven, was raised in Brooklyn on a steady diet of the Dodgers and Ebbets Field.

Reuven’s love of baseball was always evident. Two of his poems, “Cheering Gino Cimoli” and “Ozzie Smith Retires” appeared in Spitball: The Literary Baseball Magazine, and his lengthy essay “Baseball Kabbalah” — which originally ran in the Aquarian Minyan newsletter in 1990 — has become an oft-cited piece by baseball-loving Jews.

The Giants celebrate Nov. 1 after winning it all. photo/ap/david j. phillip

Yeshayah remembers growing up in such an environment — an eclectic mix of baseball and Jewish observance. For example, he was allowed to watch a televised game on a Saturday, but only if the TV was turned on before Shabbat and covered with a blanket (for viewing, the blanket was removed and the volume turned up).

His parents also let him play in a Little League game just hours after his bar mitzvah — and he delivered a bases-loaded double over the center fielder’s head.

Goldfarb went on to become a star ballplayer at Berkeley High School in the mid-1990s (a few years later, his brother, Elishama, was the football team’s starting quarterback) and then a pitcher at U.C. San Diego. After graduating with a degree in history, traveling for 10 weeks in Europe and working for a few months at a Peet’s coffee shop in Berkeley, he landed an internship with the Giants in 2001. He impressed the right people with his dedication and ability to analyze statistics, so the team hired him full time.

“I always liked numbers, just like a lot of other kids that are into baseball,” he recalled. Not many “other kids,” however, get a chance to help turn a run-of-the-mill team into World Series champions.

The 2010 Giants often were characterized as a collection of castoffs and misfits, as some of their top performers — Aubrey Huff, Pat Burrell, Juan Uribe, Ross and others — were players that other teams didn’t want. As an article on MLB.com put it, “Outsiders don’t see the diligence that such acquisitions require.”

That’s where Goldfarb comes in.

He’s part of a team that collects scouting reports, statistics, video and other data about many players, some that the Giants might want to acquire. He then performs intense analytics, but as second-year owner Bill Neukom told an MLB.com reporter, “These are not just crunchers who give you some funny numbers.  They know the game, love the game and have an opinion, and they stand up to Brian and the scouts.”

Take Huff as an example. From 2006 to 2009, he played for four different teams, then found himself without a contract only two months before 2010 spring training. If no teams wanted to sign him, why would the Giants?

“There were a few things in his statistical background, the scouting reports and intangibles we knew about him that made us think he could bounce back from a relatively, for him, poor 2009 season,” Goldfarb said.

In January, the Giants signed Huff for what proved to be a bargain, $3 million for one season (he had made $8 million in 2009). All the 33-year-old first baseman did was go on to lead the team with 26 home runs and 86 RBIs, while also adding leadership and clubhouse chemistry.

Goldfarb and his cohorts in analytics also were instrumental in re-signing Uribe before the season, trading for two relief pitchers in midseason (including lefty specialist Javier Lopez) and going after mid-season discards Burrell and Ross. He also helped convince officials to draft college stars Lincecum (2006) and Posey (2008).

When Neukom was holding the World Series trophy and giving a victory speech on TV in Arlington, Texas, on Nov. 1, he immediately praised “Brian Sabean and his core of people.” That core consists of VP of player personnel Dick Tidrow, VP of baseball operations Bobby Evans, and analysts Jeremy Shelley and Goldfarb.

“They deserve a lot of credit for burning the midnight oil all the way through the midseason,” Neukom told MLB.com. “They looked at hundreds of possibilities of ways to reinforce this team. And they obviously found some good ones.”

Goldfarb said he and his cohorts focus on taking a mountain of statistics and data and “putting it into a simple, understandable format for people that need the information.”

Goldfarb said he usually works more than 60 hours a week, and he travels a lot, too, and that he’s “always on call.”â€ˆThough he usually doesn’t travel to Giants’ road games, he did get to attend all of the playoff and World Series games, home and away — including the clincher Nov. 1 in Texas.

In August 2003, Goldfarb married Miranda Thorman; the two met at Camp Tawonga at age 14 and have been a couple since age 17. Thorman is now a history teacher at Berkeley International High School, and the couple lives in Berkeley (in the house that Goldfarb grew up in) with their two children, Eliana, 5, and Ezra, 2. They don’t belong to a synagogue, but are starting to look.

Goldfarb said that his father and mother watched all of the Giants’ postseason games live on the Web — most started at about 2 a.m. — except when they fell on Shabbat.

“They called me after every game, within five minutes of the game being over,” Goldfarb said.

With his dad’s passion for baseball and Kabbalah (and its inherent numerology), is it any wonder that Goldfarb found his life’s work analyzing numbers for a baseball team?

“He did follow that stuff,” Goldfarb said of his father. “He’s always been into the mysticism and the spiritual side of Judaism — and the numbers part of that.”

And for Giants fans, could anything be more mystical or spiritual than the 2010 season? 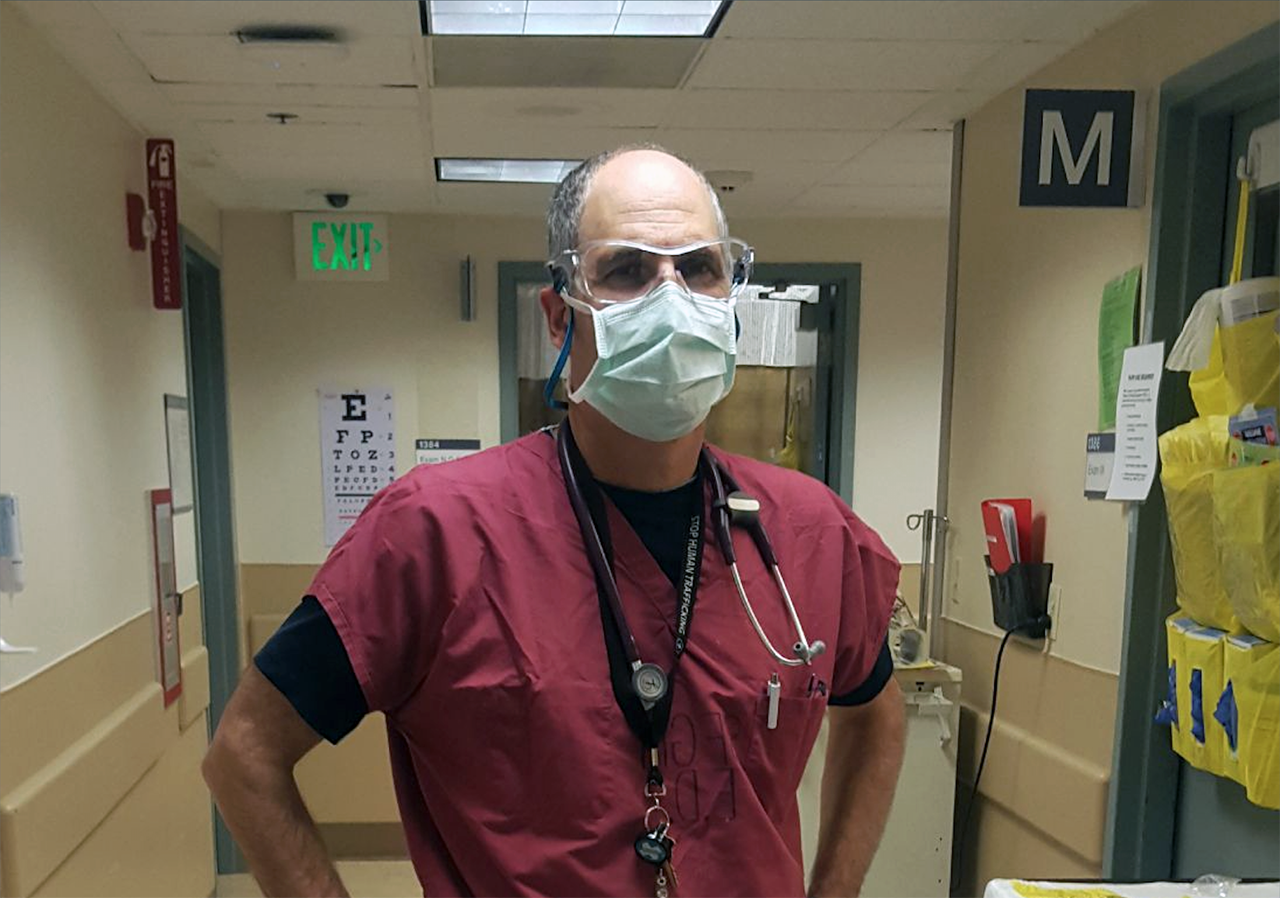