The Jewish Community Center of San Francisco has a CEO, a CFO and a COO.

Now it also has a CJO, or chief Jewish officer. Jewish Milestones co-founder Rachel Brodie has stepped into the role created for her.

As far as Brodie knows, she is the first Jewish agency executive anywhere to hold the title but, she said, “I have a feeling it’s going to become common parlance quickly. It has so much potential.”

According to JCC Executive Director Barry Finestone, for an organization with “Jewish” as its first name, the JCC lacked one key player. He came up with the role of chief Jewish officer to add to the management team.

“The CJO,” Finestone said, “will be responsible not just for some little pieces of programming explicitly devoted to Jewish texts, but to helping the entire agency think creatively, profoundly and indeed technologically about how it serves its mission to enrich Jewish life and peoplehood.”

Brodie, 44, wants time to flesh out what the job will entail. She plans to spend six months listening and learning the ways of the JCC.

Beyond that, she said, “The mission of the JCC is the same as what I’ve been trying to work toward. It’s about wide-angle Judaism, to expose as many Jews as possible to the possible. No single vision; no one right way.”

In accepting the job, Brodie had to officially dissolve Jewish Milestones, the nonprofit she grew into a nationally recognized success.

Founded in 2004, the Berkeley-based agency offered various services, most notably the education and referral service, which helped Jews (often unaffiliated) navigate their way through bar mitzvahs, Jewish holidays, weddings, Shabbat rituals and other events. The organization also had a ritual resource lending library, which made available for loan everything from a Torah scroll to siddurs to wedding chuppahs.

Brodie said those two programs would live on. The Jewish Torah study startup, Kevah, has taken over the referral service, which will be overseen by Deb Fink, while the ritual resource collection, including the Torah scroll, will now be housed at the JCC under Brodie’s stewardship.

“The good news is  all the programs will continue, just under different auspices,” she said. “Our Torah, which we dedicated in 2008, is now out [at various events] every weekend, and we’re thinking of buying a second one.”

Brodie is an accomplished Jewish educator. She spent a year in Israel on a fellowship at the Hebrew University, earned a master’s in rabbinic literature from the Jewish Theological Seminary in New York City and a bachelor’s in literature and history from Brown University. She moved to the Bay Area in 1997.

In addition to founding Jewish Milestones, she also co-authored “Jewish Family Education: A Casebook for the Twenty-first Century.” She lives in Berkeley with Adam Weisberg, former director of Camp Tawonga, and their two daughters.

As for the demise of her creation, Jewish Milestones, Brodie said she had “all last year to grieve.”

“It was a very hard year,” she recalled. “It was not clear what was going to happen to the programs, with the beloved staff gone and the hard funding climate. Then things clicked into place. It all came together in the last two months. I’m incredibly excited and amazed.”

Once she gets her sea legs, Brodie hopes to infuse the JCC with a refreshed Jewish perspective, though she added it will be far from an extreme makeover.

“Everything the JCC does is already Jewish,” she said. “The [JCC] programs are the gift-wrapping; the gift is where deep connections exist. They exist as much in the pool as Torah study class. I want people to look at what they already do and retrain it, and see it as Jewish.” 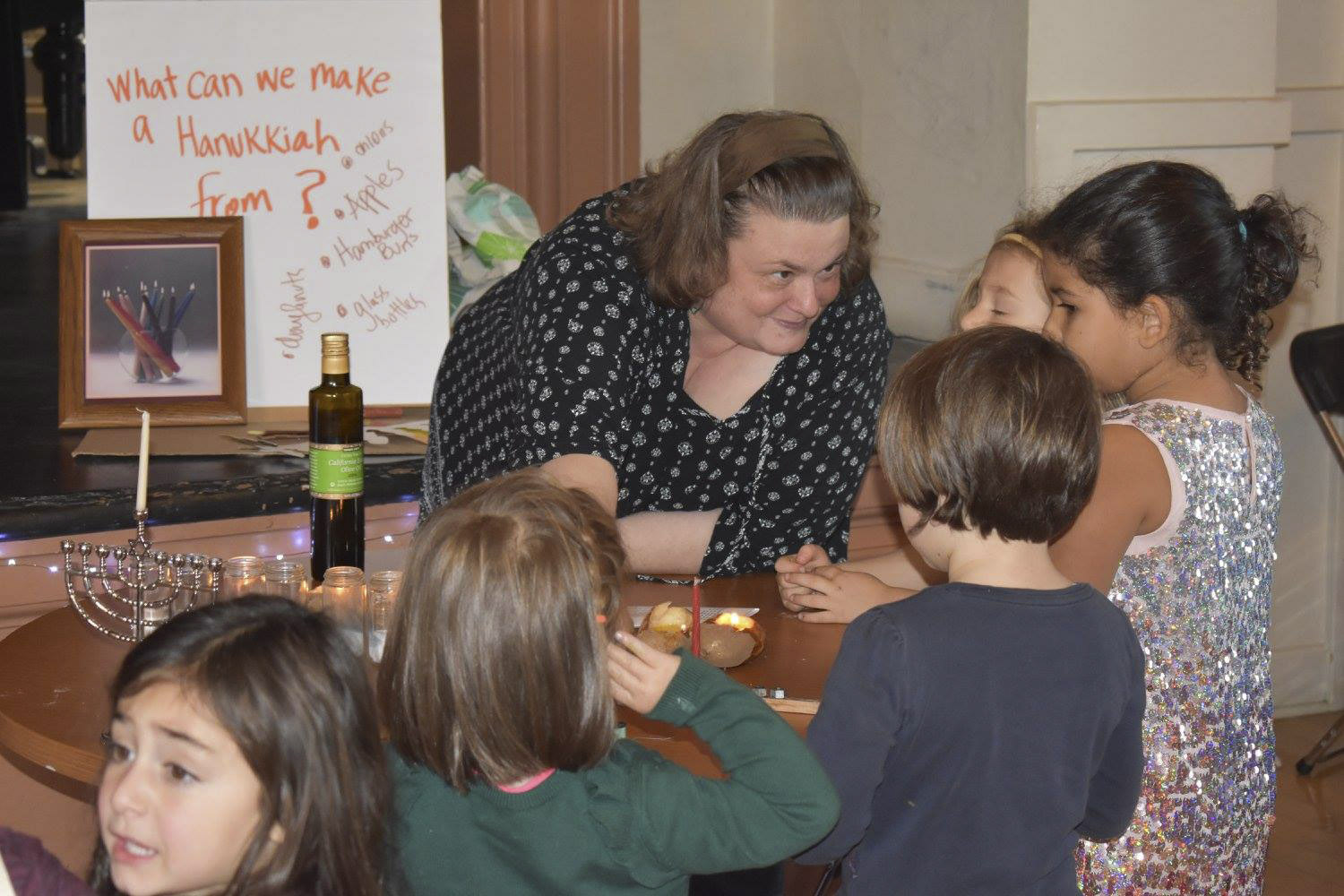