He provided a pro-Israel take on Middle East news and was able to give a forum to guests — be they authors or diplomats or Middle East experts — who were Jewish or Israeli.

That all came to an end last week when Cumulus Media, the new owners of KGO 810 AM, dismissed seven of the station’s veteran talk show hosts, including Rothmann. Cumulus changed the format to focus less on talk and more on news.

“His love of the Jewish community and Israel were the icing on the cake,” Kahn added, “a reassuring and consistently friendly voice on the air who was unafraid to take on any challengers.”

Rothmann’s shows included a wide range of topics and guests, but there always seemed to be a place for someone like Israeli firefighter Shachar Tsairy (one of Rothmann’s final guests last week) or Israeli Ambassador to the U.S. Michael Oren (a recent guest).

“There’s no question that I took full advantage of my contacts in terms of the Jewish community and the Middle East to represent a broad spectrum of Israeli opinion to the community,” Rothmann said this week. “I covered left, right and center.”

Rothmann took the firing in stride, as format changes in the radio business are to be expected. He was at KGO for what he deemed “15 wonderful years,” adding that he “enjoyed every minute of it.” For many years, he did the overnight shift on weekends, then in 2009 was promoted to the 10 p.m.–to–1 a.m. slot on weekdays.

A fourth-generation San Franciscan with myriad connections to the Jewish community, Rothmann was buoyed by the outpouring of support that he — and the other fired hosts — received from emotionally jolted Bay Area listeners who built what felt like personal relationships with KGO’s on-air hosts.

Rothmann said that in the first four days after the news broke, he received more than 1,500 emails and more than 100 phone calls from well-wishers. Moreover, thousands of user comments, many from irate listeners, flooded newspaper websites and blogs. At a high school basketball game, a priest came up to him and said, “John, this is unbelievable.” S.F.-based Israeli Consul General Akiva Tor called to express his feelings.

“The support has been stunning,” Rothmann said. “In a way, I did feel like I was able to attend my own funeral, and the eulogies have been wonderful.”

Tor told j.: “John has been a rigorous and erudite broadcaster, determined to report Israel and the Middle East as it is, not as partisans imagine it.”

Rothmann, 62, said he is now in search mode for a new radio job. He lives in San Francisco with his wife, Ellen, and his son Joel, who will be having his bar mitzvah in Israel next summer. His other son, Samuel, is a freshman at U.C. Davis. They are members of Congregation Emanu-El.

“My voice will still be out there,” Rothmann said.

All of them had their own unique voice, but none went to bat for the Jewish community like Rothmann did.

“I think my advocacy for Israel [on the air] was not only important as an educational tool, but an important statement for me as a figure in the media who was not hesitant in expressing the fact that Israel must have friends,” he said. “In all the years I’ve been on the radio, I’ve never hung my head or declined to stand up for things I believe in.” 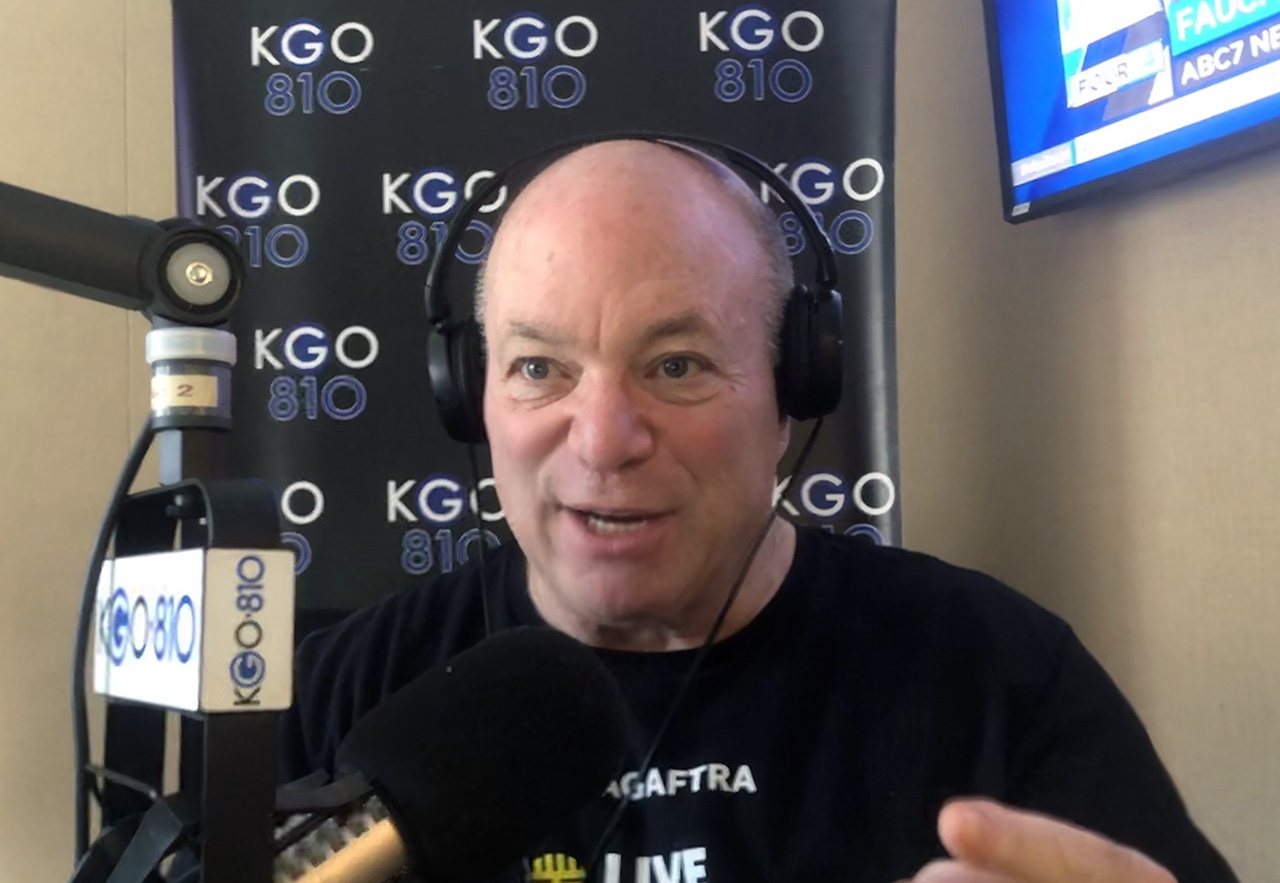