The Column: Making God’s food: on the trail of the Passover matzah

There I was, shivering in the predawn mist, peering down into the gaping maw of a 50,000-gallon tanker truck at a flour mill in western Pennsylvania as the great beast filled its innards with a steady flow of sweet-smelling, kosher-for-Pesach flour, marveling yet again at the enormous effort that goes into Passover food production in this country.

I was in the midst of researching “Kosher Nation,” my 2010 book on the kosher food industry, and I’d taken a 3 a.m. Greyhound bus from Port Authority to Harrisburg, Pa. for a ride-along on the Manischewitz Passover truck.

It was February, it was cold, and it was dark.

Manischewitz, like most food manufacturers specializing in the Jewish ethnic market, does 40 to 50 percent of its business at Passover. That’s a big chunk of its yearly revenue, and the company goes to great lengths to make sure nothing goes wrong. I wanted to see how it was done.

Matzah is important to Manischewitz. The 124-year-old company makes a wide range of kosher products, but it was founded in 1888 to produce factory-made kosher-for-Passover matzah, and the unleavened cracker still holds pride of place on the company’s roster.

Passover matzah is an incredibly labor-intensive product. It must be watched during the entire mixing and baking process to ensure that water comes into contact with the flour for not even a fraction of a second beyond 18 minutes. More than that and, according to rabbinic authorities, the leavening process begins, meaning the matzah may not be eaten during the eight-day holiday.

A Manischewitz Passover matzah begins life in a wheat field somewhere in the mid-Atlantic. It’s all very hush-hush: trade secrets, I was told. The wheat is harvested and then milled at several undisclosed locations in rural Pennsylvania under the watchful eyes of the company’s kosher supervisors. The guy I was following, an elderly but nimble white-bearded fellow, had finished scrubbing out the inside of the steel tanker before I arrived, and was perched atop the loading platform supervising the thick stream of flour pumped at high speed through the tanker’s intake valve.

He sealed the valve up tight with plastic wrap and yellow tags, and scrambled down and around to a discharge valve on the other side, sealing it just as firmly for the three-hour drive to company headquarters in Newark, N.J. If any seal is broken when the truck arrives, meaning that moisture might, just might have touched the precious cargo, the entire load has to be dumped.

Inside the matzah factory, the atmosphere was festive yet intense. Contract rabbis were on hand, hired for the busy Passover production season that typically extends from August through February. Great barrels mixed the dough and spread it on conveyor belts, where it moved along a noisy assembly line that stretched it thinner and thinner, poking holes in it along the way, until the perfect squares hit the

700-degree ovens and were blasted dry. Then they were cooled, wrapped in cellophane, boxed and shipped out —some 76 million sheets a year, according to company figures.

That same intensity is present at every factory that makes Passover products — at least, the ones I visited. At the massive Tropicana orange juice plant outside Tampa, Fla., one worker wearing a large cross around his neck told me with pride, “We’re making God’s food here.”

Now I’m back in Oakland. It’s the week before Passover, and I’m shopping at my local grocery store. I pause in front of the Passover section, inspecting the selection, as if it will be any different than it was last year, or the year before. I pick out my box of matzah, my jar of gefilte fish, my horseradish (red), my farfel (yellow).

I push my cart toward the checkout stand, giving the nod to another shopper with similar items in her cart. The MOT nod. The “I know where you’ll be Friday night” nod.

Sue Fishkoff is the editor of j., and can be reached at [email protected] 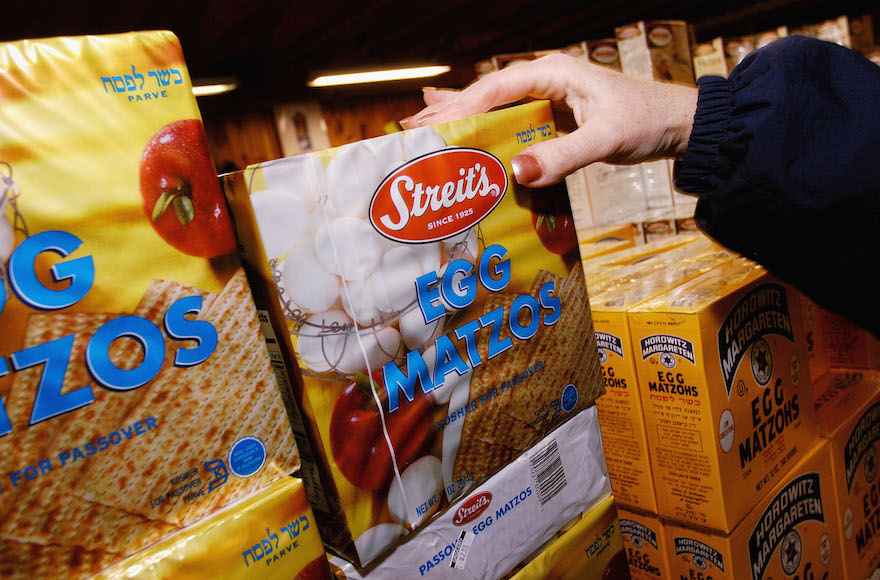 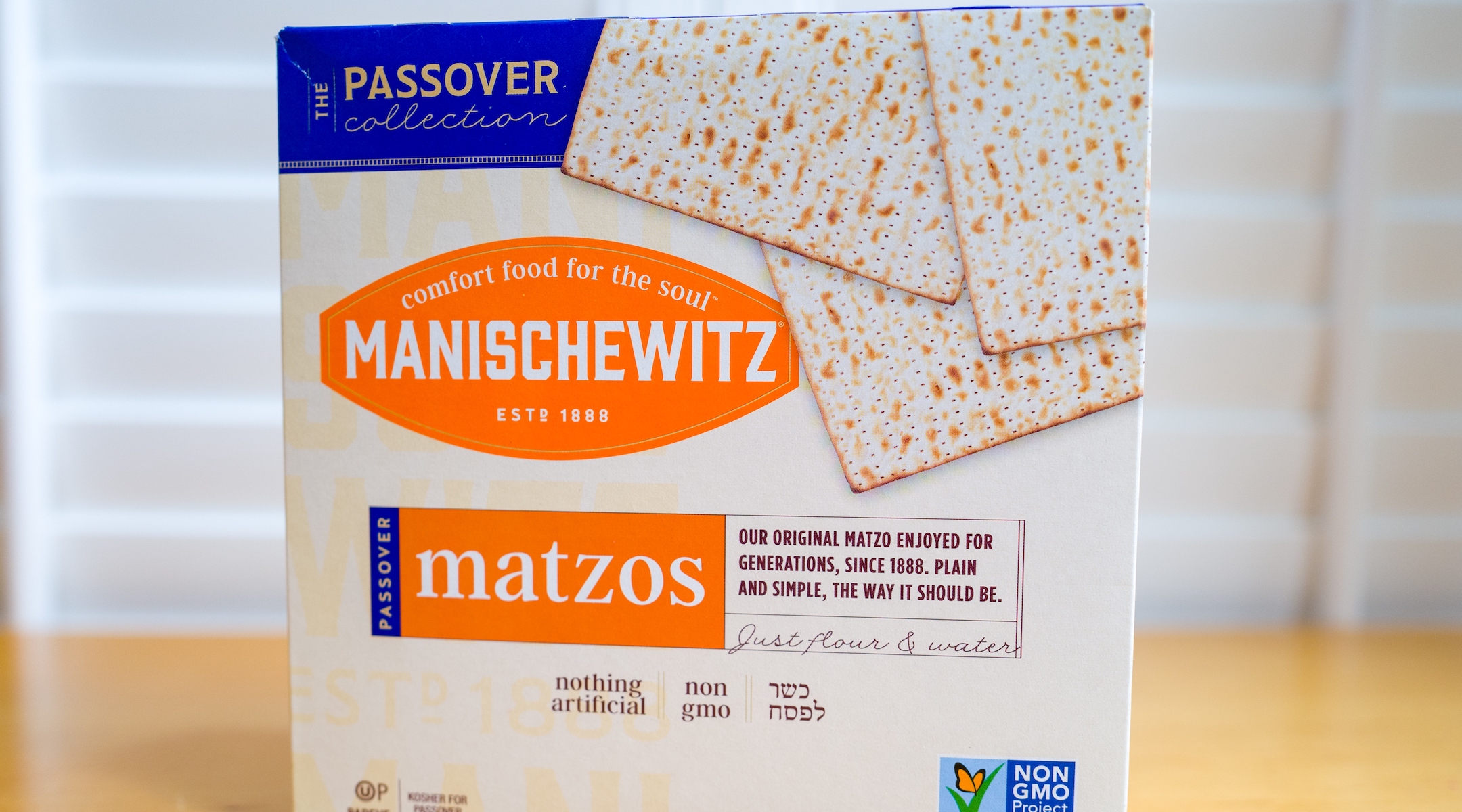 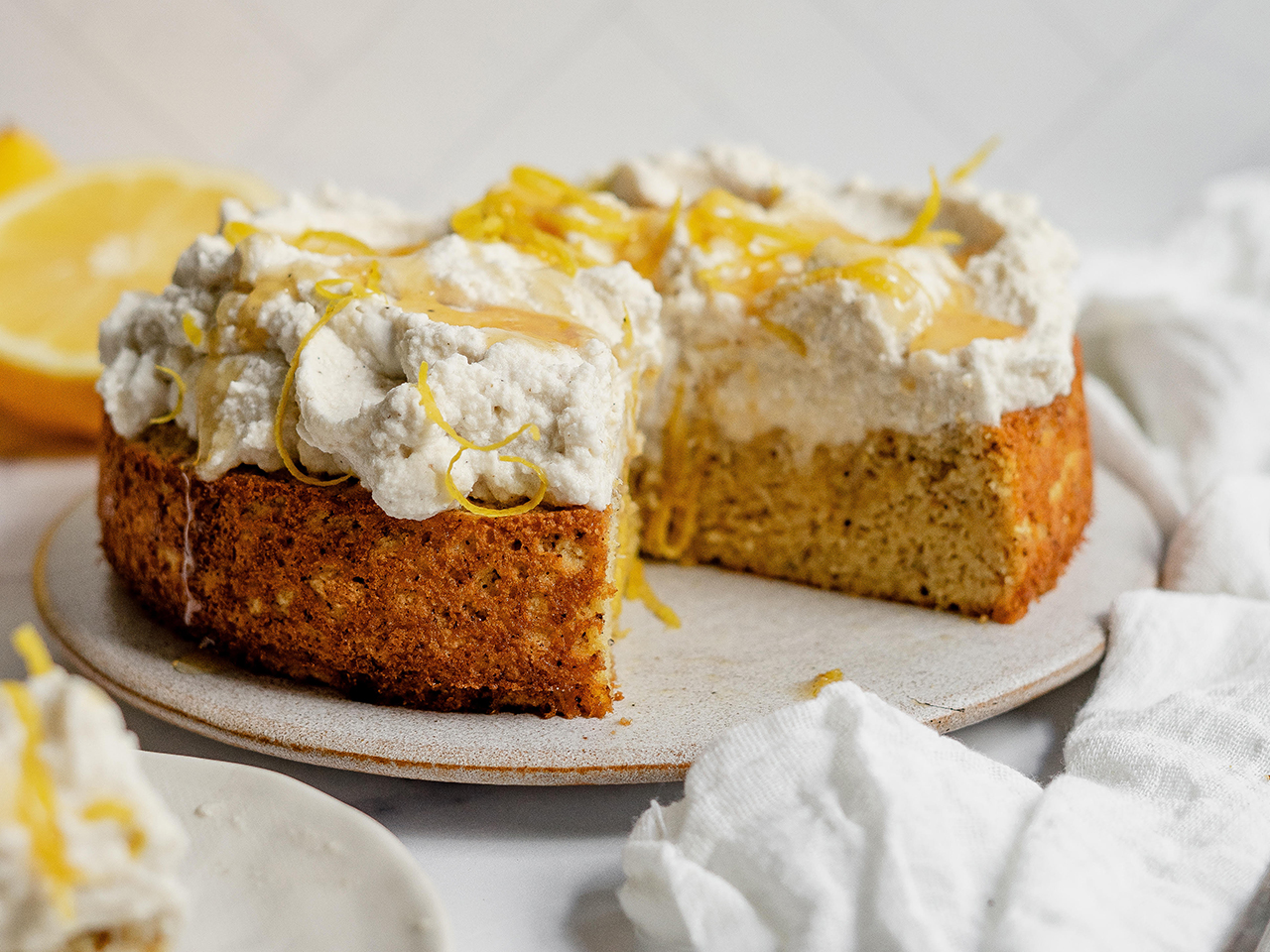