Last year, Temple Sinai leaders wondered how to best show the face of diversity at their Oakland congregation. Finally they got it: Just show the faces.

Hanging on the walls of Temple Sinai’s lobby and Stern Hall are some 80 black and white framed photo portraits of congregational families in all their interracial, interfaith, multigenerational, LGBT, single mom and single dad glory.

And there are plenty of traditional families in the mix as well. In every frame, joy is the defining emotion.

“For me it’s always been important to show diversity in the Jewish world,” said Temple Sinai’s Rabbi Jacqueline Mates-Muchin, who played a leading role in the project, known as Faces of Sinai. “Not just the rest of the world, but right here. It reflects the American community at large.”

Mates-Muchin boasts Chinese ancestry, so diversity is a personal issue for her. In addition, she guesses as many as half of Temple Sinai households are interfaith.

Once the diversity committee green-lighted the photo project, the rabbi worked with Temple Sinai educator Sue Bojdak and project chair Heather Meil to get the word out.

In the interest of ease and consistency, they opted for posed studio portraits over more-natural exterior shots.

Professional photographers (and Sinai members) Amy Perl, Saul Bromberger, Sandra Hoover and Ben Udkow donated their services, so the portraits were done free of charge to participants. All they had to do was sign up.

“Our original thought was to pick 20 and make sure it was a good representation of who the congregation was,” Mates-Muchin recalled. “We ended up with about 80 pictures, and there was no way we could pick. Each was perfect in its own way, so we used them all.”

“I wanted to feel part of a larger Jewish community yet still feel welcome as a lesbian,” says Tregor of her reasons for joining the synagogue eight years ago. “It was a central part of my decision to join. There were families of all different sorts, everyone welcome and everyone visible.”

Still, because Sinai is one of the East Bay’s largest congregations, Tregor worried she would get lost in the crowd.

“It’s easy for nobody to know who you are,” she adds. “Families that have kids in the school have a better chance to know each other. For someone without children, like me, I didn’t have my foot in the door.”

She saw the Faces project as a way to see and be seen. Earlier this year, on Jan. 29 — their anniversary — Tregor and Montgomery went to photographer Amy Perl’s studio to pose.

“We went all dressed up,” she says. “It was a special day, regardless. I liked that [Perl] made us feel we were special. She let us define how we would be comfortable.”

Congregant Dana Fox and her interfaith family posed for a portrait too. Fox, a Piedmont attorney, is flanked by her husband of one year, Paul Langlie, and her 19-year-old son, Sam Fox. But also included in the photo is someone they all consider a family member — Mary Canning, the widow of Craig Fox (Dana’s ex-husband and Sam’s father).“We’re one big happy family,” says Fox, who admits last year was hard, with the sudden death of her ex-husband. “We’re a group through thick and thin.”

She says the diversity of Temple Sinai’s membership is something she has appreciated and enjoyed about the congregation throughout her 23 years of membership.

“I thought this was a great idea,” she says of the Faces project. “My kids are older so we’re not at temple as often as we used to be. It was interesting to see people you knew from one context with their families.

Photographer Bromberger says he was happy to help his synagogue.

“The idea was to convey through photography that we have a really diverse community in the temple,” he says. “Photography can show that well with great portraiture. Esthetically I was trying to get people close together, not look too posed or shmaltzy, but make it real and get real emotions.”

Mates-Muchin is satisfied that the pictures — and the detailed backstories in the captions — tell the story.

“This is a home away from home,” she says of the synagogue, “a place where you have connection to other people and tradition, and not made to feel you have to explain yourself. That’s the feeling people have had as we adjust to the new American reality.” 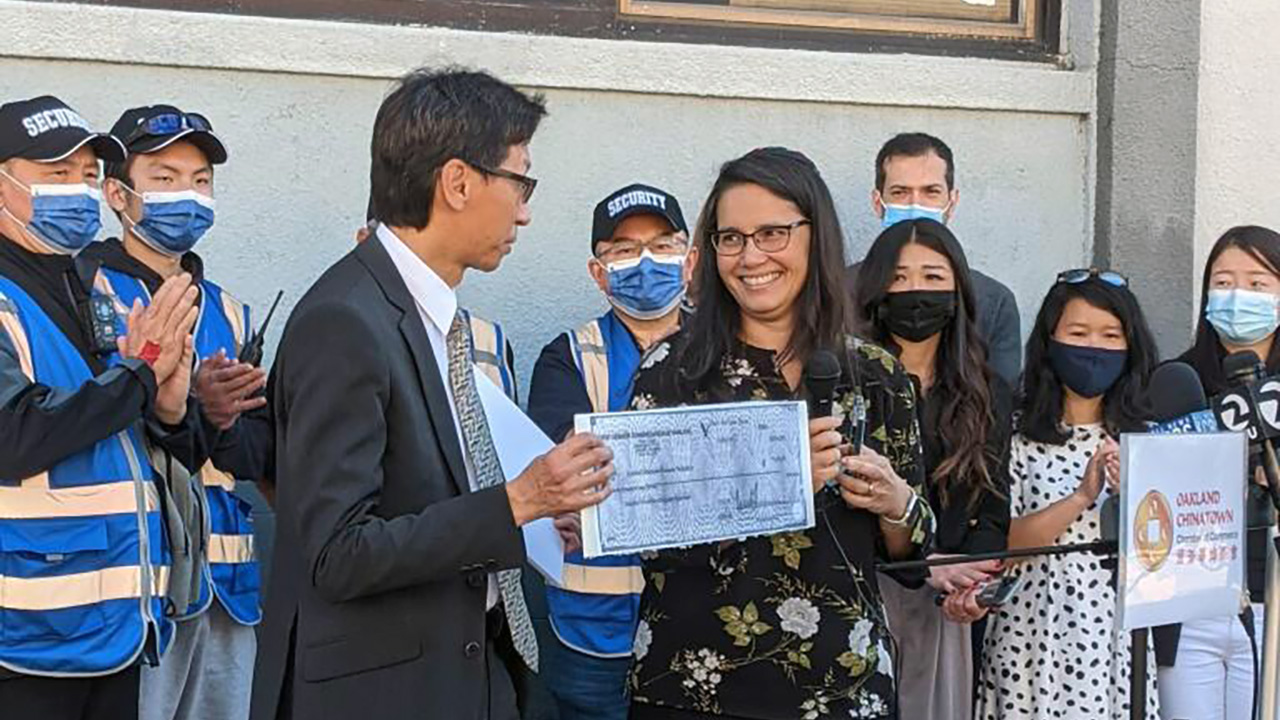