Recharge: A call for unplugging, and reconnecting, on Shabbat

Is nothing sacred? Even at funerals Rabbi David Booth has found himself fixing a baleful stare on some mourner fumbling with a cellphone.

The spiritual leader of Palo Alto’s Congregation Kol Emeth, Booth decries what he calls “the culture of interruption,” typified by ringing phones, pinging video games and other noises of digital life. And he wants to do something about it. Something Jewish.

As Booth points out, Judaism has long offered a cure for the common call: Shabbat, a time of unplugging.

Resting on the seventh day is a biblical commandment, but in today’s high-tech culture, the practice of shutting out the world may offer additional health and emotional benefits — for Booth, another illustration of the timeless relevance of Torah.

“The wisdom of Shabbat is to turn off once a week and set priorities,” he says, “to realize there are a few things we can have off for 24 hours. Technology is great, no question, phones and iPads are incredible tools, but they also create this urgency.”

In recent years, therapists, academics and pundits have advocated taking breaks from technology. In the Jewish world, that clarion call has been sounded recently by Reboot, a 10-year-old, New York–based nonprofit dedicated to inspiring young Jews to explore their Jewish identity.

Since 2009, Reboot has sponsored a National Day of Unplugging every spring, urging people to carve out 24 hours of unelectrified quiet time. For Jews, that day coincides with Shabbat — and a kind of hipster-friendly one, at that. The Reboot project has gotten a lot of national ink, including stories in the New York Times and Huffington Post.

Many Bay Area synagogues have signed up for special programming around the National Day of Unplugging. Some in the community have sought to expand the model beyond one day a year (Shabbat conveniently comes every week, after all). Year-round grassroots unplugging efforts have sprung up, some synagogue-driven, others created by inspired individuals.

In the Bay Area Jewish community, unplugging on Shabbat isn’t just for the observant anymore.

Booth serves a Conservative congregation with different observance levels. He has used his bully pulpit to sell the unplugging message and has regularly reminded people of the same through the temple bulletin.

“Last High Holy Days, my Yom Kippur talk was on this issue, about creating Shabbat as a time we don’t let ourselves be controlled by [technology],” Booth says. “We always created a cellphone-free zone in the shul and urge people to think about the role it plays in their life.”

Wynne doesn’t try to push anyone to unplug. Instead, she says, “I want them to reflect on what can make Shabbat meaningful for them. We talk about the principles of Shabbat and how might you want to experiment with those.”

Among those principles, she mentions family time, getting away from commerce, enjoying the beauty of the world, music, food and internal spirituality.

“I ask people which of these values are exciting to you, and how can you [enhance them],” Wynne says. “A lot of times unplugging is obvious. What keeps them from those things? The iPhone and the computer.”

How do her lessons play out in real life? After three unplugged hours at Beth El every Saturday, Wynne’s students take home the concepts learned in the program, with parents and kids reinforcing each others’ enthusiasm.

One adult participant told her he customarily washed dishes on Friday nights while listening to his iPod. “But when he started doing [the program],” Wynne recounts, “he got off the iPod, and he started singing Jewish songs instead. He said he loved it.”

Another Chug Mishpacha family signed up to provide food for a Havdallah potluck on a Saturday evening, but they were having so much fun in the park — unplugged even from their watches — they lost track of time and arrived late.

Still, the unplugging concept can be a hard sell, even in communities where higher levels of traditional observance might be expected.

At Congregation B’nai Emunah, a Conservative shul in San Francisco’s Sunset District, Rabbi Mark Melamut has noticed that unplugging has not caught on, though some congregants have given it a try.

“While folks take time for themselves, to be in shul, to relax, to enjoy Shabbat, our devices mostly follow us,” he says. “I don’t promote [unplugging] much from the pulpit in terms of ‘you should,’ but I do speak about my experience with it. While traditional, it does seem to be a bit countercultural in our technological age, and I’m hoping over time more and more will see the benefits, and spend more face time.”

Incremental change is just fine with Yoav Schlesinger. He is executive director of Reboot, instigator of the National Day of Unplugging and a fan of grassroots unplugging efforts.

“Our hope was that people would find inspiration to do it as much as has resonance for them,” he says. ”Shabbat was always around, and if people want to unplug for an hour a day or 24 hours, great.”

According to Schlesinger, Reboot’s most enthusiastic community partners come out of the liberal streams of Judaism. He presumes this is because they “want to educate about the notion of Shabbat less from an observance standpoint of halachic prescription, and embracing a more open approach to Shabbat generally.”

He says the roots of the unplugging movement have to do with “providing a Jewish solution to a universal problem of tech addiction. When we have conversations with people, the nervousness, the anxiety, even the notion of turning off these devices for 24 hours, it’s amazing proof of why it’s necessary.”

Abramson got the idea several months ago during services at Reform Congregation Emanu-El. As part of an icebreaker, congregants who didn’t know each other were asked to share one thing they’d done recently that changed their lives.

Abramson’s neighbor told her he had started unplugging for Shabbat.

“I said, ‘OK I’m going to do that, too,’ ” recalls the San Francisco film and TV producer. “It didn’t last at first, and then a month and a half ago, I decided that unless I was traveling, Friday nights I would unplug: turn my phone off and literally put it away.”

Raised in an Orthodox home in Montreal, Abramson says 24 hours without the phone or the computer “enables you to think differently, to really be in the world. It’s much more of a personal relationship with Shabbat. You’re not busy making busy.”

She admits she is normally among those people who look at their phones first thing after waking up, but now she says she looks forward to her weekly island of time away from technology.

Orthodox communities also are not immune from tech addiction, even on Shabbat. Rabbi Judah Dardik of Oakland’s Beth Jacob Congregation accepts it as a reality he must deal with. He says approximately 60 percent of his congregants are “not Orthodox” and that he has to teach about the joys of unplugging.

That’s why he started a bimonthly Saturday morning program he calls Shabbat University. Now in its fifth year, the program targets the 60 percent, which includes a range of people, “from very traditional, [who] might have cellphones on and answer calls but not make them, [to others who] won’t shop online but will check the news on Israel, all the way to atheists who don’t believe in any sort of restriction.”

Participants gather every other Saturday morning at the phone-free shul for what the rabbi calls a learner’s service, a class about prayer followed by a drash (a lesson on the Torah portion and/or a book in the Hebrew Bible) and concluding with Kiddush.

Add up all the time, and Dardik’s students spend more than three hours unplugged.

Shelley Abramson says 24 hours without technology “enables you to think differently, to really be in the world.”

“Now your Shabbat experience has involved these elements of prayer, text and socializing by the time it’s done,” Dardik says. “They had an island of time. Would they have turned off their phones otherwise? I don’t know, but once in the building, that’s what you do.”

As an observant Jew, Dardik doesn’t need any prompting to unplug for the 24-plus hours of Shabbat. But he admits that for “24/6” he is “completely addicted to my BlackBerry.”

“Once a week it’s discipline,” Dardik says. “I have to stop and tell myself, ‘Just let it go.’ It’s healthy for me. I see it in teens, who need Shabbat to learn how to have a conversation face to face.”

Adults need it, too, which is why every Shabbat Rabbi Menachem Creditor of Berkeley’s Congregation Netivot Shalom keeps his synagogue building open until 4 p.m., long after Saturday morning services. He wants congregants to linger, mingle and shmooze for a few hours of unplugged Shabbat peace.

“Synagogues are very good at structured time,” Creditor says. “That might be prayer or learning based, but the amount of downtime has been fairly limited. We don’t know how to be quiet. The big gift of Shabbat is expansiveness, of not being filled up every moment.”

An avid blogger and Facebook status updater, Creditor admits he, too, is a “digital addict.” He says the hardest part of preparing for Shabbat is “putting the phone in a closet.”

“It is really hard to let go of our connecting tools,” he adds. Quoting Rabbi Abraham Joshua Heschel, who died in 1972, he says, “ ‘Shabbat is an armistice from technology.’ He couldn’t have known about today’s frenetic digital pace, but his words are no less relevant. I need ritualized downtime so I can put down my connectivity tools and actually connect.”

Creditor says he soon will reinstitute a Netivot Shalom tradition called “Etzleinu ba’schuna,” meaning “At our place in the neighborhood.” It sorts congregants by ZIP code and encourages them to get together for Shabbat.

He says they could organize kids’ activities, meditation, an adult reading group or just kick it in the backyard. As long as it’s unplugged.

Like Creditor and other rabbis supportive of the unplugging movement, Dardik knows it isn’t easy for people to change. Religious incentives to put the technology on hold often are insufficient, even in an Orthodox community like his.

“I’m looking to help people make connections,” Dardik explains. “I don’t try to get them to be more religious per se, but I try to give them some education, and that’s pretty powerful. Then people decide what they want to do with this idea.”

It isn’t always the wise rabbi who sells the message.

Booth’s 11-year-old daughter, Maytal, taught him a lesson about the importance of unplugging. It happened one night at bedtime when he entered her room, phone in hand.

“I walked in to tuck her in,” Booth recalls, “and she said ‘You’re not going to be one of those dads who looks at the phone and not me.’ Shabbat reminds me I don’t need to bring the darn phone everywhere I go.” 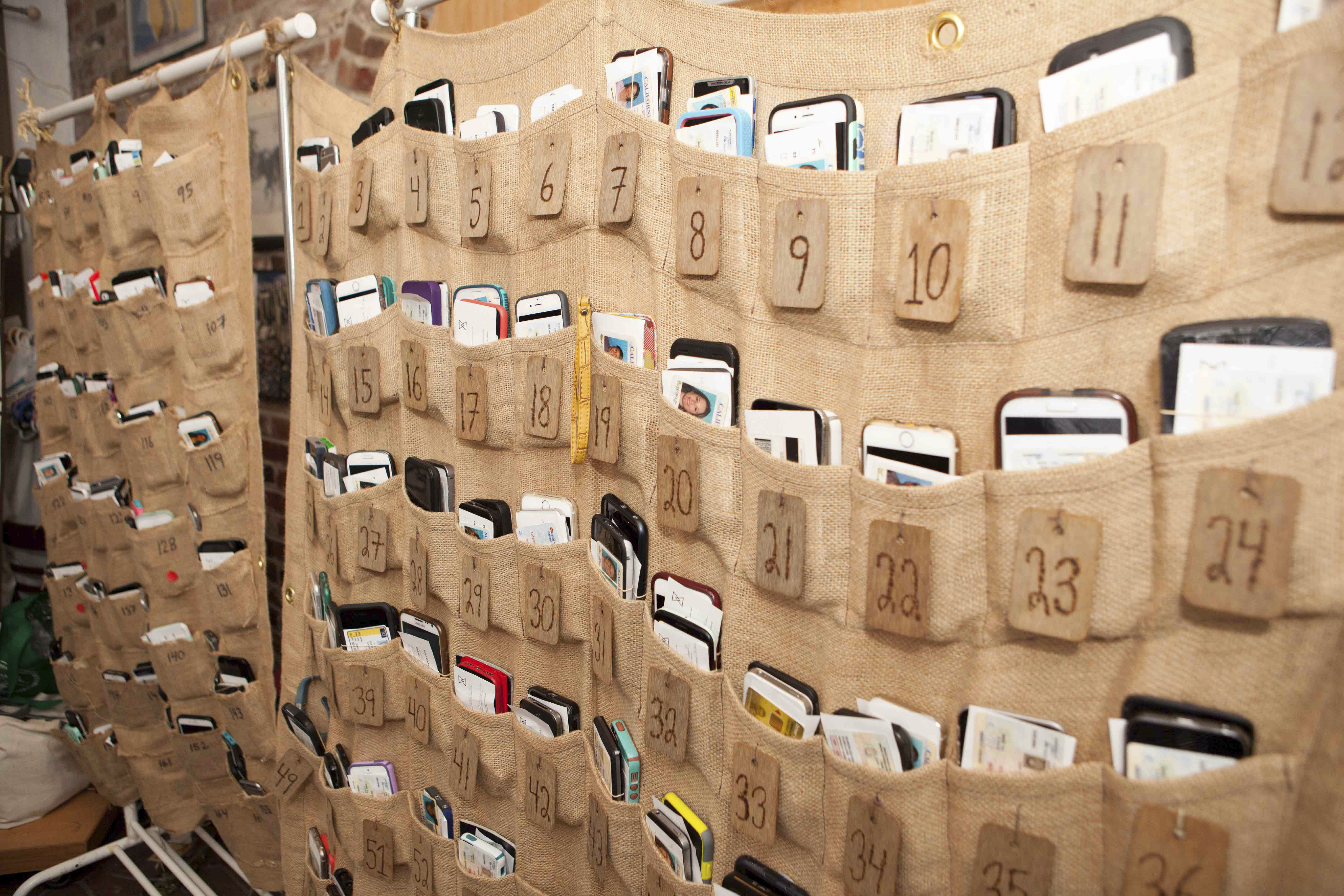 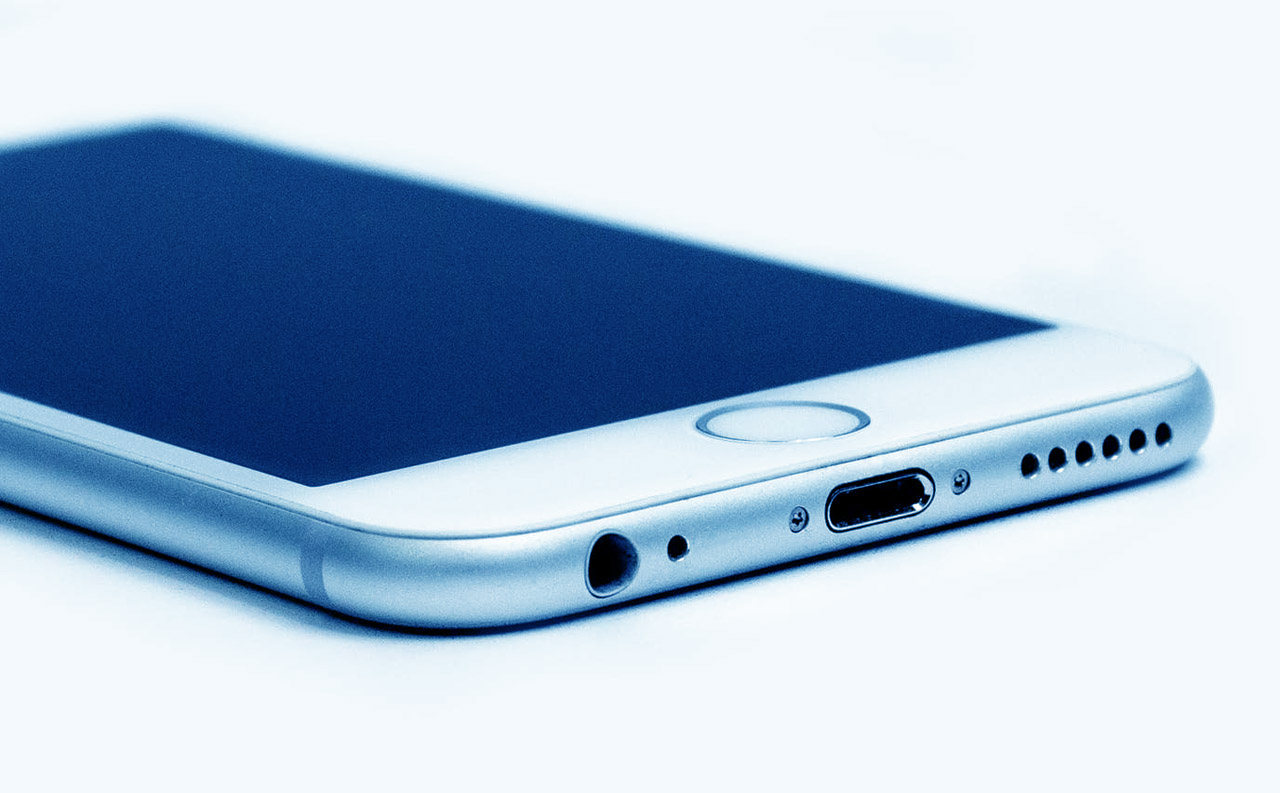