Photos of Polish Galicia a window into prewar Jewish life

Just 50 miles from the world’s most infamous Nazi death camp, the city of Krakow, Poland, is “always in the shadow of Auschwitz,” says Jakub Nowakowski, director of the city’s Galicia Jewish Museum.

“And true, Galicia is a place that has a lot of stories about death … but what people may not realize is this place was at one time the absolute center of Jewish life,” he says of the region on the Polish-Ukrainian border, where Jews spoke Yiddish and comprised 10 percent of the population until the early 20th century.

“Traces of Memory,” the museum’s keystone exhibition, tells the story of the Jewish area through contemporary photographs of historic sites. It’s broken into five sections, each representing a way of approaching Polish Galicia: “Jewish Life in Ruins,” “Jewish Culture as it Once Was,” “The Holocaust: Sites of Massacre and Destruction,” “How the Past Is Being Remembered” and “People Making Memory Today.”

A traveling version of the exhibition arrived in the Bay Area this week at the Osher Marin JCC in San Rafael, where it will be on display through February. Scheduled for the Dec. 6 opening reception were a speech by Nowakowski, klezmer music and Eastern European “soul food” from the Old World Food Truck.

For 800 to 900 years, says Nowakowski, the historic Austro-Hungarian province of Galicia was the epicenter of Jewish culture. “The idea with this exhibit is for people to see beyond the destruction,” Nowakowski says, “to see this world that once existed.”

The bulk of the exhibition is taken from the works of two British researchers: photographer and museum founder Chris Schwarz and scholar Jonathan Webber.

Schwarz, who died in 2007, was a photojournalist who became entranced by Poland’s Jewish history after visiting Eastern Europe in the early 1990s. He began trying to uncover more about his Polish-Jewish heritage, visiting cemeteries, former synagogues now used as municipal or residential buildings, and the ruins of religious schools. What began as a personal interest turned into a decade of trips throughout the region; he took more than 1,000 photographs, says Nowakowski.

Nowakowski describes Webber as one of the first academics doing research on Jewish life in Galicia; when he met Schwarz in 1993, they decided to collaborate and traveled for several years together, eventually producing a book of writing and photographs (“Traces of Memory”) that became the foundation for the exhibit.

Schwarz helped to found the museum in 2004. Webber serves as chairman of its board of trustees and is also a professor at the Institute of European Studies at Jagiellonian University in Krakow. He was previously UNESCO professor of Jewish and interfaith studies at the University of Birmingham.

Nowakowski, a Krakow native and historian, estimates that 95 percent of the museum’s 30,000 yearly visitors have either come directly from seeing Auschwitz or will go there soon after their museum stop. In that context, he says, the museum offers people new images and fresh narratives about Polish Jewish culture.

“Some of the images of former synagogues are stunning — there are some that are being used today as furniture stores or fire stations. But there are also synagogues that are being restored by the local Jewish population,” he says. “And that is another story we want to tell: How is the landscape of modern Poland changing? How are people choosing to commemorate this part of history? One of the things we’re seeing is Jews from other countries coming to Poland and winding up staying here because of the connections they feel to the history and culture.”

Poland’s Jewish community, including those who claim Jewish roots, is anywhere from 3,000 to 20,000 people out of a total population of 38 million. Before the Holocaust, Poland had 3 million Jews.

Though the exhibition has been shown in Southern California, this is its first trip to the Bay Area, something made possible with support from the Koret Taube Center for Jewish Peoplehood and the Polish Consulate in Los Angeles. Visitors to the JCC will see 42 color photographs representing selections from each portion of the exhibition — photographs that commemorate Poland’s history of tragedy, as well as those that look to the future.

“For the first time in many years, I think Poland is a place for Jewish hope,” adds Nowakowski. “It doesn’t mean there are no problems, or that there’s no anti-Semitism … but I would say Poland is one of the few countries where Jews are looking into the future with optimism. We hope as many people as possible will get a chance to come and visit and see it with their own eyes.” 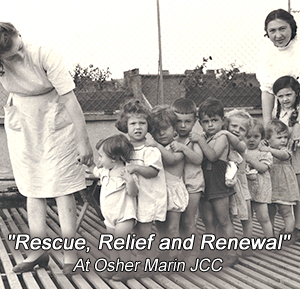 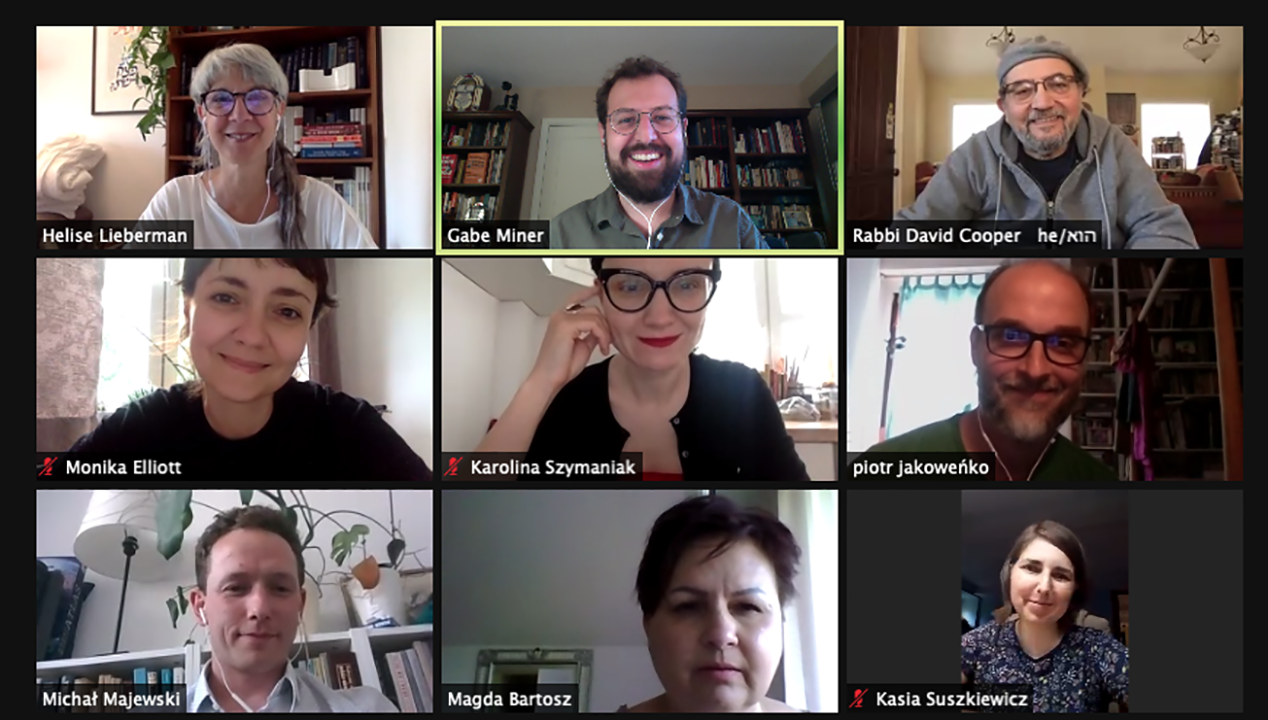