It was 20 years ago that Len and Libby Traubman first opened their San Mateo home to a group of local Jews and Palestinians for coffee and dessert. Included in that initial group were Elias and Fanny Botto, a Palestinian couple who lived right up the street from them.

While peace between Israel and the Palestinians seems no closer now than it did in 1992, the Jewish-Palestinian Living Room Dialogue Group still continues to meet monthly; in fact, it has now met 414 times. Quite a few of the current participants are original members and some are newer arrivals. But no matter how well they know each other — and each other’s opinions — they still feel the need to keep talking, and more importantly, listening.

Leticia García Villaluenga, who is Catholic with Sephardic Jewish roots in Andalusia, tells her story at the Dec. 2 event. photos/dennis kennedy

“I go for my sanity,” said Arnon Moscona, an Israeli American who has been a regular attendee since 1997. “The conflict is so dominated by politicians who drag everyone to extremes. The group gives me a touch of sanity. If you want anything, you need to do something about it. Peace doesn’t come without work.”

On Dec. 2, Moscona joined together with about 120 people — a mix of Jews, Palestinians and others — at St. Ignatius College Preparatory School to mark the dialogue group’s 20th anniversary. Many of the group’s original members were there.

The participants ate Middle Eastern food and viewed a new film about the group’s two decades of breaking down barriers.

One of those barriers is, certainly, viewing the other side as “other.”

Nazih Malak, a Muslim who is half Palestinian, half Lebanese and grew up in Lebanon, described how, in the mid-’90s, he read an op-ed in the San Jose Mercury News by Len Traubman. He couldn’t believe that a Jew would write about reconciliation with Arabs. He sent Traubman an email with his phone number, not expecting to hear back and was shocked when Traubman called to invite him to dinner. Malak accepted, but when the day came, he decided he did not want to eat at the home of a Jew. Traubman called to ask why he hadn’t arrived, and Malak had his brother say that he was sick.

A few days later, Traubman called back. “I hope you’re feeling better,” he told Malak, adding, “So when can you come for dinner?”

That dinner led Malak to join the dialogue group, in 1998.

This story illustrates what the Traubmans say: While citizens may not be able to affect negotiations between politicians, what they can do is change human relationships. To the Traubmans, that often means reaching out and refusing to take no for an answer.

Five years ago, the Traubmans recruited a young Palestinian Muslim college student, referred to them by a Palestinian who was a member of their dialogue group.

She had called the Traubmans to tell them that a young man from Gaza had just arrived in the Bay Area to attend college. Did they want to meet him?

The Traubmans drove straight to him.

“When I got here, I wanted to leave the conflict behind,” recalled Mohammed, who didn’t want his last name used in this article to protect his family in Gaza. “I wanted to focus only on school and work.” But the Traubmans and the Palestinian woman who recommended him were persistent. Mohammed described his first meeting with the dialogue group as very uncomfortable.

“The only Jews I had met before were Israeli soldiers, and so I had no reason to trust Jews,” he said.

But he continued to attend.

Mohammed said he has lost nine family members as a result of the conflict in Gaza over the past five years, and he also said most Palestinians share a similar story. But unlike them, Mohammed was able to share his pain and anger with the dialogue group, talking it through with others who were also deeply affected by the conflict and who, like him, wanted to see it end.

He called the Traubmans “his adopted family” and said, “It feels really good to transfer all the hate into something positive.”

When asked whether his own family knew he now had Jewish friends he considered “family,” he replied, “My mother and my brothers know. But I can’t tell anyone else back home. I can’t tell people whose homes have been demolished and whose fathers are in jail that I’m working with Jews toward peace. They need to feel it themselves.”

Palestinian American Paul Totah, director of communications at St. Ignatius, used to participate in a San Francisco dialogue group. Even though that group disbanded, the experience left its mark; he enlisted the help of French teacher Shelley Friedman (who is Jewish) to co-facilitate a dialogue group at St. Ignatius that has drawn as many as 30 students at one time, including Jews, Palestinians, Persians and others.

Active for about a decade, the group meets every Tuesday during a break in the school day, and has some after-school events as well, such as watching the comical but impactful short film “West Bank Story” and dining together at a Middle Eastern restaurant.

During the conflict between Israel and Gaza last month, Totah and Friedman had the students in the group research the perspective of the other side and report to the class on it.

“We’re not there to figure out who’s the biggest victim or the biggest aggressor,” said Totah, “but how to be [an advocate] for everyone.”

He continued, “Ultimately, the Palestinians know that Hamas rockets raining down on Tel Aviv isn’t a good thing. And the Jews know that the current situation is untenable.”

Over the past 20 years, the Traubmans said they have sent out 13,000 instructional DVDs about how to start a dialogue group to all 50 states, to 82 countries and to 2,500 institutions in 2,200 cities around the world. While being the face of intercultural dialogue has become a full-time job for the couple — in 2010 they traveled to Nigeria to help a group there start a Muslim-Christian dialogue group, for example  —Len Traubman told the anniversary gathering that everyone there has a role to play.

Nahida Salem, one of the original dialogue group members present, who is a Christian Palestinian, told the gathering that she spends six months a year in her native Ramallah, in the West Bank, and six months in San Mateo.

“When I go back to Ramallah, I lose hope,” she told the group.

Later, in a private conversation, she said she has used her status as a U.S. citizen to travel to Israel, where she often talks to young Israelis on the beach. Some, she said, have told her they would like to see a dialogue involving young Palestinians and Israelis, but she also said it’s impossible for such a meeting to occur anywhere in Israel, Gaza or the West Bank currently because of border restrictions.

Northern California and the Traubmans’ living room are, Salem said, an oasis in the madness.

“When I come back here and come back to the dialogue group, I feel hope again,” she said.

Hugging the Traubmans, she said, “These two, and all they do, give me hope.” 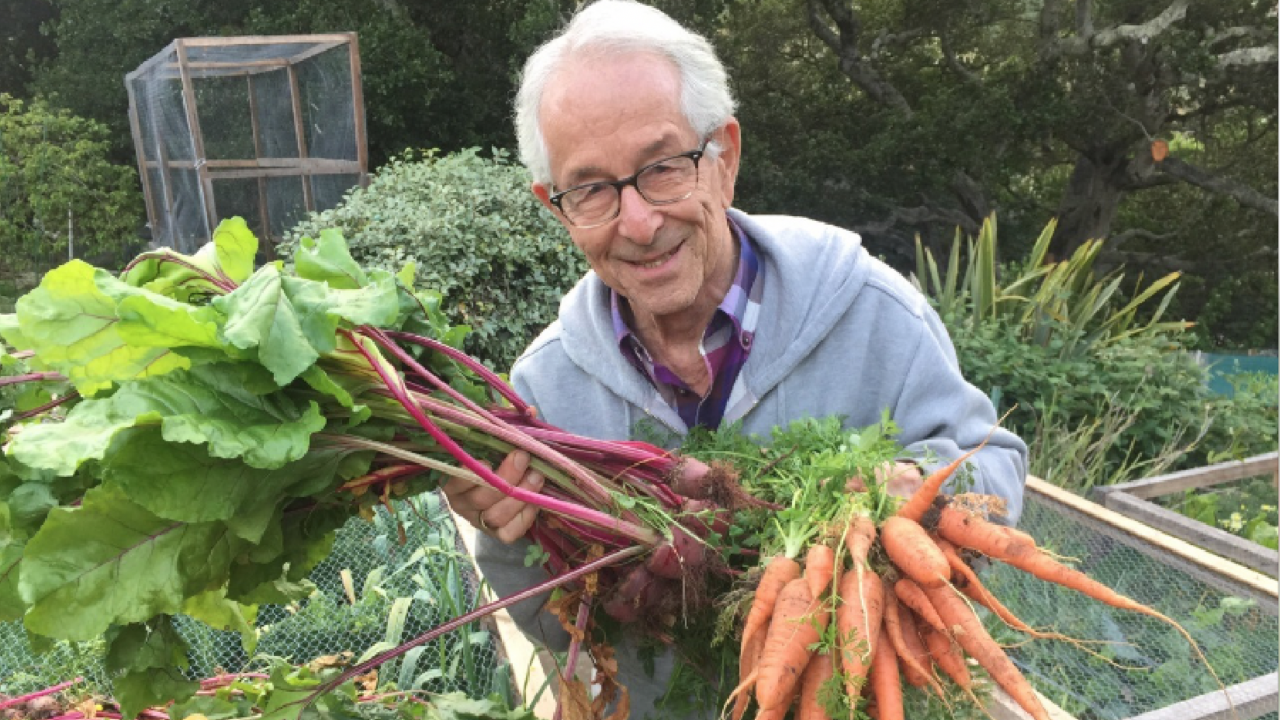 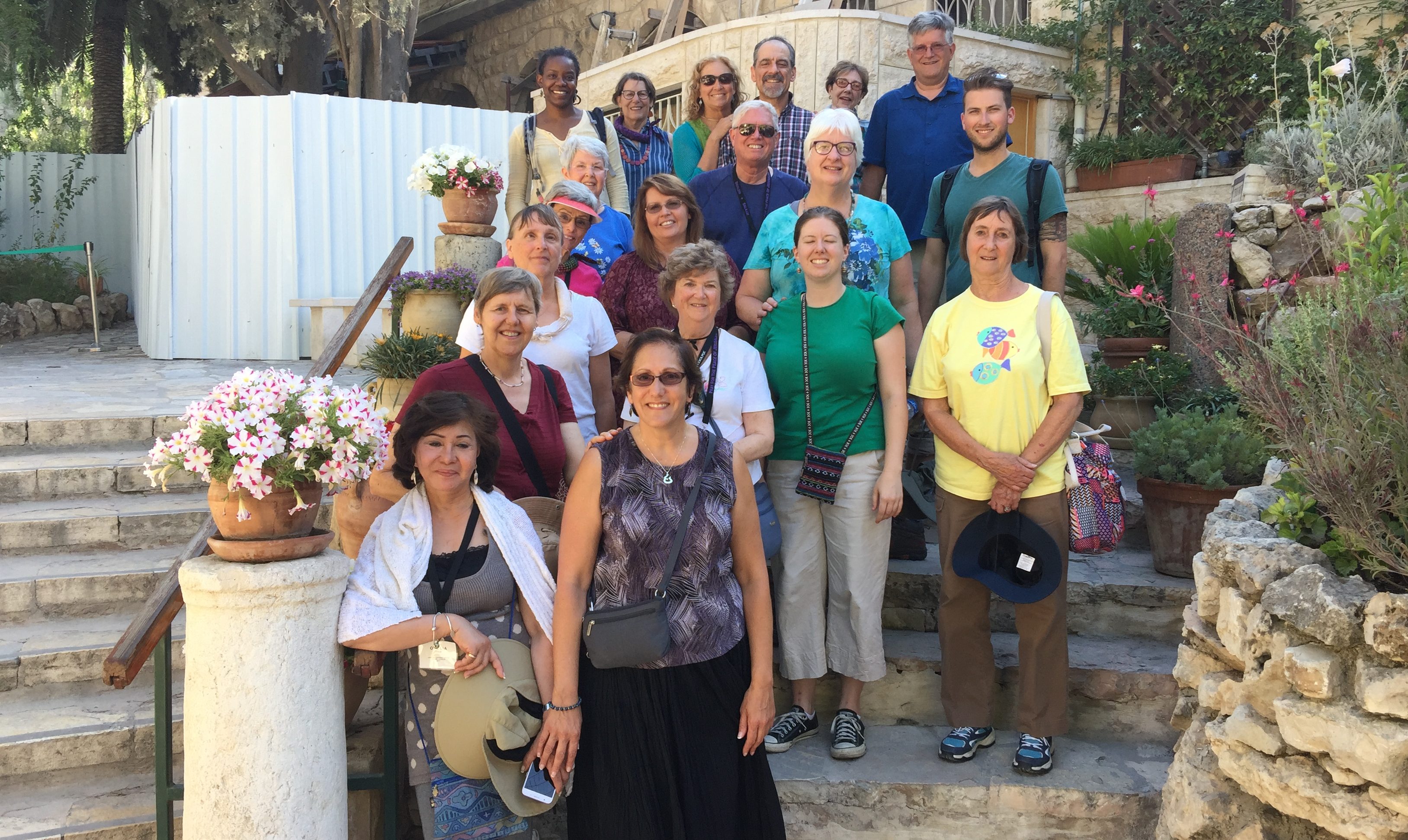 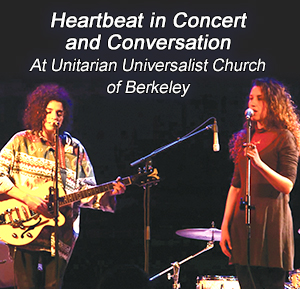