Baking his way to Holocaust remembrance

Mandelbrot, mandelbroyt, mandel bread — no matter how you spell it, the traditional Eastern European twice-baked cookie conjures up cozy memories for many Jews: Everyone’s bubbe made it the best.

It’s fitting, then, that Holocaust survivor Ben Lesser began baking the treat in order to ensure that people remember the past.

At the Fancy Food Show that took place at San Francisco’s Moscone Center this week, the table for Papa Ben’s Kitchen — stacked with free samples of five flavors of mandelbrot — resembled many of the other 1,300 booths at the sprawling food industry trade show.

Survivor Ben Lesser, 84, and his wares at the San Francisco Fancy Food Show

But for Lesser, the 9-month-old family-run business is just a nibble of the story.

As important as the baked goods, Lesser said, is the fact that a portion of the company’s profits go to support his true passion: Holocaust education.

Born in Krakow, Poland, in 1928, Lesser was one of five children; his father, Lazar, owned and operated a chocolate factory. In 1940, as the Nazis were coming to power in Eastern Europe, the family relocated to a smaller village, where the elder Lesser made ends meet by baking pretzels and cookies that he sold to local bars.

In the years that followed, after the Nazis invaded Hungary (where the family had fled), Lesser was separated from his family and spent time at Auschwitz,  Durnhau (a labor camp) and Dachau, the concentration camp from which  he was liberated at age 16 in April 1945. Lesser and his sister Lola were the only surviving members of the immediate family; at 18, he traveled to Brooklyn to be reunited with her. Lesser eventually settled in Los Angeles, where he found a nice Jewish girl (his wife and current business partner, Jean) and enjoyed a long career in real estate.

“I didn’t talk about my experiences for many years,” Lesser, 84, said during an interview in San Francisco on Jan. 20. “For so many Holocaust survivors, it’s too difficult. It brings back too many memories. My kids knew I  was a survivor, but I didn’t talk about the gory details.”

That all changed when his grandson Adam invited him to speak to his fifth-grade class. Lesser told his story, and the reaction from the students was so moving that Lesser realized he had to keep telling it. He began speaking to schools and groups in Southern California and in Las Vegas, after he and his wife retired there.

“There are so few of us left who can talk about it,” he said. “My thinking is, we must keep this world from acquiring amnesia.”

Lesser’s words take on added significance this week, as Sunday, Jan. 27, is the United Nations’ International Day of Commemoration in Memory of the Victims of the Holocaust.

Lesser is the founder of the Zachor Holocaust Remembrance Foundation, a nonprofit that promotes “Holocaust education, remembrance and tolerance of and for all people.” The organization, which he founded in 2009 after meeting with various survivor groups and officials at the U.S. Holocaust Memorial Museum, films survivors telling their stories for use in schools and coordinates speaking events. It also makes and distributes metal pins with zachor (remember) spelled out in Hebrew.

After trying to figure out ways to help support the organization, Lesser, who began to enjoy baking after retiring, got the idea for Papa Ben’s Kitchen in 2010. His daughter, Gail Lesser-Gerber, is the company president and his granddaughter Jenica does the marketing. All three were present at the company’s booth at the food show.

“I wanted my family to continue the Zachor Foundation in perpetuity, but it takes money to run,” Lesser said. “That’s when it came upon me: What did my father do when he had nothing left? He started to bake. He did it out of necessity.”

Lesser’s mandelbrot (Yiddish for “almond bread”) is made using his father’s recipe, though neither man ever wrote their recipes down. To get something on paper for the launch of Papa Ben’s in April 2012, Gail and other family members watched Ben bake and took notes.

Papa Ben’s has five flavors, some with twists like lemon and poppyseed, or ginger and dark chocolate with a hint of chipotle. Produced at a bakery in Southern California, the mandelbrot are dairy-free and kosher, and each box features the Lesser family story — a super condensed version of Lesser’s 368-page 2012 book “Living a Life That Matters: From Nazi Nightmare to American Dream.”

For now, the “Jewish biscotti” (as the Lesser clan described them to thousands of food-show attendees who stopped by the booth) are available only through www.papabenskitchen.com and at some Los Angeles and Las Vegas area grocery stores. The family hopes to expand to Bay Area stores soon.

“It’s a labor of love,” Lesser-Gerber said, explaining her passion for the company. “It’s not just a cookie, it’s a family. It’s our story.” 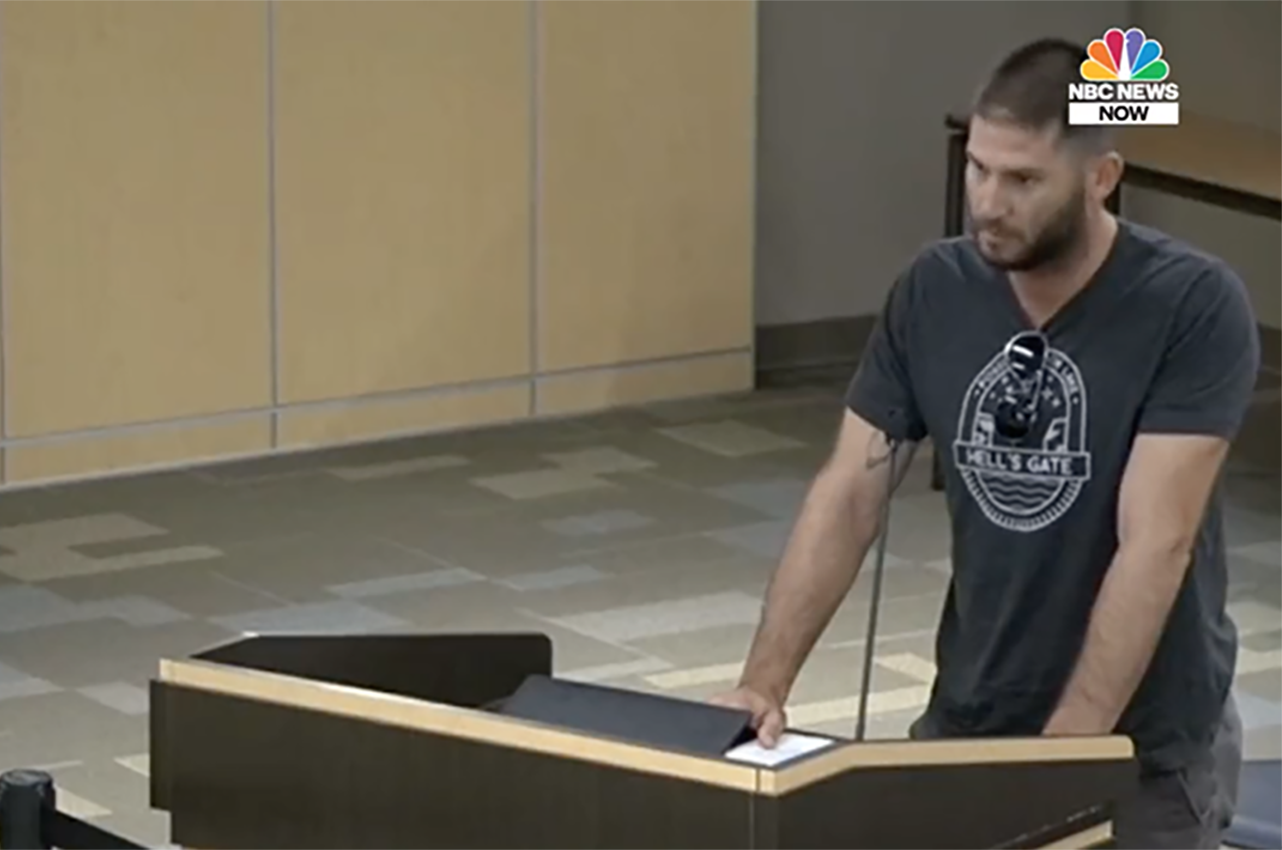