Celebrations | In this case, two weddings are better than one

In 2009, as Miriam Schwartz and Babak Kanani were dancing together at Schwartz’s goodbye party before leaving for Israel, she had a premonition: He was her future husband. She turned out to be right, but it took them a few twists and turns to get there.

The two first met at a Shabbat dinner in Jerusalem in 2006. Schwartz was in her junior year abroad at Hebrew University, and Kanani was studying at Pardes, a coed yeshiva. They became friends, but once they returned to their lives at home in the U.S. they lost touch.

Fast forward three years. They saw and instantly recognized each other at a Sukkot party in Brooklyn, but Schwartz had forgotten Kanani’s name, calling him “Bobo” by mistake. It is a nickname she uses to this day.

Miriam Schwartz and Babak Kanani were married on a mountaintop in Sonoma County. photos/gabriel harber

A month later, Schwartz was leaving for graduate school in Israel and was having a goodbye party. It was at that party when she had the premonition, but she then left for Israel while Kanani finished medical school in New York.

Schwartz returned to New York and asked a friend from the sukkah gathering how she could find Kanani; she was having a birthday party and wanted to invite him. Her friend, who was in-between housing situations, replied: “I’m staying on his couch right now. Let’s go to his apartment and you can surprise him.”

Kanani was indeed surprised. And that’s when their relationship truly began. He swapped shifts so he could make it to her birthday party. They spent a few days together, but had to go back to their lives in separate places. They decided to go to Burning Man together, and there, on the playa, they fell in love. And then, once again, separated.

Soon after, Schwartz decided she’d had enough: This long-distance thing wasn’t working for her. She bought a ticket to visit Kanani for two weeks in New York — and showed up with two huge suitcases. Rather than have the “Should we move in together?” conversation, she found a job and stayed. He didn’t mind.

In February 2010, they moved to Berkeley and by July they were engaged.

Schwartz and Kanani at their “second” wedding in Piedmont.

Kanani, 33, is an internal medicine physician at Sutter Health in Oakland, and Schwartz, 28, is the director of experiential learning and youth group adviser at Congregation Kol Shofar in Tiburon, and teaches religious school at Congregation Beth El in Berkeley.

Their challenge in wedding planning was how to reconcile the expectations of his Persian immigrant parents in Los Angeles — where the Persian Jewish community is used to attending extravagant 500-person affairs in hotel ballrooms — and their own desire for a smaller affair in a more natural setting.

Their answer? Have two weddings.

On the weekend of Aug. 17, about 100 of their friends joined the couple camping at Ocean Song Farm & Wilderness Center, a 36-acre retreat center in Sonoma County. The couple’s mothers both camped out with them, but their fathers chose to stay home.

They celebrated Shabbat in community together, and afterwards held a ceremony on a mountain top at sunset, in which they did the traditional “tenaim” ritual, in which their mothers break a plate together. (In ancient times, this ceremony marked an agreement on a dowry and other financial arrangements between the two families.)

Zelig Golden and Sarai Shapiro, both leaders in the Wilderness Torah community, of which Kanani and Schwartz are a part, led the ceremony, along with a friend of Schwartz’s. First, the men and women gathered separately; the women braided Schwartz’s hair and sang songs. As the sun set and the clouds rolled in, the couple were led in a spiral dance to each other, with men drumming and friends carrying their chuppah.

Afterward, everyone celebrated at a country-style hoedown with the Bearded Ladies, a group of musicians who are regulars at Camp Tawonga.

On Aug. 23, the couple were married in a more traditional Jewish ceremony at the Piedmont Community Center, officiated by Rabbi Menachem Creditor of Congregation Netivot Shalom. For most of the Persians in attendance, it was their first time at an outdoor wedding.

Schwartz’s mother, an artist, created their ketubah. In Persian-Jewish tradition, both families sign the back of the ketubah; at this wedding, all guests at the ketubah signing were offered the chance to add their signatures to the back of the marriage contract.

And in a Berkeley touch of this “Persian hippie-fusion wedding,” as the bride called it, the food was organic and local. A friend of the bride made raw wedding pies out of cacao, dates, avocados and pomegranates. 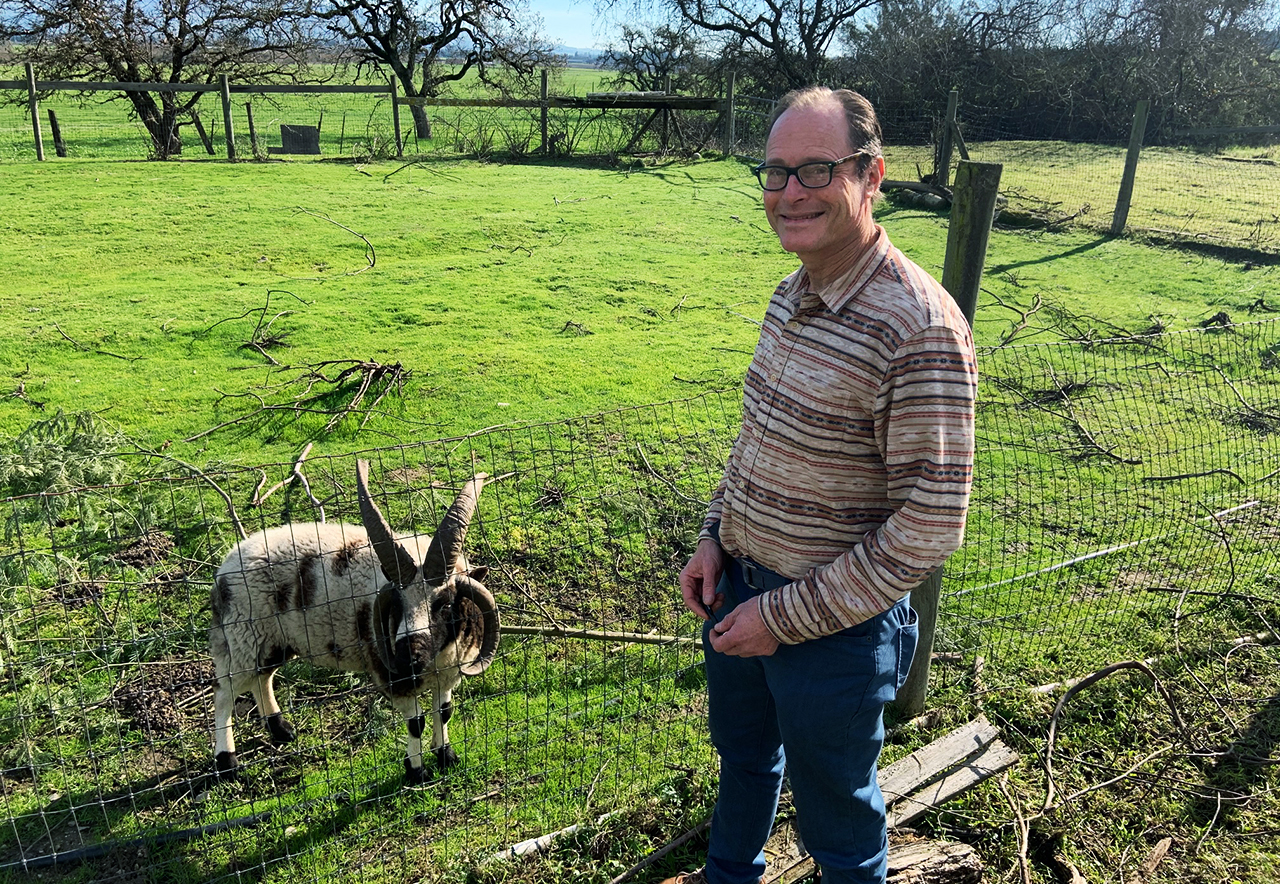 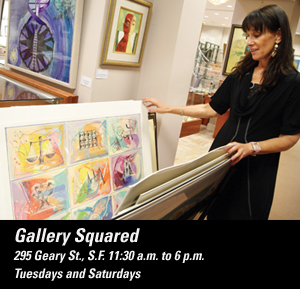