Fancy foods, ancient grains and everything in between

When Casey Baruch Yurow attended a Tu B’Shevat seder that featured the seven species mentioned in the Torah, he had a brainstorm: a seven-species seder that celebrated the ancient fruits and grains — fig, olive, grape, wheat, barley, date and pomegranate — with different kinds of alcohol.

Yurow, a home brewer and director of education at Urban Adamah in Berkeley, led a full tent of participants in just such a Tu B’Shevat seder last month, featuring his own Eyn Sof Brewery vanilla and cardamom ale, fig-infused rum (recipe below), date-infused whiskey, and wine. “Not for the timid,” said the promotional materials.

The meal, catered by newcomer Julia Braun and her company Hugs & Knishes, began with a fig and caramelized onion tapenade on a carrot chip to go with the fig-infused rum, and the evening proceeded from there.

Accompanying the food and drink pairings were presentations by several of the attendees, who had been asked in advance to prepare a teaching about one of the seven species.

One woman read selections from her made-up diary loaded with double entendres about the first time she ever “experienced” dates (both the fruit and the mating ritual), to great hilarity. Yurow led the group in a meditation on a barley seed, taking participants through the harvesting, threshing, winnowing, malting, soaking, toasting, tea-making, boiling, yeast-adding, fermenting, carbonating and then, finally, to drinking what was in front of them.

Yurow also offered that Eyn Sof Brewery can be commissioned to brew for events and festivals. To reach him, send an email to [email protected]

Recipe for fig rum
Slice open 12 to 16 ounces of dried figs to make sure there aren’t any bugs inside. Put them in a blender with a 750 ml bottle of whatever brand of rum you like and blend thoroughly. Put in a large Mason jar and let sit for at least a week, shaking every day. (You can actually leave it up to a year, but one week is enough.)
Pour liquid through cheesecloth, squeezing out all liquid from the figs. Discard cheesecloth. You can either drink it as is, or cut it with a bit of water and/or spiced organic apple cider. Chill and enjoy.

AT THE FANCY FOOD SHOW: Although 14 countries, including Germany, Italy and Japan, had entire aisles at the huge Fancy Food Show at Moscone Center last month — featuring booth after booth of their products — Israel did not set up such a unified front.

Robin Béquet of Béquet Confections at the Fancy Food Show in January.

But that doesn’t mean the Holy Land was not represented at the annual show, run by the National Association for the Specialty Food Trade (NASFT), at which more than 1,300 vendors promoted their products.

One Israeli booth that stood out was “Fruit of the Land,” with five labels to promote: Tishbi Wine and Fruit Preserves, Beit-Yitzhak 100% Fruit Spread, Aunt Berta’s Handmade Foods, Ein Harod Pure Raw Honey and Lamdani Premium Honey. Interestingly, while the names “Beit-Yitzhak” and “Ein Harod” obviously are Israeli products, any “Made in Israel” labels or signs were nearly undetectable.

“We don’t want to be pigeonholed in just the kosher market,” explained Michael Kurtz, who represents the group. The Toronto-based Kurtz proudly showed me two products, a cabernet onion spread and a cherry shiraz one, both made by Tishbi, that took a gold and silver award, respectively, in the NASFT competition in 2012.

CARAMELS FROM MONTANA: One of the booths at the Fancy Foods Show was Béquet Confections. The owner is an observant Jew making prize-winning caramels in Bozeman, Mont., certainly something you don’t hear about every day.

Robin Béquet told me how when she burnt out after 20 years in high tech, her friends and family convinced her that her caramel-making skills could rival anything on the market. Numerous awards and taste tests later, that appears to be true. Her company has 30 employees and regularly introduces new flavors like chipotle and coconut.

KOSHER AGENCIES ON HAND: Representatives from the kosher-certifying agencies were a visible Jewish presence at the show.

Rabbi Eli Lando, chief customer relations officer of OK Kosher, told me he comes to talk to manufacturers about what is entailed in becoming kosher-certified. He’s on the lookout for larger companies, usually snacks or beverages.

“The kosher consumer wants more variety, and we’re looking to expand the kosher market,” he said.

Representatives of Kof-K and Star-K agreed, and though I was told the Orthodox Union was there as well, I didn’t run into them.

The traditional garb worn by religiously observant Jews stood out in the foodie crowd, attracting notice from curious onlookers. One kosher representative fielded bewildering questions, like what was he wearing on his head (a kippah) and did he believe in Jesus (no). n 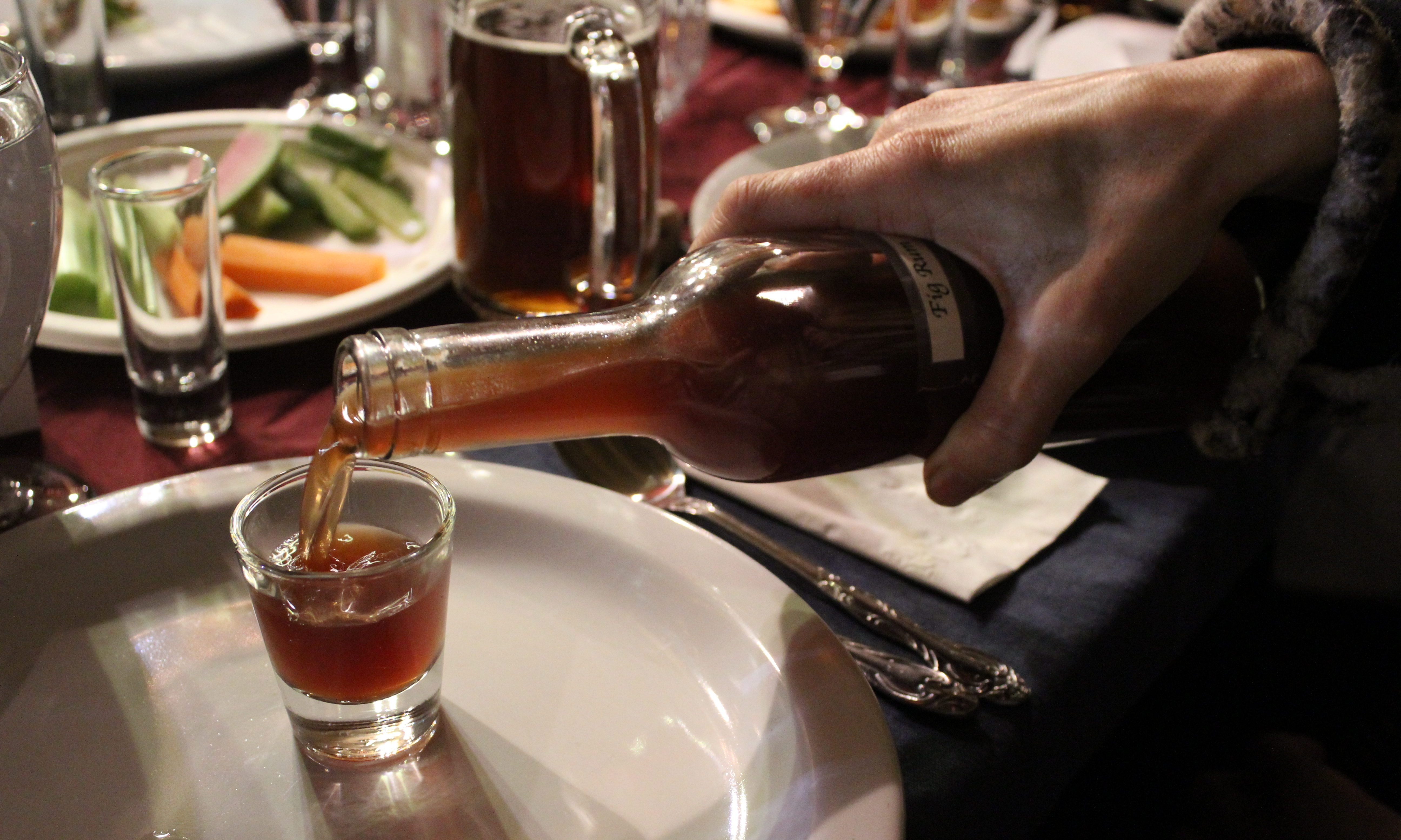