The Organic Epicure | Its no crock: S.F. womans father was an inventor extraordinaire

Every two weeks or so, Lenore Naxon gets an alert on eBay that another one of her father’s inventions, or a photo of one, is up for sale.

“Sometimes they’re things I already have or they’re too expensive or I’d have to shlep across the country for them, but every once in a while, I get a page from a catalog from the ’30s or a photo,” like when the Chicago Sun Times sold some photos from its archive, and she jumped to add to her collection.

On the day I visited her Richmond District home recently, Naxon, director of the Eugene and Elinor Friend Center for the Arts of the Jewish Community Center of San Francisco, had displayed enough of her father’s inventions to make a small museum. And she called it one.

There were bowls made of green “depression glass” with lids for different uses, such as one with an egg-beater attachment. There was “Dolly Duds,” a washing machine for doll clothing. And then there were several versions of what came to be later known as the Crock-Pot, or Slow-Cooker.

Naxon’s father Irving Naxon (né Nachumsohn, he came up with Naxon by “exing out the middle,” said his daughter), a resident of Chicago, had a total of about 200 patents to his name. The Crock-Pot might be his best-known invention, but he also invented what’s known as the “Zipper” in Times Square — a telesign, which transmitted data by telephone to an electric sign.

And while Naxon’s family was not so food-centric — “it was the Midwest,” Naxon said by way of explanation — all Irving Naxon had to do was hear of a problem and he’d come up with a solution. Naxon, who began his career as a telegrapher for the Canadian Pacific Railway, began making clocks and radios, but later, he started improvising electrical devices.

He obtained a certificate in electrical engineering from correspondence school. When he started inventing things, he couldn’t afford a patent attorney so he studied and got his patent agent license, which entitled him to work with the patent office to register his patents.

Nothing bothers his daughter more than people who, upon hearing that her father invented the Crock-Pot, say, “Wow, you must be rich.”

“Why couldn’t they ask me, ‘What was it like to live on a daily basis with such a mind?’” she said.

Naxon answers her own question: “He constantly had ideas. He had the gene of figuring out how to do something.”

And actually, it makes perfect sense that the Crock-Pot was invented by a Jew. Irving Naxon had heard the stories of how when his mother, Tamara, was young, growing up in a shtetl in Lithuania, her mother would send her to the bakery with a crock full of fixings for cholent. She would leave it there Friday afternoon, so that the remnant heat would cook it over Shabbat, and then she’d be sent to pick it up, and the cholent would be ready.

“He heard the story, and thought ‘How can I create something with a slow-cooking heating element all the way around it, and is self-contained,” she said.

He called it the Naxon Beanery, and sold it mainly to luncheonettes and coffee shops, which used it for soups and chili.

The Naxon Flavor Crock listed international dishes you could cook in it, such as Irish Stew, Chinese Chop Suey and Kosher Gefilte Fish.

In the Naxon household, it was used a lot in the summer, so the oven wouldn’t overheat the house. Naxon’s mother would throw potatoes in with a bit of water to make “boiked” potatoes, which were a cross between boiled and baked, as well as corn, borscht, stuffed cabbage, and sweet and sour meatballs with grape jelly and chili sauce.

“Chicken Paprikash” was another Naxon household specialty made in the Naxon Beanery, as was pot roast made in the electric skillet.

Meanwhile, as the Naxon Beanery’s popularity grew, a home economist at the Kansas City-based Rival Corpora-tion saw its potential. Naxon was already retired at this point, and he sold the rights for a lump sum in cash — he was financially conservative and didn’t want more speculative compensation like royalties, his daughter said. The casing was updated, the name was changed to the Crock-Pot … and the rest is history.

SMALL BITES: Chefs Yotam Ottolenghi and Sami Tamimi, who are well-known in the United Kingdom but originally hail from Jerusalem, won the best international cookbook for their shared effort, “Jerusalem: A Cook-book” (Ten Speed Press) in the James Beard awards earlier this month. The awards are the equivalent of the culinary Oscars. “Jerusalem: A Cookbook,” was the subject of my Sept. 27 column, and I haven’t grown tired of cooking from it yet. Every recipe I’ve made from it has been sublime, and it’s definitely turned out to

be my favorite cookbook of the year … Bay Area Jews concerned about the source of their kosher meat have joined buyers’ clubs. They pay a premium to ship thousands of dollars’ worth of kosher meat across the country from either Baltimore-based KOL Foods or New York–based Grow & Behold. Now there’s a more local option. KOL Foods has recently started working with a California rancher who is supplying 100 percent grass-fed glatt kosher beef. Customers can buy it in bulk, and the shipping fees are much more reasonable. For information and to place orders, visit www.kolfoods.com … Hagafen Cellars, located on the Silverado Trail in Napa, last week was recognized as a green business by Napa County. The proclamation said the kosher winery has gone “beyond compliance” in meeting the county’s green business standards, making it only one of a handful of wineries to do so.

Alix Wall is a personal chef in the East Bay and beyond. Her website is www.theorganicepicure.com. Send story ideas to [email protected] 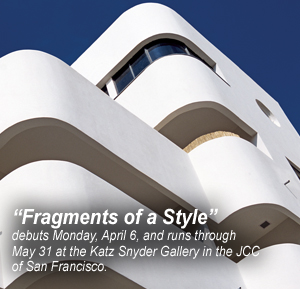