S.F. man puts la in front of falafel and oomph behind it

When I began hearing about a new food truck called La Falafel about 10 months ago, I didn’t think much about it. “La” made me think it was perhaps some sort of Mexican–Middle Eastern hybrid.

But then the truck showed up at Israel in the Gardens, and at a pre-party for young adults the night before. Turns out La Falafel is owned by 60-year-old Nissim Ninio, who was born in Tel Aviv and grew up in Jaffa.

La Falafel began its life as a food truck outside the auto body shop Ninio owns in the Mission District, but foot traffic was slow, so it now does regular (though sporadic) gigs: at the SoMa StrEat Food Park and at a few Off the Grid locations, notably U.N. Plaza every other Friday. Check the website, Twitter or Facebook for dates and times.

Ninio keeps the menu simple — falafel and kabob sandwiches, fresh hand-cut french fries and Israeli salad — to best achieve his goal: “making falafels the way falafels are supposed to be made, the way I remember that they taste from Israel, showing people what a real falafel is all about.”

Ninio, who emigrated from Israel with his family in 1969, at age 17, said he began his quest after scouring the Bay Area for good falafel and not finding any. “I had never made a falafel before in my life, but I know what it’s supposed to taste like.”

So he began working with a chef, doing his own extensive research and experimenting, and after several months he felt he had a winning recipe. “All the Israeli guys I know in San Francisco say it tastes just like the falafel in Israel,” he said.

The falafel balls are super fresh and not too crispy, and no one can argue with the hefty size of the sandwich. And Ninio is so particular about his pita that he generally won’t operate on weekends because he can only get his preferred pita baked fresh on weekdays. The truck includes a self-serve condiment bar with items such as tehina, shata (hot) sauce, pickles, beets, peppers and chunks of eggplant.

For Ninio, this is definitely a labor of love. Including the cost of the truck, its conversion, permits and supplies, he said he has sunk about $100,000 into the business.

MONTREAL TO OAKLAND: Made famous by the Montreal deli Schwartz’s (“La Charcuterie Hebraïque de Montréal”) and then given U.S. cred the past few years by the Mile End Deli in Brooklyn, N.Y., the Montreal smoke meat sandwich is a delicacy to be savored.

Since last month, it’s been available at a pop-up in Oakland called Augie’s Montreal Smoke Meat. Run by Lex Gopnik-Lewinski of Berkeley, the pop-up will operate only two more times — on Monday, Sept. 16, and Sept. 22.

The location is Beauty’s Bagel Shop, a good fit since Beauty’s serves Montreal-style bagels. The plan is for Augie’s to return in the spring, but until then, pre-sliced meat by the pound will be available at Beauty’s.

Of Portuguese and Ukrainian Jewish ancestry, Gopnik-Lewinski, 34, works as a producer at Comcast SportsNet Bay Area. He grew up in Toronto but had lots of family in Montreal, and when he visited as a kid and then went to college there, he developed a deep love for the smoke meat sandwich (tip: don’t call it “smoked meat”).

The meat is beef brisket that goes through a long process that includes steaming, seven days of curing with herbs and spices, a three-hour soak to draw out the salt, a final coat of spice rub, then into a smoker with chunks of maple wood, baked for five hours and refrigerated overnight. Hand-cut and served on Wise Sons rye, the meat is a bit crumbly like corned beef and has the spice of a hearty pastrami. And it’s certainly not lean.

“It’s not something you want to eat if you’re trying to lose weight,” Gopnik-Lewinski said.

It took him two years to hone the process, and the result is tasty — and popular. There have been long lines and hundreds of sandwiches served.

The restaurant is named after Gopnick-Lewinski’s 2-year-old son, Augie. He and his wife, Josie, are expecting another child soon, so these are indeed busy days.

People place their order the day before and then either pick it up or have it delivered (for a small fee). The fish is purchased fresh in the morning, then turned into sushi by a Japanese sushi chef under kosher supervision. The 25-item menu includes a good selection of rolls and nigiri, and the prices are comparable to or even lower than many Bay Area Japanese restaurants.

The enterprise, which launched Aug. 29 with 30 orders for some 70 rolls, is being guided by Alex Shandrovsky of the Jewish Study Network. The 26-year-old Russian American lived in San Francisco from ages 9 to 18, then moved back to the Sunset District about nine months ago after going to college and then living in Israel.

“My goal is to be able to create a thriving Jewish community … and one of the major points of a community is food,” Shan­drovsky said. “There’s a major gap and need in this community for high-quality kosher options available across all denominations. We are aiming to satisfy that need for quality while also keeping it affordable — and this idea is just part of a bigger strategy of bringing kosher food to the area.”

In addition to L’Chaim Sushi (above), another kosher sushi operation is getting off the ground in Palo Alto: Meira Academy has begun overseeing kosher sushi service at the Oshman Family JCC’s otherwise nonkosher Café on the Square. The sushi can be made to order when the sushi chef is on duty, or bought in kosher-certified packages when he’s not there. Meira Academy is an Orthodox, all-girls high school on the JCC grounds, and the school’s 18 students are being taught how to serve as kosher supervisors, said Rabbi Joey Felsen, executive director of the Jewish Study Network and board president of Meira Academy …Max’s Diner and Bar in Oakland’s downtown City Center reopened two weeks ago under a new franchise owner. It’s open weekdays 11 a.m. to 7 p.m. … Katz Bagels in the Financial District, on Mission Street near Second Street, has shut down … The glatt kosher Jerusalem Grill & Bar in Campbell featured Japanese cuisine and sushi on Aug. 22, and then a “MexiKosher Night” on Aug. 29. Visit www.jerusalemgrillbar.com to see future specials nights … Chef Isaac Bernstein, proprietor of Oakland-based kosher caterer Epic Bites, is hunting for a brick-and-mortar spot in Berkeley … Having secured its beer-and-wine license, Shorty Goldstein’s deli in downtown San Francisco is staying open for a happy hour from 4 to 6 p.m. weekdays, offering small bites and sandwiches to go with the adult beverages … Fresh off its appearance this week on “Diners, Drive-Ins and Dives” with Guy Fieri, Miller’s East Coast Deli will be selling food at the Sukkot Harvest Festival from 11:30 a.m. to 2:30 p.m. Sept. 22 at the Osher Marin JCC in San Rafael. Admission is free. According to the Food Network website, the episode with Miller’s (featuring matzah ball soup and latkes) will re-air at 9 p.m. and midnight Sept. 20, and 7:30 p.m. Sept. 21  … A new book titled “The Artisan Jewish Deli at Home” includes recipes, backgrounds on terms and profiles of some of the authors’ favorite modern Jewish delis (including Wise Sons in San Francisco). The Portland-based authors, Michael Zusman and Nick Zukin, will be in San Francisco for appearances on Oct. 12-13.  — andy altman-ohr 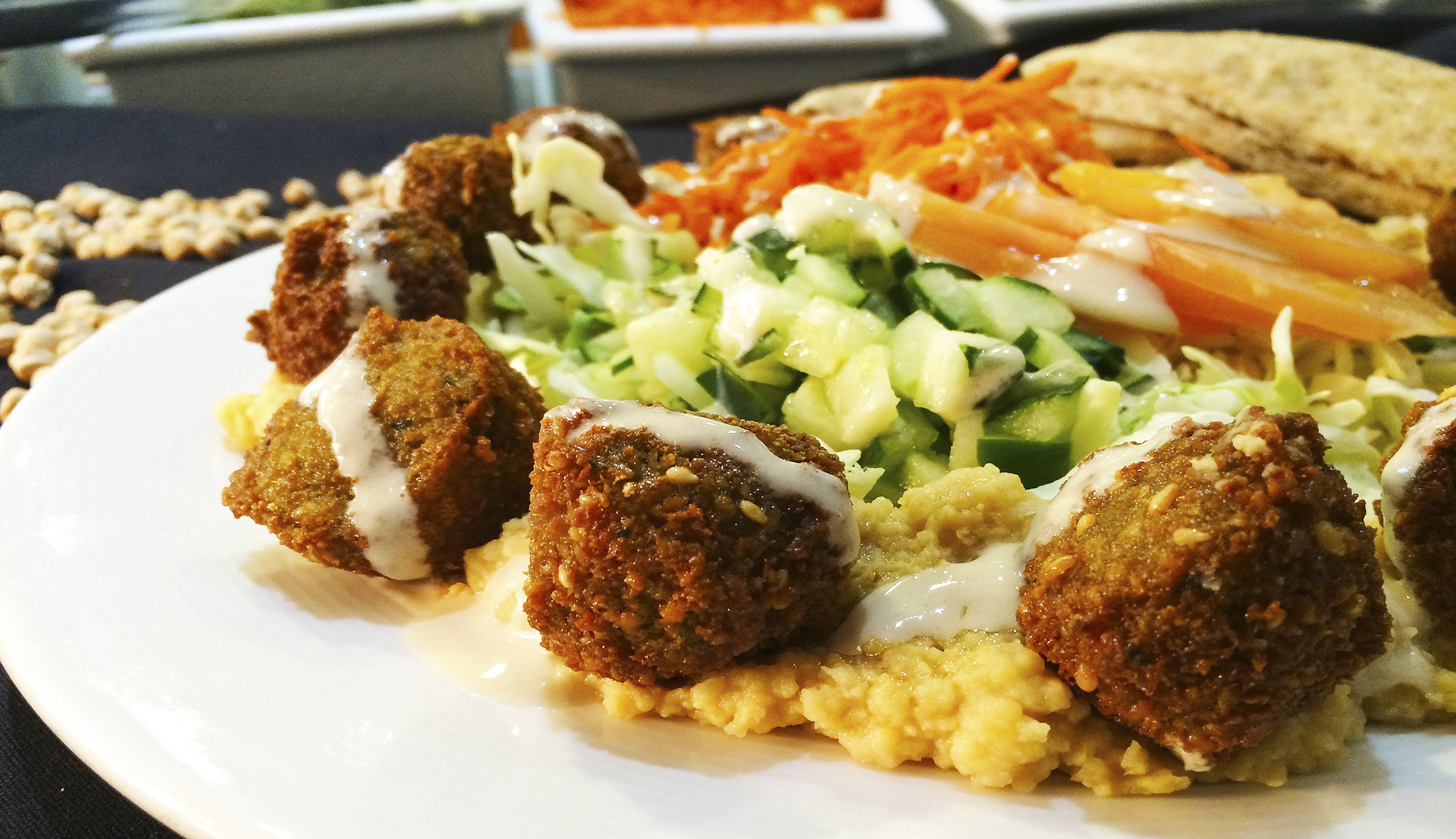