In a tough neighborhood, Azerbaijan is friend of the Jews

What country outside of Israel has a community composed exclusively of Jews who live there voluntarily and trace their roots to the destruction of the First Temple in 586 BCE? What Muslim country has dramatically expanded its economic and military ties with Israel? What country has a Shiite Muslim majority, no state religion, and provides state support to religious institutions, including Jewish ones?

The answer to all of these questions is Azerbaijan, which became independent from the Soviet Union in 1991.

I recently returned from a visit to this small nation surrounded by the Caspian Sea, Iran, Georgia, Armenia and Russia. Azerbaijan is a well-kept secret in almost every way — including its leaders’ commitment to flourishing multiculturalism, the theme of the Baku Humanitarian Forum to which I was invited by the Azerbaijani Foreign Ministry.

Approximately 750 international delegates attended the conference hosted by President Ilham Aliyev. Azerbaijan is not a Western-style democracy, and it has a strong leader who took over from his father. Yet, there is little doubt about Aliyev’s popularity in a country that is undergoing an astonishing economic and building boom.

President Aliyev spoke eloquently about Azerbaijan’s commitment to multiculturalism and positive interethnic and interreligious relations. He also spoke powerfully about the Armenian takeover of Nagorno-Karabakh, leading to approximately 1 million Azerbaijani refugees and the failure of the world community to respond in any serious way. The organizers’ hope clearly was that we would find shared values with Azerbaijan and support its quest to regain the territory currently held by Armenia.

The highlight of my trip was experiencing the unique Jewish story of Azerbaijan, and I am grateful to Azerbaijani Consul General Nasimi Aghayev for making it possible for me to experience it firsthand.

Our small group met with Ambassador Elshad Iskandarov, chairman of the State Committee for Work with Religious Organizations, who noted the growth of anti-Semitism in the world, especially in the Muslim world, and indicated that Azerbaijan stands in sharp contrast with that trend.

He explained that while the population is overwhelmingly Muslim, Azerbaijan is unique because: 1) it is on the Great Silk Road and therefore throughout history had to be open-minded; 2) the identity of the nation was built on many foundations, including that of the ruling Khazars whose leaders converted to Judaism in the eighth century; and 3) the form of Shiite Islam practiced is influenced by Sufi tradition and is committed to tolerance.

At the beginning of the 20th century, he noted, because the Russians did not allow Jews to purchase synagogues in the cities, the Muslim community bought land and gifted it to the Jewish community. He acknowledged the challenges posed by radical religious movements in neighboring countries, but stated that the tolerance in Azerbaijan can be a beacon for Europe. One way Azerbaijan is addressing the challenge is by sending guidance on sermons to the mosques aimed at reinforcing moderation. I wondered whether that step would be possible in a Western-style democracy.

Next we visited Parliament to meet with Yevda Abramov, a Jewish parliamentarian and a leader of the Mountain Jews. He talked about the Jewish community’s loyalty to the country, and reiterated the nation’s commitment to tolerance and cooperation, as well as the world’s double standard in ignoring the Armenian actions in Nagorno-Karabakh. He told us that not only is there good cooperation between Jews and Muslims, but Ashkenazi and Mountain Jews also get along.

We visited the New Synagogue, recently built by the government for approximately $2 million for the Mountain Jews living in Baku. The Mountain Jews come from the Quba region and comprise the majority of the 15,000 Jews living in Quba and Baku. Nearly 300 years ago, the area’s leader, Fatali Khan, allowed Jews to develop a community on one side of the river (free to move anywhere they wanted), and today 4,000 Jews live in Krasnaya Sloboda (the Red Village) — the largest community of Mountain Jews outside Israel.

At their synagogue in Baku, we met Milikh Ilhanonovich Yevdayev, chairman of the Religious Community of Mountain Jews, who told us that  300 to 500 Jews gather for the holidays in Baku, and that they have two schools and a yeshiva.

A delegation from the conference journeyed to the Quba region and visited the Red Village, which contains three synagogues. (There were 13 before the Soviets closed most of them.) We met Boris Simanduyen, head of the community, at a beautiful synagogue on Shabbat afternoon. He, too, praised the commitment of the Azerbaijani government to religious diversity and tolerance.

While a number of young people have left the community (for Moscow and elsewhere), and the population is down from a one-time high of 18,000, we were surrounded by children as we walked through the town and at the synagogue. One young teenager  opened a prayerbook and speed-read in Hebrew to show us what he had learned. As we left, I hoped that this truly unique chapter of Jewish history would continue and thrive.

The conference exposed us to a country that defies stereotypes and that deserves global Jewish recognition for its positive contributions to sustaining Jewish life and promoting a genuinely multicultural society in a very challenging neighborhood. Azerbaijan continues to grow relations with Israel despite pressure from its neighbors. We don’t have so many friends in the world. When we do, it is important to reach out to them in return. 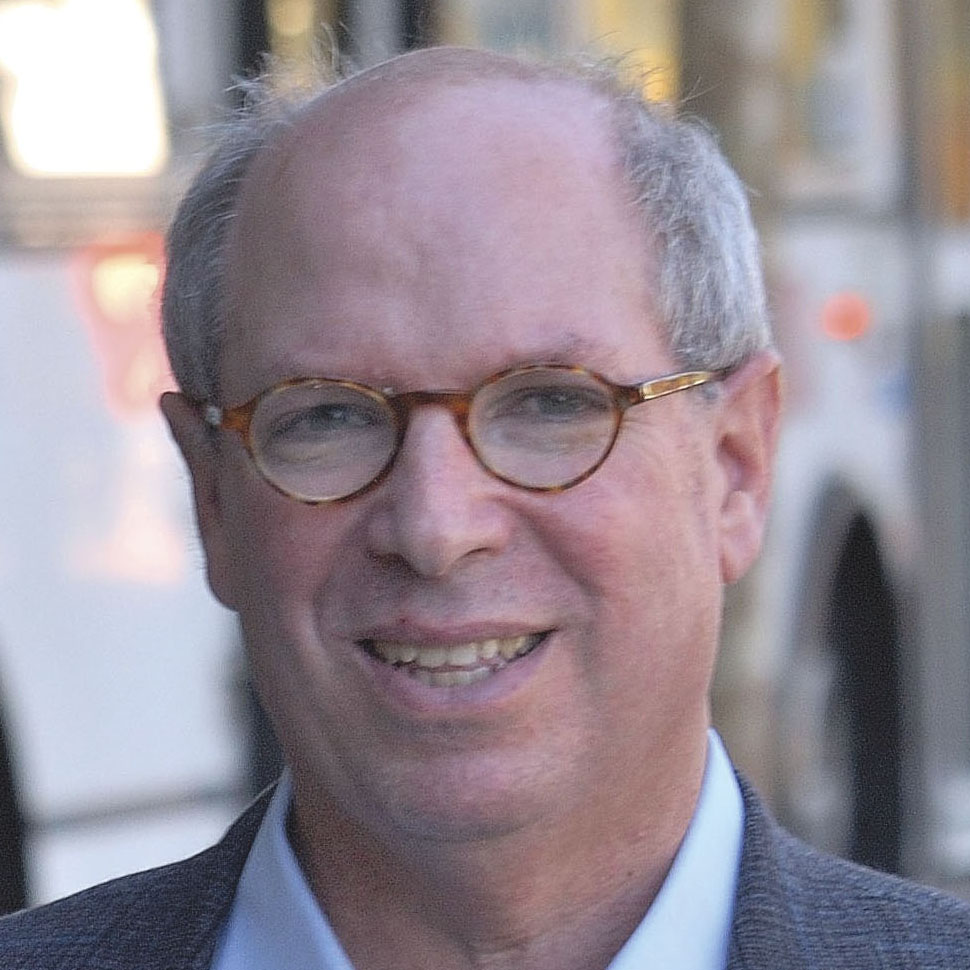 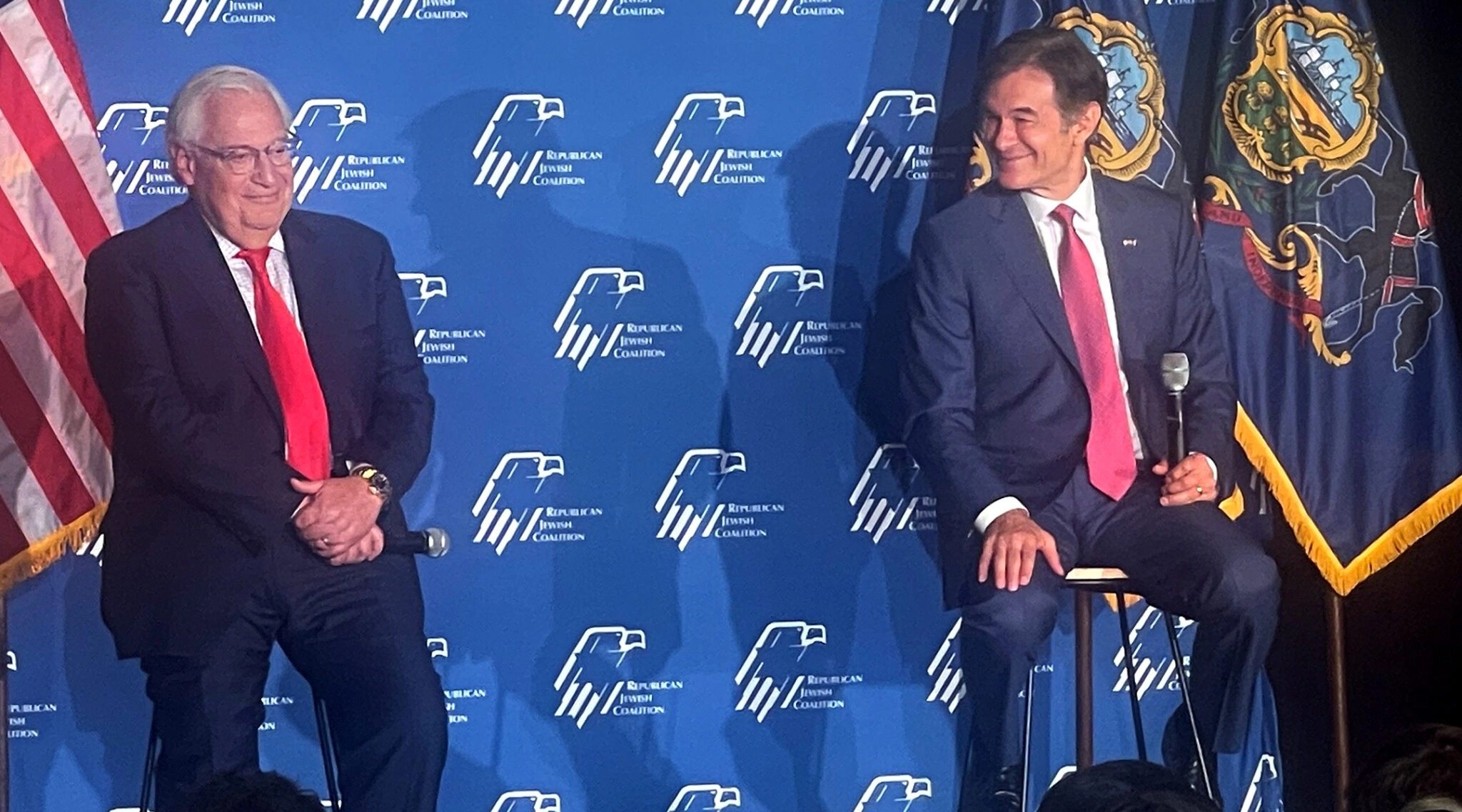